Your Quick & Easy Guide to The Fillmore in San Francisco, CA 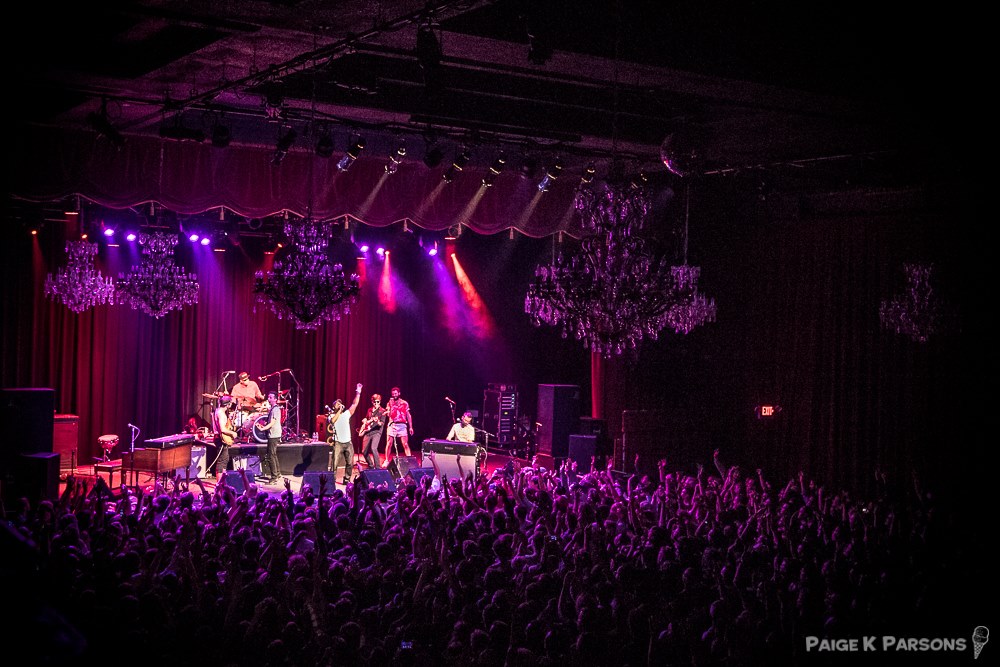 The Fillmore: San Francisco is one of the City by the Bay’s most storied music venues. The building at the corner of Fillmore St. and 1805 Geary Blvd. opened in 1912 as The Majestic Hall and Majestic Academy of Dancing. Over the next several decades, it became the Ambassador Dance Hall, then the Ambassador Roller Skating Rink. In the early 1950s, local entrepreneur Charles Sullivan renamed the venue The Fillmore and began booking big names in R&B and soul. Rock promoter Bill Graham took over in 1965, and The Fillmore became a hot spot for San Francisco’s counterculture movement. After a brief stint in the 1980s as The Elite Club, a premier venue for the nascent punk scene, The Fillmore reopened in 1994 and remains one of San Francisco’s most beloved concert venues. It has also inspired new Fillmore clubs throughout the country.

The Fillmore: San Francisco has always been at the forefront of major musical and cultural shifts. It brought in black music luminaries like James Brown and Ike & Tina Turner in the 1950s, and helped launch the careers of ‘60s revolutionaries like the Grateful Dead, Jefferson Airplane and Santana. The Doors, Jimi Hendrix, Pink Floyd, The Who, The Velvet Underground, Miles Davis, Aretha Franklin and more filled out the schedule that decade. In the 1980s, punk pioneers including Bad Religion, Black Flag and Dead Kennedys performed here. When The Fillmore reopened in 1994, The Smashing Pumpkins played a surprise show, before Primus officially christened the renovated venue. In 1999, Tom Petty & The Heartbreakers did an impressive 20-show run. If these walls could talk, they’d have countless stories to share. For now, they’re covered in The Fillmore’s famous concert posters handed out to concertgoers throughout the years.

A visit to The Fillmore deserves a whole night out in its historic neighborhood. Exceptional dining options are within a short walk. Grab sushi at Izakaya Kou across the street, or head a few blocks north to the center of Japantown for a bowl of noodles at Udon Mugizo or Marufuku Ramen. Or go upscale with the Michelin-star California fusion fave State Bird Provisions, located next door. You can also fuel up at The Fillmore itself with their selection of food, beer, wine and specialty cocktails. Public transportation is nearby, with a MUNI bus stop right out front, as well as several public parking facilities.

What are the Fillmore: San Francisco parking options?

There is no parking lot at The Fillmore, but street parking is available in the surrounding area. There are also paid parking garages within a five-minute walk, including the Fillmore Center Garage at 1475 Fillmore St. and the Fillmore Heritage Garage at 1310 Fillmore St. (the entrance is located on Eddy St.). The Fillmore recommends parking in well-lit areas and taking all valuables with you.

Yes. The Fillmore offers a rotating menu of diverse eats from their in-house kitchen, including quesadillas, nachos, burgers, salads, sandwiches and a few vegan options.

What are the seating options at Fillmore: San Francisco?

The venue allows for crowds of up to 1,315. Tickets are General Admission and accessible to all, with standing room in the main ballroom. The upstairs bar offers limited seating and overhead views of the stage. Get tickets here.

What are The Fillmore: San Francisco safety & security guidelines?

Will Call opens one half hour before doors. All guests are subject to bag searches. Prohibited items include weapons, drugs, food, beverages, wallet chains, mace, cameras and video/audio recorders. This list may change by show. For the latest information on The Fillmore: San Francisco’s safety and security guidelines, contact the venue office at (415) 346-3000 or consult the venue’s website.