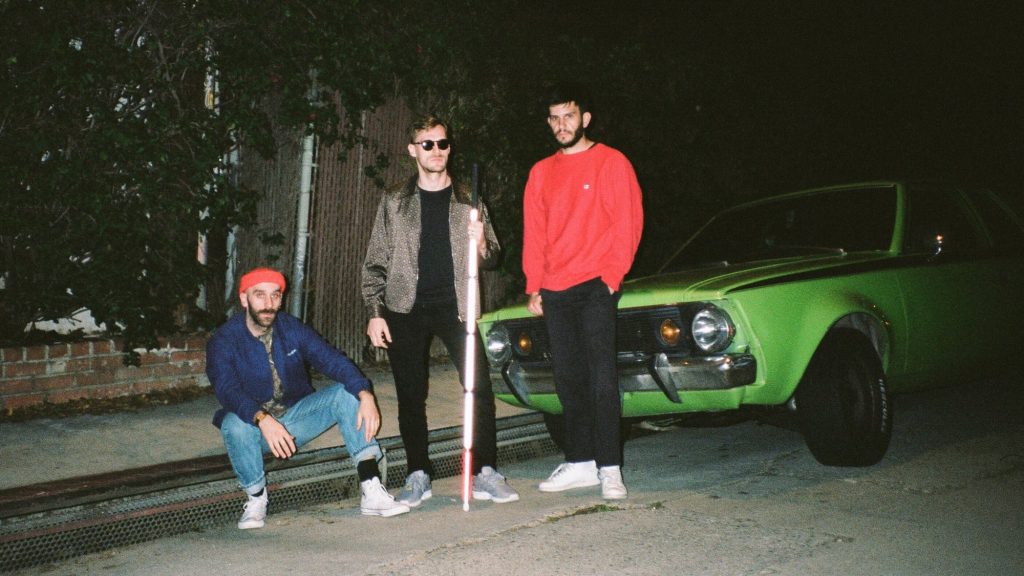 For a band of three people, X Ambassadors have always managed to sound as big as an army. Anthems like “Hey Child,” “Jungle” and “Boom” are the adrenaline inducing equivalent of skydiving, which is why we are so pumped to catch them on their new tour, fresh off the release of their most recent album, Orion.

Just as the trio — brothers Sam (vocals) and Casey Harris (keyboards) and Adam Levin (drums) — embarked on their new tour, which extends until the end of 2019, we caught up with Casey for a Ticketmaster 10 interview. During our discussion, we talked about his favorite concert ever, the show he is most excited to binge and much more. Read the full interview below, and be sure to pick up tickets right here.

1. What’s the first song you learned to play?

2. What’s your favorite memory of attending a show as a fan?

J. Cole playing at Lollapalooza in 2012, before he had much success. He had a DJ and a full band with him, and he killed it! His verses blew me away. I’ve never seen a rapper work with a band like that before. On the same stage was Tune-Yards, and she was unbelievable as well. The J. Cole set  just stands out for me. We played the first day at the BMI stage, and we were just wandering around, and he and Tune Yards were the highlights of the festival.

I’d really love to have dinner with Obama. He was such a G and he’s still such a G. I’d love to pick his brain and see if he has any solutions to help the current state of the country.

Jan Hammer. He was one of my biggest keyboard influences growing up, and to this day, is still one of the best keyboard players ever. I hear he doesn’t go to many concerts these days, but if he were in the crowd I would be a nervous wreck.

6. What’s the first lyric you wrote that you were really proud of?

I had a band before Sam’s band, and I can say that I am probably not proud of any of the lyrics that I wrote in that band. In terms of the first lyric that I was the most proud of my brother for — that would be an unreleased song that he wrote for his then-girlfriend at 16 or 17, and it was called something like “Don’t Lose Me Like That.” One of the lines I remember is “Baby don’t look confused I love you.” Some of the first love songs he wrote were pretty impressive.

“No matter how many packets of ramen you have to eat, don’t give up on what you love.”

To be totally honest, we probably mostly make music for ourselves. But now we have a fanbase which is why we didn’t release Joyful and went on to release to Orion. We put music out now with our fanbase in mind.

I guess it’s kinda cliche but keep trying and don’t give up. And find what you love and do it because you love it. Persistence and not throwing in the towel, ever. No matter how many packets of ramen and eggs you have to eat, don’t give up on what you love.

I would say as close to 10 as anyone could ever get. I have a baby boy and a wife who’s amazing. Sam just got married. We’re about to go on tour. Adam has a girl he loves and just finished renovating his childhood home and put a studio in the back. So we’re all living on a 10 here.

12. What’s your favorite ritual before you grace the stage?

We are all very bad non-practicing Jews in the band. So we say the prayer of the Shehecheyanu before any show.

13. What’s been your favorite show to binge on the road?

On the road, I’m pretty much an audiobooks guy. I read Ben Bova — his Grand Tour series was pretty amazing. It must have been more than 20 books. That took me through multiple tours. My wife and I are really looking forward to the new season of Big Mouth. That show is really funny.

14. What is your dream instrument to own and why?

There is nothing in the world that compares to the experience of playing a big, badass grand piano. That probably has to be my number one. Followed by a Hammond organ.

15. What would you tell your younger self now as an established star?