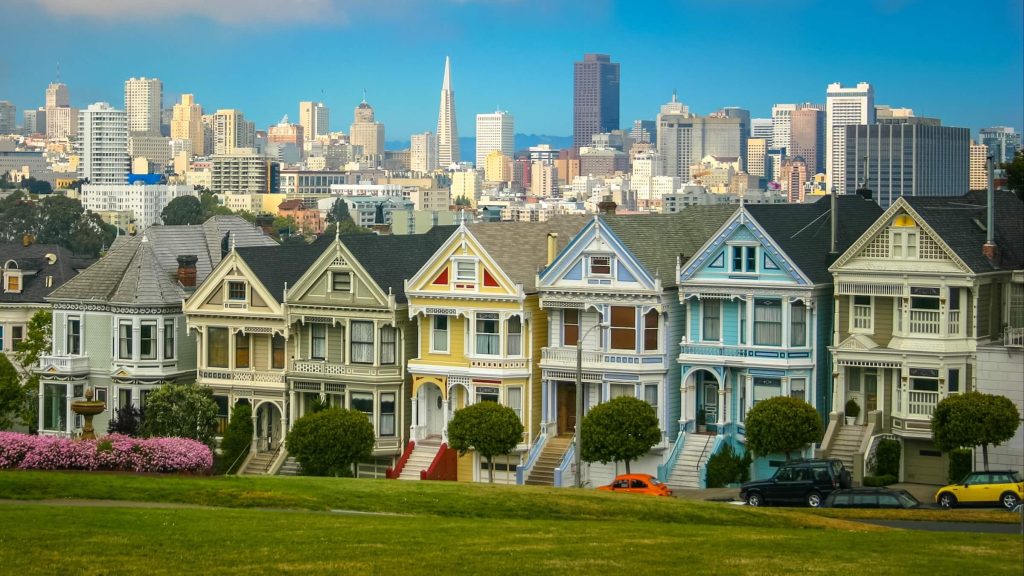 As the 17th most populous city in the U.S. and the fourth in California, San Francisco is a beautiful, historic hub packed with fun activities for visiting groups and residents, regardless of how many are in your party. Home to 4.7 million residents, San Francisco resides in Northern California’s bustling Bay Area — a global hot spot for both economic output and cultural attractions. With such a vast landscape of things to do, it would be easy for anyone — visitor or resident — to become overwhelmed with options. From walking tours to sports games to mouth-watering cuisine, here’s a helpful breakdown of things to do with large groups in San Francisco.

Get Your Group & Go to a Sports Game

If sports are your thing, you’ll be glad to know that San Francisco offers tons of opportunities to catch a ball game. Over in the city’s SoMa neighborhood is the Major League Baseball stadium Oracle Park, the recently renovated home of the San Francisco Giants. Previously known as Pacific Bell Park, SBC Park and AT&T Park, Oracle changed its name in 2019 when it was purchased by the Oracle Corporation. It’s located along the San Francisco Bay and has also hosted professional and college football. You can easily get to Oracle Park by taking the Muni Metro or Muni Bus, Caltrain, or even via ferry. You can also visit Oracle Park when the Giants aren’t in town —  anyone can stop by for a behind-the-scenes tour of the facility.

Across the Bay in Oakland, you can check out the Oakland Athletics baseball team (called the Oakland A’s for short). The American League team moved to Oakland in 1968 and have been playing at the Oakland Coliseum (currently branded as RingCentral Coliseum), which is reachable by car, BART, Alameda County Transit, or Capitol Corridor Train.

Meanwhile, if you’re more into basketball, you could hit up the Chase Center, an indoor arena in the Mission Bay neighborhood that hosts the NBA’s Golden State Warriors. Chase Center is also the place to see National Collegiate Athletic Association (NCAA) games, both men’s and women’s. Chase Center is still relatively new, having opened in 2019, and seats more than 18,000 for Warriors games.

Or, if football’s your game, San Francisco has you covered. At Levi’s Stadium, located just a short drive away in Santa Clara, you can catch the San Francisco 49ers live. Levi’s has been home to the 49ers since 2014 and memorably hosted Super Bowl 50 in 2016 and the College Football Playoff National Championship in 2019. There’s more than enough room for the whole family, with a seating capacity of 68,500. One of the first stadiums registered with the US Green Building Council, Levi’s actually has an organically maintained rooftop farm called the Faithful Farm. It grows herbs, tomatoes, peppers, zucchini, leafy greens, and edible flowers (among the crops), and all are harvested for use in dishes served at the stadium during games. Learn more about Levi’s Stadium ESG initiatives.

Bring the Band to a Concert

San Francisco is positively packed with live music options. Over in the Tenderloin is the opulent and historic Great American Music Hall, which features both standing room and seated areas, two full bars, and a top-notch sound system. In the SoMa district, there’s Slim’s — a 500-person capacity nightclub that over the years has seen sets by everyone from Radiohead to Patti Smith. In the Mission District, there’s The Chapel, which opened in 2012 and is the West Coast home for New Orleans’ Preservation Hall Jazz Band.

This name should ring a bell: The Fillmore is one of San Francisco’s most iconic music venues. First opening in 1912, the Fillmore has hosted performances from the most groundbreaking acts in rock and pop music, including Jimi Hendrix, the Grateful Dead, Led Zeppelin, Pink Floyd, Tom Petty and the Heartbreakers, and hundreds more. (Learn more about the bag policy and capacity at The Fillmore.)

Elsewhere, your group can check out live music at The Warfield, which opened in 1922 and is where Bob Dylan famously kicked off his 1979 “Gospel Tour.” It’s also hosted the likes of the Grateful Dead, David Bowie, Louis Armstrong, Prince, and U2.

Oracle Park, San Francisco’s home to the Giants, also doubles as a music venue. Over the years, the stadium has featured concerts by Bruce Springsteen and the E Street Band, Metallica, Lady Gaga, The Eagles, and more.

On Divisadero Street, you’ll find The Independent, another venerable music venue in the city’s NOPA/Western Addition neighborhood. Founded in the late ’60s, The Independent has hosted performances by Nirvana and Jane’s Addiction (back when it was called The Kennel Club), Thelonious Monk and Miles Davis, and John Legend, Beck, and Vampire Weekend.

For another fun activity, your group can also check out an indie-rock show at Bottom Of The Hill — a 350-person space at the bottom of Potrero Hill, blues at the Saloon (SF’s oldest bar, having opened in 1861), jazz at SFJAZZ Center, or big-ticket rock acts at the Bill Graham Civic Auditorium or the SF Masonic Auditorium. The Masonic in particular is a mid-sized, 3,300-person Live Nation venue that underwent a total renovation in 2014, reopening with a brand-new stage, a custom-built sound system, and tiered levels that can accommodate seats and an open floor space. (Learn more about parking and seating options at The Masonic.)

Get Group Laughs at a Comedy Show

If your group wants to get a few laughs in, San Francisco is a major hot spot for comedy. Whether you’re interested in catching a set from the next big thing or someone more established, SF has you covered. For starters, check out Punch Line SF, which opened in 1978 and regularly features stand-ups working on new material (such as Zach Galifianakis, Amy Schumer, Nick Swardson, Chelsea Handler, Hannibal Buress, Bill Burr, Gabriel Iglesias, Aziz Ansari, Marc Maron, John Mulaney, and Margaret Cho).

Then there’s Cobb’s Comedy Club in Fisherman’s Wharf. Cobb’s has been around since 1982 and has 400 seats (so you can really bring all of your friends), a full dinner menu, and full-service bar. Famous acts who’ve appeared at Cobb’s include Dana Carvey, Dave Chappelle, Dave Attell, Russell Peters, Jo Koy, Anjelah Johnson, Bill Burr, and many more funny people.

Other SF comedy options include Dylan’s Comedy Bus Tour (where you get stand-up comedy and a tour of the city), Cheaper Than Therapy, and improv spots BATS Improv Theatre, Secret Improv Society, and Moment Improv Theatre. Also look out for comedy theater venues like PianoFight, which puts on sketch comedy skits, cabaret, live music, and plays, and The Marrakech Magic Theater, which features fun, fantastical evenings hosted by magician and comedian Jay Alexander.

Get tickets to a San Francisco comedy show