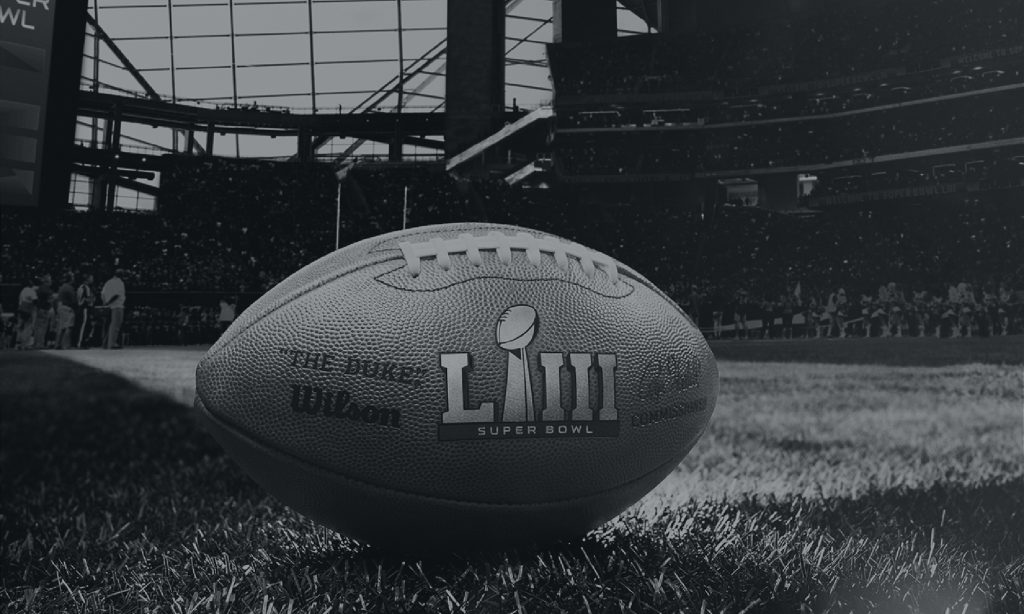 For many of us, this week’s main focus is on Atlanta, where one of the biggest sporting events of the year is going down this Sunday — need we say more? But there’s plenty of juicy stories for music fans, too – starting with a ‘90s alt-rock hero soon to be making a splash on Broadway, and a few other rock vets ready to take on the summer tour circuit. Meanwhile, some major guitar maestros announce their own exciting upcoming plans.

The sun sets on another eventful day in Atlanta. Three more nights until #SBLIII.

Yep, it’s Super Bowl weekend, and fans are already flooding the streets of Atlanta in anticipation of Sunday’s Big Game. This year, the New England Patriots are back to defend their title against the Los Angeles Rams at the still shiny-new Mercedes-Benz Stadium. We’ll see if the game turns out like the 2002 Super Bowl XXXVI, when the Patriots defeated the Rams (then representing St. Louis).

For those more into the music than the game: nearby State Farm Arena is hosting three epic nights of talent leading up to kickoff, Gladys Knight is scheduled to perform the national anthem, while Maroon 5, Travis Scott, and Big Boi are set to rock the halftime show. If you’re keen on seeing it all in person, there’s still a chance to get tickets from The Official Marketplace of the NFL.

It’s been nearly 25 years since Alanis Morissette released her massively influential, Grammy-winning album Jagged Little Pill, which has since gone on to become one of the best-selling albums of all time. With its raw mix of anger, hopefulness, love, and loss, the album is naturally ripe for a Broadway treatment. The musical rendition of Jagged Little Pill debuted last year at Cambridge, Massachusetts’ American Repertory Theater, and now it’s ready for the big time. It’s slated to premiere on Broadway this fall, featuring songs from the 1995 album, as well as a book by Oscar-winning screenwriter Diablo Cody of Juno fame (and more). Stay tuned for more information as the venue and dates are confirmed, and in the meantime, you can catch Alanis performing at weekend one of the New Orleans Jazz & Heritage Festival.

Excited to head out on the Summer Gods Tour 2019 with @jimmyeatworld! Register NOW for #VerifiedFan presale: https://livemu.sc/SummerGodsTour #SummerGods19

Two great alt-rock vets will join forces this summer when Third Eye Blind and Jimmy Eat World head off on a 35-city Summer Gods Tour. Both bands have been going strong for over 25 years now, so there will be plenty of music covered during each stop on their North American run. New York indie rockers Ra Ra Riot will be opening. The tour kicks off on June 14 in Los Angeles and will snake its way through the U.S. before closing out in Irvine, California, on August 3. Tickets are on sale starting today.

4. Tame Impala Takes on the South (and Boston)

The Australian psych-pop stars have added a few key shows to their spring trip to North America, including a headlining spot at Atlanta’s Shaky Knees Music Festival on May 3-5 and another one at the Boston Calling Music Festival on May 24-26. In between, they’ll be making their way to Nashville, Asheville, St. Augustine, and Miami Beach. Tickets for these shows go on sale today.

5. John Mayer With and Without The Dead

I’m too excited to write this caption gracefully. All these songs. This big beautiful band. Your smiling faces. Our looking into our own lives and singing along to it. THE AIR CONDITIONING. Can’t wait to see you…. ⏱presale begins tomorrow at 10am local time. Details at johnmayer.com 🎟Tickets will go on sale to the general public beginning Friday, February 1, at noon local time through Ticketmaster.com

Guitar hero John Mayer never seems to slow down. He’s just dropped a collaboration with fellow troubadour Ryan Adams, and now he’s planning a busy summer around the U.S., both solo and with Grateful Dead spin-off Dead & Company. Mayer will join original Dead members Bob Weir, Mickey Hart, and Bill Kreutzmann for shows in late May, June, and early July, before heading off on a solo trek, starting July 19 in Albany, New York, and wrapping up in Inglewood, California, on September 14. Tickets for Mayer’s headlining tour are on sale as of today.