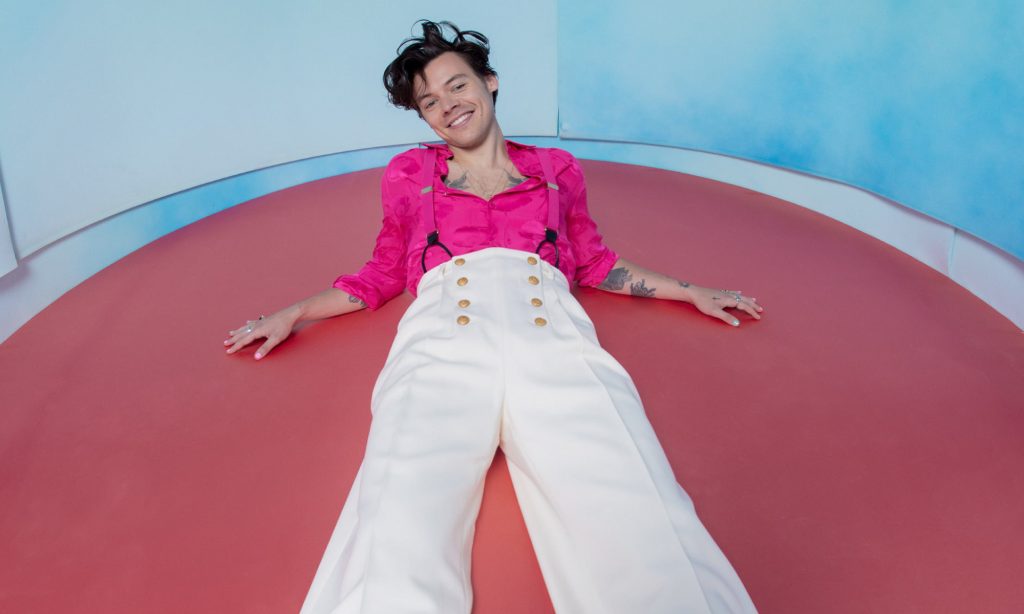 It’ll be a big weekend for soccer fans as the 25th Major League Soccer season kicks off with the debut of two new clubs, Inter Miami CF and Nashville SC. Meanwhile, in Indianapolis, the country’s top college football players are now showing off their talents in front of the NFL’s most important decision makers for the NFL Combine. This week in music, we’ve got exciting announcements, including a new tour from multiple ACM award nominee Maren Morris, a 50th-anniversary celebration from electronic pioneers Kraftwerk, and a surprising Halloween (or Harryween) event from Harry Styles.

This Halloween will now be “Harryween” — at least in the hallowed space of New York’s Madison Square Garden. Harry Styles just announced a two-night run in New York on October 30 and 31 along with guest Orville Peck. Bring out your fanciest (or perhaps fiercest) costumes to this “Fancy Dress Party.” The announcement also comes with a video for his newest single “Falling,” off his sophomore album Fine Line. If you can’t make it out to NYC for Harryween, no fear: in June the former One Direction singer returns from a European trek to perform his Love On Tour in the States. Tickets for Harryween go on sale next Friday, March 6, while tickets are currently available for the rest of the tour.

The 25th Major League Soccer season officially begins tomorrow, February 29, and runs all the way up to Decision Day on October 4. This season includes more games than ever with 26 teams in total and two new clubs, Inter Miami CF and Nashville SC. All will attempt to take down defending champions the Seattle Sounders FC. Opening weekend sees the debut of Nashville SC, who take on Atlanta United on Saturday night, and the inaugural match of Inter Miami CF against LAFC on Sunday.

🏮RSVP: THE TOUR.🏮Tix + VIP on sale next Friday. Get access to the presale by signing up for my fan club at my bio link. My Europe/UK/AUS/NZ babes, 🥰 we are coming in 2021. So come on, don’t be late… #RSVPTHETOUR

It was a big week for singer/songwriter Maren Morris, who not only announced her upcoming North American tour, but also received a whopping five ACM Award nominations. The country crossover star is up for awards including Female Artist of the Year, Album of the Year for Girl (in which she’s also a coproducer), Group of the Year with the Highwomen, and Music Event of the Year for her appearance on Miranda Lambert’s “Fooled Around and Fell in Love.” The ceremony will be held on April 5 in Las Vegas. Meanwhile, Morris’ RSVP: The Tour is set to kick off in Boston on June 5 and close out in Los Angeles on October 17. Tickets go on sale next Friday, March 6.

All eyes have been on Indianapolis, where the 2020 NFL Scouting Combine has been taking place. The combine involves over 300 of college football’s best players who are looking to impress an intimidating group of coaches and executives from all 32 NFL teams as they start considering their top picks for the upcoming NFL Draft. So far, the projected No. 1 pick, LSU quarterback and Heisman Trophy winner Joe Burrow, reportedly had a solid interview with the Cincinnati Bengals. Meanwhile, Missouri tight end Albert Okwuegbunam displayed a speedy 4.49-second time to top the 40-yard dash. Other tests throughout the week include the 20-yard and 60-yard shuttles and the vertical and broad jumps. Stay tuned this weekend for full results.

German band Kraftwerk kick-started an electronic revolution when they formed back in 1970 and went on to release monumental albums like 1974’s Autobahn and 1977’s Trans-Europe Express. To celebrate 50 years together, the music legends are heading to the U.S. and Canada for the summer to bring back their 3-D live show — a mind-warping sound and visual experience. The tour starts on June 19 in Seattle and will run up to August 1 in Montreal. Tickets are on sale now.