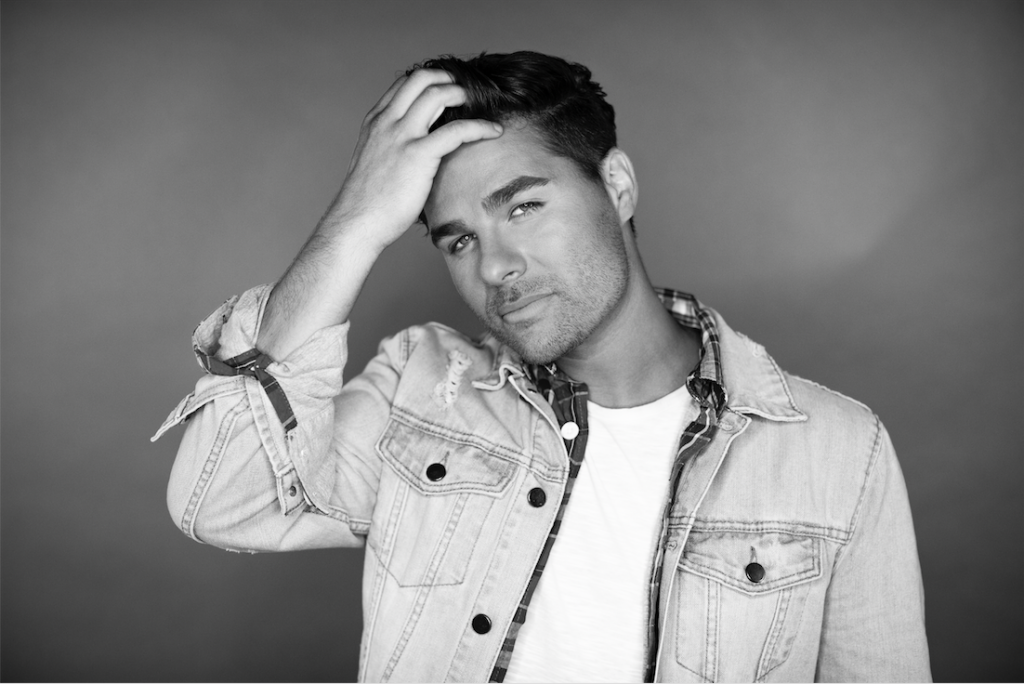 So it goes in Nashville: you pay your dues by putting pen to paper, and hope someone turns your song into a smash hit. Steven Lee Olsen’s been lucky to have this magic happen for Country talent like The Judds, Craig Morgan, and Keith Urban. Better yet, soon he’ll appear in Nashville at a special gig supporting Jason Aldean.

Ticketmaster had a chance to chat with Olsen as he begins to build his very own career in his own spotlight as a performer. Hopefully he’ll be coming to a city near you soon – and in the meantime, his latest album Timing Is Everything is available Friday, November 9th for purchase and streaming.

The Ticketmaster 10 with Steven Lee Olsen

From a few weeks back in Hamilton, Ontario. You can see my mom watching from backstage. She’s the best. 💙💙 #happymonday #loveyoumom

SLO: A terrible rendition of “Stairway to Heaven” because it was the only thing my uncle knew how to play.

2. What’s your favorite memory attending a show and why?

SLO: Writing “Blue Ain’t Your Color” was a total gift from heaven but watching Keith Urban play it live at Bridgestone Arena in Nashville surrounded by my peers was pretty surreal.

SLO: I’d love to sit with Albert Einstein and pick his brain on general relativity over some chips and queso.

SLO: I’m not sure about the first, but I’m pretty proud of the first few lines in the song “Undefeated” on my new record— “Float like a butterfly, sting like a bee.” Anytime you can use a Muhammad Ali reference in a song is a win in my book.

SLO: I’d love to work with Ed Sheeran. His writing style is unpredictable and I’m sure we’d create something bad ass.

SLO: I honestly do it for me. It’s the form of expression I was given to work with.

SLO: “Timing Is Everything” and so is mochi ice cream.

I’ve loved playing this song from the second we wrote it! Thought I’d share a little with ya. Have a grateful day everyone 🤙🙏🏻💙 #timingiseverything

On a scale of 1–10, how stoked is Steven Lee Olsen on life right now?

What’s your favorite ritual before you grace the stage?

Where are you dying to play a show / visit?

SLO: The Budweiser Stage (formerly Molson Amphitheater) in Toronto, ON

What is your favorite piece of clothing / wardrobe, and why?

SLO: Anything with a hood.

What would you tell your younger self now as the rising star you are?

What food / drink could you not live without if you were stuck on a deserted island?

Who is your celebrity crush?

What is your dream piece of gear / instrument to own and why?

SLO: I’d love to own a grand piano.

What is your favorite board game / parlor game and why?

Take a spin through Steven Lee Olsen’s Timing Is Everything when it hits stores and streaming services on Friday, November 9th and look out for him stopping through a city near you soon!

The keeper of good vibes answers a Ticketmaster 10 interview before hitting the road with Kenny Chesney.