Ruth B. Says Her Fans Are Her Friends In Exclusive Interview 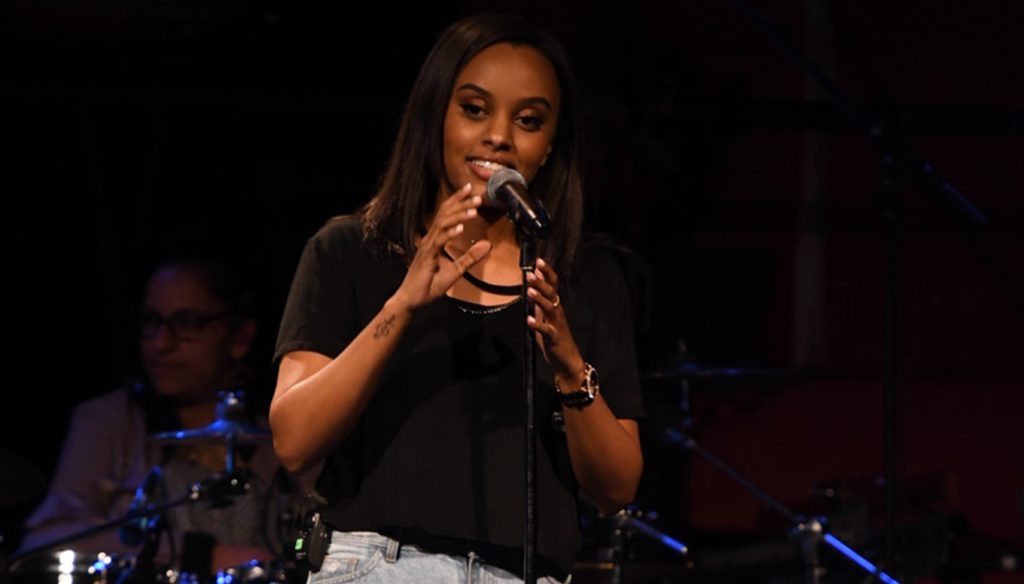 If her lyrics seem like they were ripped straight out of a book of prose, that’s no mistake. “Growing up I really loved writing poetry and reading books. And I also loved music but I never really put the two together,” the singer explains in an exclusive interview with Ticketmaster Insider. “It kind of started when I wrote “Lost Boy” about three years ago, so it kind of happened naturally over time.”

I live for this shit. Thanks San Fran ❤️

Though the song name checks Peter Pan and Captain Hook, it was not inspired by the original J. M. Barrie book or play, but by the characters in the TV fantasy drama Once Upon a Time. Ruth B. posted a snippet of the song on Vine in 2014 and watched it turn into a viral sensation. She fleshed out the rest of the song and posted it to iTunes, where it became a hit in her native Canada, the U.S. and Europe.

While every artist loves their fanbase, Ruth B.’s connection with hers goes a little deeper than most. “We have a relationship that’s more like a friendship,” she says. “We talk about music and anytime I’m on Twitter we’ll have in depth conversations about the songs and what they mean.”

This one hour of my night is my very own Safe Haven. Thank you endlessly. Until next time ❤️

When asked what she hopes people get from her music, Ruth answers, “honesty,” before adding, “I just want people to know that its okay to feel and live and have experiences and write about them.”

While 2017 has already been a banner year for Ruth B., including the release of her debut album Safe Haven and winning a Juno Award for ‘Breakthrough Artist of the Year,’ she has big plans for 2018 as well. “I’m going to be writing a lot and making new music,” she says. “I’m excited for people to hear what’s next and for people to grow with me.”

For more Ruth B. and other artist exclusives, check out our New Music Favorites!