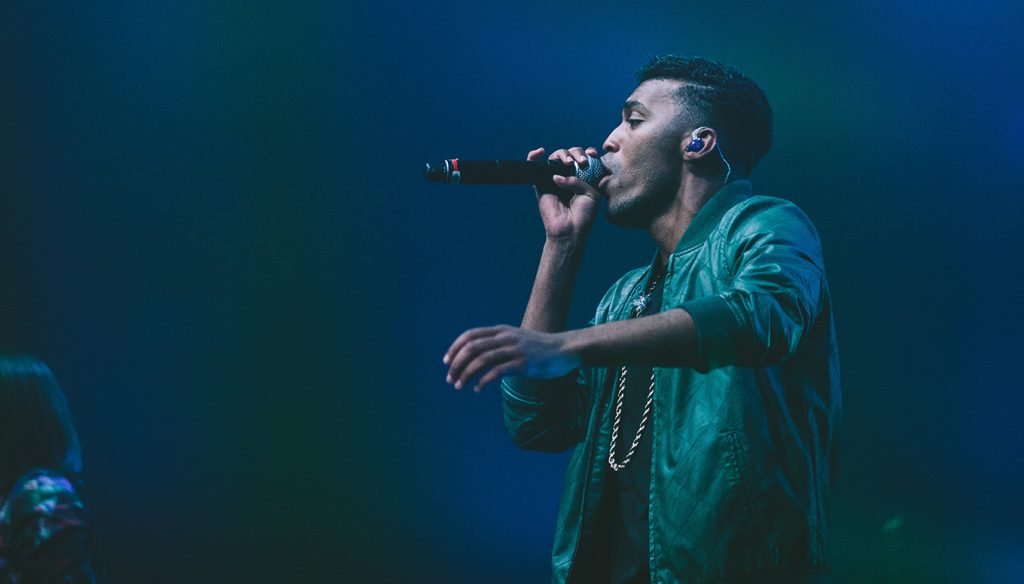 While people are just getting to know DAVIE, he’s been paying his dues since he was a kid, and has a sound which is both utterly new and classic at the same time. “I grew up in a very musical church family. We were like a traveling gospel band,” he says about his early years in an exclusive new interview with Ticketmaster Insider.

His church background actually inspired his single “Testify,” which has been featured on the television show Grey’s Anatomy, as well as a new ad campaign for Wild Turkey Bourbon.  “I just always remember those moments when people would shout out their testimony,” he explains. “I just went back to my home church and they were doing that and I was like “There’s a song.”

Selling whiskey might not be the most churchly of pursuits, but the Wild Turkey commercial gave the singer the chance to meet Matthew McConaughey. DAVIE says working with the actor was “surreal,” adding, “Its one of those things where you meet someone that you think is going to be awesome, and you’re like, ‘I hope that they’re awesome,’ and he actually was. It was fantastic. It was great.”

RELATED: Get To Know DAVIE

While “Testify” can sit easily in a playlist in between Beyoncé and James Brown, DAVIE’s tastes run the gamut from classic rock to hip hop and all points in between. He says his dream collaboration would be with Stevie Wonder, who he calls a “living legend,” and says his favorite song is “Landslide” by ‘70s soft rockers Fleetwood Mac. “It just kind of takes me to a place and it calms me down.” Changing course yet again, he cites Cardi B’s “Bodac Yellow” as his current guilty pleasure.

DAVIE has big plans for the upcoming year, including, “More music, more visuals, more collabs and hopefully some cool merch.” Touring is naturally a part of the plan. To get pumped up before a show, the singer watches performances by Beyoncé and Justin Timberlake for inspiration, but adds, “lately I’ve been singing ‘Looking Up’ by Paramore at the top of my lungs” as part of his pre-show ritual. As for his favorite moment on stage so far, DAVIE responds, “I love playing shows where my parents can come. I like singing and watching my parent react.”

Don’t forget to check out our New Music Favorites page for more DAVIE and other artist exclusives!