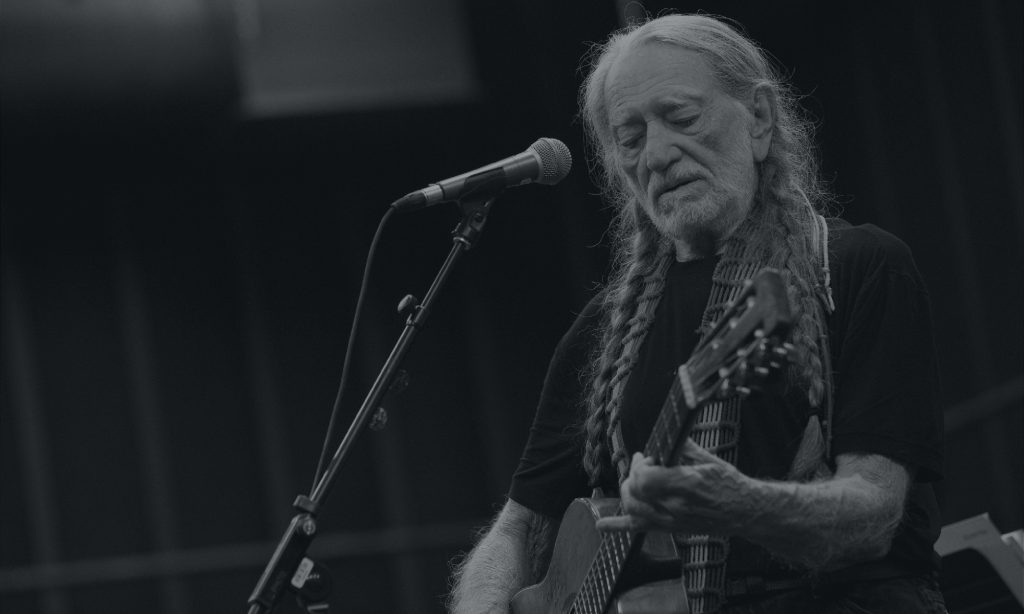 This week, we’ve got a string of new festivals and shows to share. A country legend heads back on the road with his gang of outlaws, while a beloved hip-hop mogul announces an exciting new venture. Meanwhile, a veteran crooner takes on Broadway, ‘90s alt-rock heroes join forces to tackle the summer tour circuit, and one of rap’s most promising stars gets our vote for best laugh of the week.

1. Willie and his Outlaws Return to the Road

Willie and Mr Mister (head of road security) will take a well deserved break for a few days. See you in Florida on March 1st.

Living legend Willie Nelson is bringing back his popular Outlaw Music Festival tour and has invited a whole lot of his most famous friends. The lineup will vary by venue, with shows including artists like Phil Lesh & Friends, The Avett Brothers, Alison Krauss, Hayes Carll, and even performances from Nelson’s sons, Particle Kid and Lukas Nelson & The Promise of the Real. The Outlaw Music Festival will kick off on June 14 in Bangor, Maine, and head west and then south, concluding on July 3 in Dallas, Texas. Tickets go on sale for most dates throughout today or tomorrow.

2. Pharrell Williams Launches His Own Festival

As if he didn’t do enough already, the artist, producer, and entrepreneur Pharrell Williams has just announced his new mult-iday music festival he’s calling Something in the Water. The event will be held April 26-28 on the beach in his hometown of Virginia Beach. Along with Pharrell, the lineup will include Travis Scott, Migos, Missy Elliott, Dave Matthews Band, Janelle Monae, and SZA. Tickets are on sale as of today.

Following in the footsteps of Bruce Springsteen, whose Springsteen on Broadway run was Ticketmaster’s 2018 Event of the Year, rock crooner Morrissey will be taking up residency on Broadway this May. The former Smiths frontman will take the stage at the Lunt-Fontanne Theatre for seven shows, May 2-11. He’ll be covering songs from his entire career, and there’s a good chance he’ll play a few new tunes from his upcoming album, California Sun, due out May 24. Tickets are on sale as of today.

Excited to announce The Smashing Pumpkins and Noel Gallagher’s High Flying Birds will be touring North America this summer with special guests AFI. Tickets on sale this Friday, March 8th, at 10AM local. smashingpumpkins.com . . . *LA’s on sale date TBA

If you’re a ‘90s alt-rock fan, we’ve got a few good excuses to get out and see live music this summer. First up, The Smashing Pumpkins and Noel Gallagher’s High Flying Birds have just announced a North American summer tour, starting on August 8 in Camden, NJ, and heading to over a dozen more cities before wrapping up in Mountain View, CA, on August 31. Tickets are on sale as of today.

It's that time again! The ALTIMATE TOUR with @freaks4live and @ourladypeace goes on sale Friday, 3/15. VIP Ticket Packages – Including show ticket, meet & greet with the band & side stage viewing – Available from 3/11 Pre-sale starts 3/11 with code: Altimate More info at the link in bio #SummerTour #BUSH #GavinRossdale #northamerica #tour

Meanwhile, +LIVE+ and BUSH will be joining forces on their own co-headlining summer tour to celebrate the 25th anniversary of their respective landmark albums, Throwing Copper and Sixteen Stone. The tour starts June 6 in Mashantucket, CT, and concludes on September 8 in Rochester, MI. Tickets go on sale next Friday, March 15.

The vivacious Lizzo keeps giving us more reasons to love her. Earlier this week, the “Juice” singer released a shot-by-shot remake of the hilarious jazz flute scene from the Will Ferrell classic Anchorman, with a little help from Haim bass player Este. Let’s just say, it gives Mr. Ron Burgundy a run for his money, and she’s even gone so far as to have a dedicated Instagram account for her trusty sidekick Sasha Flute. The whole parody has only got us more pumped for Lizzo’s third album, Cuz I Love You, out on April 19, as well as her upcoming tour to follow.