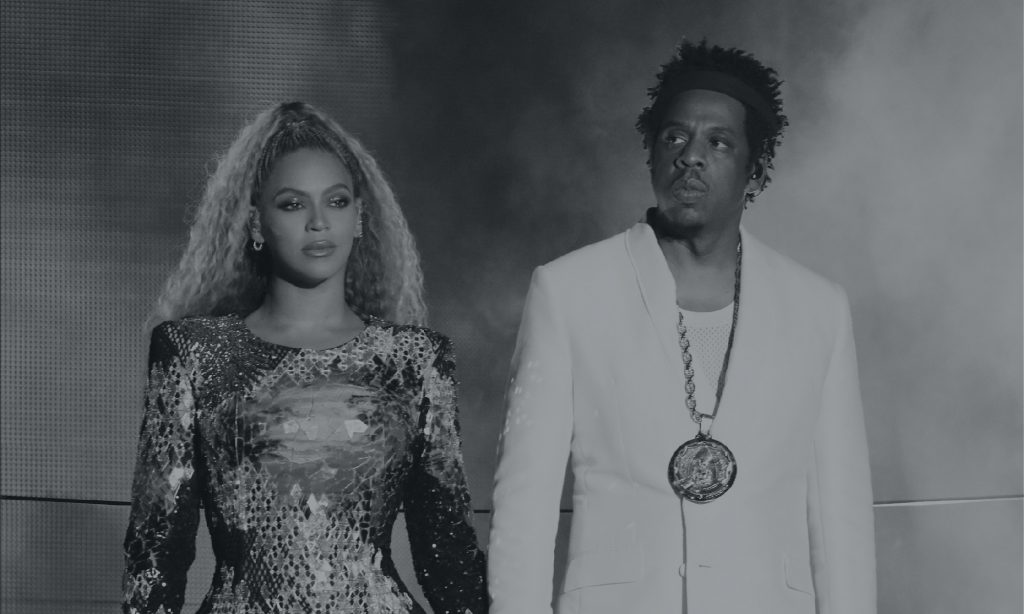 As the New Year approaches, Ticketmaster takes a look back at 2018’s biggest, sweetest, most heartwarming stories in live music and pop culture. Fans were treated to some mind-blowing performances by music’s undisputed royal couple, and taken on a romantic roller-coaster ride with pop’s greatest obsession. Elsewhere, a rock icon blows away Broadway, a pop provocateur becomes Hollywood’s leading lady, and a former First Lady reveals all. Here’s the five best of 2018.

1. The Year of The Carters

After settling in at home from a beautiful trip to South Africa and India, I am still in awe that 7.1 BILLION dollars was raised to aid Global Citizen in its efforts to eradicate extreme poverty. I’d like to give my praise and respect to all the speakers, performers, and volunteers who donated their time to contribute to making positive change.  Every person in the audience at FNB Stadium earned a seat because they generously donated their time to help their community. Now their efforts and the money raised will help improve education, healthcare, sanitation, women’s rights, and countless other causes for millions across the globe. I felt so much positivity and pride in the audience at Global Citizen: Mandela 100. Madiba, Johannesburg, and all of my African sisters and brothers, we hope we made you as proud as you all make us.  South Africa was an extraordinary trip for me and my family. God bless. If you would like to become a Global Citizen you can get more info at globalcitizen.org

First, there was Beychella — the night (two nights, actually) that Beyonce ruled and redefined the stage at the most anticipated festival of the year. Then came The Carters’ Everything Is Love, Bey and hubby Jay-Z’s first album together, and their extravagant On the Run Tour II, which became the year’s third-highest-grossing tour. But let’s not forget that groundbreaking video for “Apesh*t” filmed in the Louvre in Paris. Could any other couple pull that off? We think not.

From hip-hop’s king and queen we move on to pop’s reigning princess. After a busy yet traumatic time, Ariana Grande seamlessly stepped right back into the spotlight with her fourth studio album, Sweetener, which debuted at No. 1 and gave us such hits as “No Tears Left to Cry” and “God Is a Woman.” All the while, she was enjoying a very public engagement with comedian Pete Davidson. Then, came the breakup and eventually the record-breaking single “thank u, next” and its accompanying video, which smashed YouTube’s record for most views in the first 24 hours of release. We can only guess how 2019 will be for Grande, whose Sweetener World Tour has been voted Ticketmaster’s Most Anticipated Event of 2019.

A statement from Bruce on tonight’s closing of #SpringsteenBroadway…

Even with Beyonce, Jay-Z, and Ariana, the good news is there’s still plenty of room left for the rock veterans. Jersey hero Bruce Springsteen proved yet again how vital his music is after he was voted Ticketmaster’s Event of the Year for his Springsteen on Broadway run. The great troubadour graced the stage at Walter Kerr Theatre on Broadway, performing to more than 200,000 fans over the year in the intimate setting. He even received a special Tony Award for the show. If NYC wasn’t in your reach this year, you can at least see the show now on Netflix.

4. Gaga Impresses on the Big Screen

While Springsteen dominated The Great White Way, Lady Gaga made her move to the big screen, blowing film fans and even the harshest critics away with her debut lead role alongside Bradley Cooper in A Star Is Born. The movie is set to be a favorite in the upcoming award season, and it’s already scored Grammy nominations for record of the year, song of the year, and best pop duo/group performance, as well as Golden Globe and SAG (Screen Actors Guild) nominations for Best Actress for Gaga. As if that wasn’t enough, she’s now kick-starting her two-year Vegas residency.

That's a wrap! When I think about all the people who have come out to our events over these past few weeks, I think about a little working-class kid named Michelle LaVaughn Robinson—an ordinary girl who had some tales to tell, some failures and some successes, too. She had a lot to learn, a lot to experience, a lot to give—more than she ever could have imagined. I’ve spent a lot of time thinking about my story lately, and what I keep coming back to is that no matter where we came from, we all share so much. People of all backgrounds, skin colors, and political persuasions can relate to feeling uncertain or overwhelmed. We’ve all been a little frustrated by the slow, frustrating growth necessary to get where we want to go. We’ve all struggled with the balancing act that can take over days, years, or decades of our lives. And I want us all to remember that these are the moments and lessons that make us who we are — every little twist and turn, every little bump and bruise, and ultimately every joys and every triumph, no matter how large or small. So I hope all of you believe in your story. I hope you recognize that what you see as a weakness might actually be a strength. I hope you recognize the power of your voice. And I hope you remind yourself that there isn't one right way to be an American. There isn’t one way to make your contribution in this country. So thank you all for your part of our story. Thank you for being who you are. And to everyone who’s read my memoir, or come to one of our events, or posted something online, thank you for being on this journey with me. Thank you for helping me continue to become. I hope my story can serve as a boost in your own process of becoming, too. I love you all. #IAmBecoming

From pop culture to politics, one of 2018’s biggest stories in books belongs to Mrs. Michelle Obama, who released her memoir, Becoming. It quickly became a bestseller — in fact, it sold more books than any other published in the U.S. this year — in just 15 days. What was even more noteworthy, was the accompanying book tour, Becoming: An Intimate Conversation with Michelle Obama, which featured moderators like Oprah Winfrey and Reese Witherspoon. The tour was such a success, the First Lady has extended it into 2019. This means, you’ll have another chance to see her next year.