Fandom in the Federal City: Washington Capitals Boost Their Team 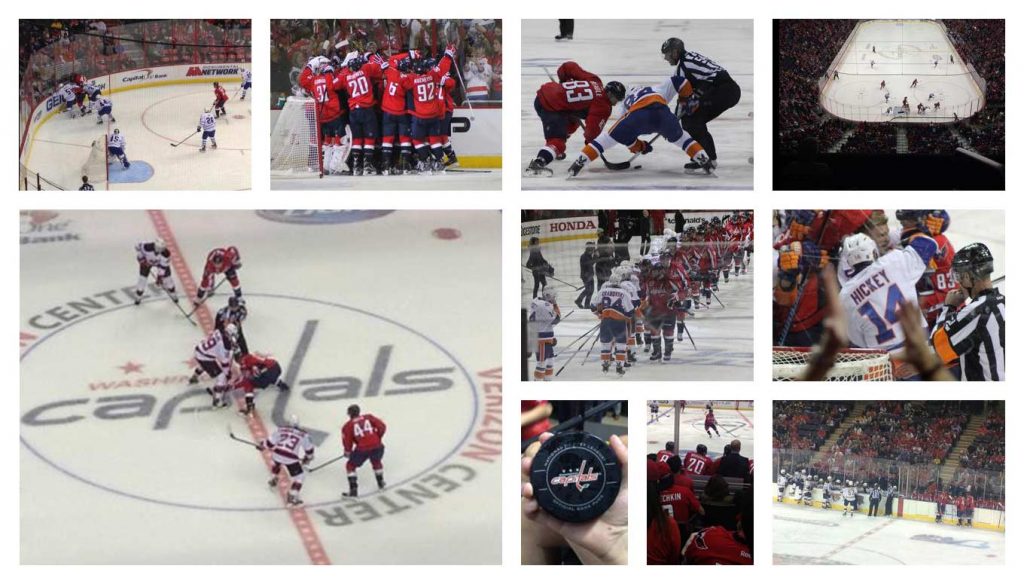 Washington, D.C., now has more than 30 years of continuous professional hockey under its belt, a mark of pride for followers from D.C., Maryland, Virginia and beyond. The team has steadily grown and developed into a contender, especially in recent seasons. To go along with the team’s all-time achievements of one conference and nine division championships are two Presidents’ Trophies, the first awarded in 2011 and the most recent in 2016. The newest trophy for point-scoring effectiveness is a major achievement leading into the next season, one that fans can be especially proud of.

The Phone Booth is a hotbed of hockey

Caps fans helped give the Verizon Center its Phone Booth nickname, tied to long-term telecommunication company sponsorship of the Caps’ home ice. The arena doesn’t look much like a phone booth, but it definitely allows the sound of the Capitals’ faithful fans to be easily heard throughout each home game. While there, fans can enjoy a variety of food and drink. That includes game-time favorites like hot dogs, chicken fingers, quesadillas and more, along with vegetarian, vegan and gluten-free offerings. The arena also has premium experiences available through locations like the PwC Club restaurant and the Etihad Airways Lounge.

The Capitals host a fest for fans

Washington practices on ice in nearby Arlington, Virginia at the Kettler Capitals Iceplex. Each year, a fanfest at the facility attracts team boosters with a number of fun activities, games, meet-and-greet opportunities, and other unique experiences. The 2016 version was highlighted by a team alumni game, bringing a variety of names from the past onto the ice. Equipment sales, musical performances, and question-and-answer sessions also delighted the wide range of fans in late June as they waited for the return of hockey and their favorite team.

Hockey season only lasts until summer, but Caps fans can stay connected throughout the year with the Washington Capitals official app, available for both iOS and Android. The app offers convenient, one-touch access to a world of Caps information, including all of the essentials like team schedule, roster, news social media connections, and merchandise. That’s not all, though, as the app also gives fans radio broadcasts of games, live game simulations, a digital scoreboard with inline highlights, a video archive, and much more. The app helps ease the longing for more hockey during the offseason and keeps fans as informed as possible when the team is active.

Clap for the Caps

The Capitals have plenty of recognizable fans, from a smattering of politicians to veteran game show host Pat Sajak. Superfans abound as well, including The Horn Guy. Known in civilian life as Sam Wolk, Caps backers recognize The Horn Guy for his ability to lead cheers throughout the stadium and get the crowd motivated with nothing more than simple plastic horn and some exceptionally strong lungs.

The Capitals don’t just sit back when it comes to recognizing their most dedicated backers, either. The Jerseys Off Our Backs promotion gives some of the team’s biggest fans the chance to receive a game-worn jersey directly from current players. To make this event even more interactive, the team puts voting in the hands of the fans.

With fans that unwaveringly support the team and an organization that gives right back, it’s no surprise how strongly the Capitals faithful root for their team.