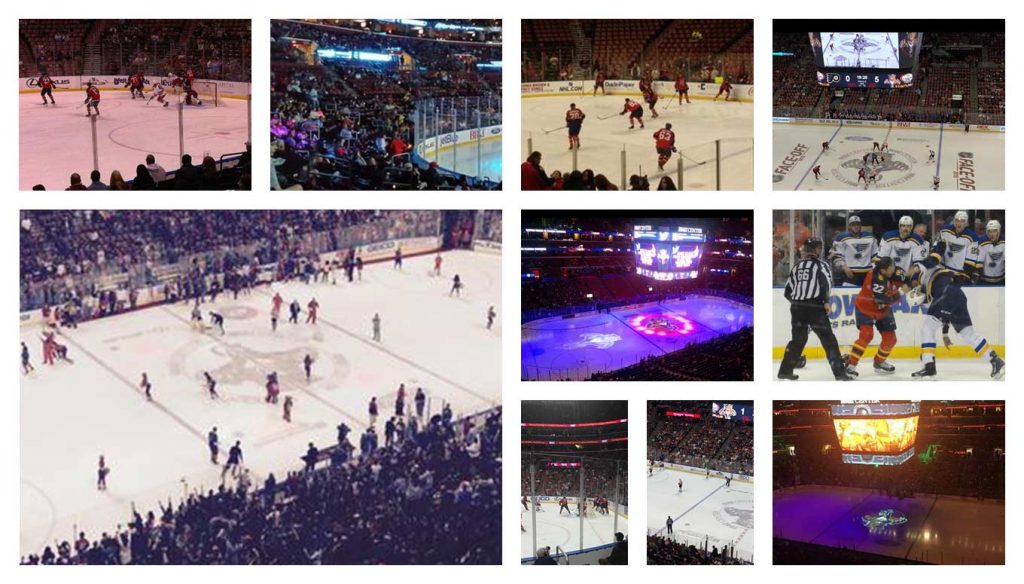 The Florida Panthers hold a unique distinction in hockey, a sport that long relied on cold weather: the team is the southernmost squad in the pro hockey world. The warm, sunny setting doesn’t dampen fans’ appreciation of the team, though – it makes supporters that much stronger.

Faithful fans cheer on a squad that’s won a conference championship and two division titles, and is growing into a powerful team ready to make a statement.

Another impressive Panthers accomplishment is the presence of five former players, a former head coach, and a former general manager in pro hockey’s hall of fame.

Staying social with the team

For fans who don’t want to miss a minute of Panthers action, there are plenty of ways to get connected online. Supporters can stay in touch via Facebook and Twitter, just to name a few.

The team’s annual social media night, #PanthersPalooza, is an excellent chance to put your social media skills to work.

With everything from a buffet dinner to live panel discussions, this event is all about the fans who follow the team on social media.

There’s also the team’s official app. This handy tool lets you keep track of your favorite Panthers players, like Jaromir Jagr and Roberto Luongo, as well as the latest photos, videos, news, and more.

Celebrities and superfans are wild about the Panthers

Some Panthers fans are immediately recognizable for their accomplishments in their chosen careers. Two of the Panthers’ most famous fans are:

Some fans are known throughout the fanbase for their dedication to the team.

Laurel Serra, a supporter since the Panthers started play, appeared in a 2016 Sports Illustrated article about the team. A self-described die-hard fan, Laurel is a season-ticket holder with a unique gameday outfit – a jersey and a dreadlocked helmet in team colors – that leads to plenty of attention and helps her start cheers in the stands.

Panthers partnering with the community

Supporting the local community is vital for a team that wants to create positive change.

The Florida Panthers Foundation aids the south Florida area by focusing on four important concepts: interest and participation in hockey, health and education programs for children, advocating for veterans’ issues, and the team’s namesake, the Florida panther.

A 50/50 raffle is held to fund the foundation at each home game, along with plenty of similar events throughout the year.

That money goes toward programs like Community Champions, which gives a grant of up to $25,000 to a local organization that benefits the surrounding community at each home game.

Those who earn the honor also get four tickets to a game where the grant is announced and the recipient is honored, including recognition in front of the whole crowd on Big Red.

Following the Panthers’ debut in 1993, the team received a purpose-built home in the form of the BB&T Center five years later.

For supporters, making a lot of noise and getting the crowd motivated to cheer on the team is critical.

There are three food courts inside the building, while large outside patios give visitors the chance to enjoy south Florida’s climate and views of the Miami area while at the game.

Big Red, the arena’s new, high-definition LED scoreboard, is one of the most impressive parts of the BB&T Center.

With 6.5 million pixels and a wraparound screen, every fan inside the building can easily watch replays, encouragement from players and much more.

Considering the climate, the fan passion and the team’s recent success, it’s no surprise Florida Panthers fans are some of the most enthusiastic in pro hockey.

The Ottawa Senators have only a few decades of hockey to their name, but that hasn’t stopped the team from becoming the pride of Canada’s capital city. With ...