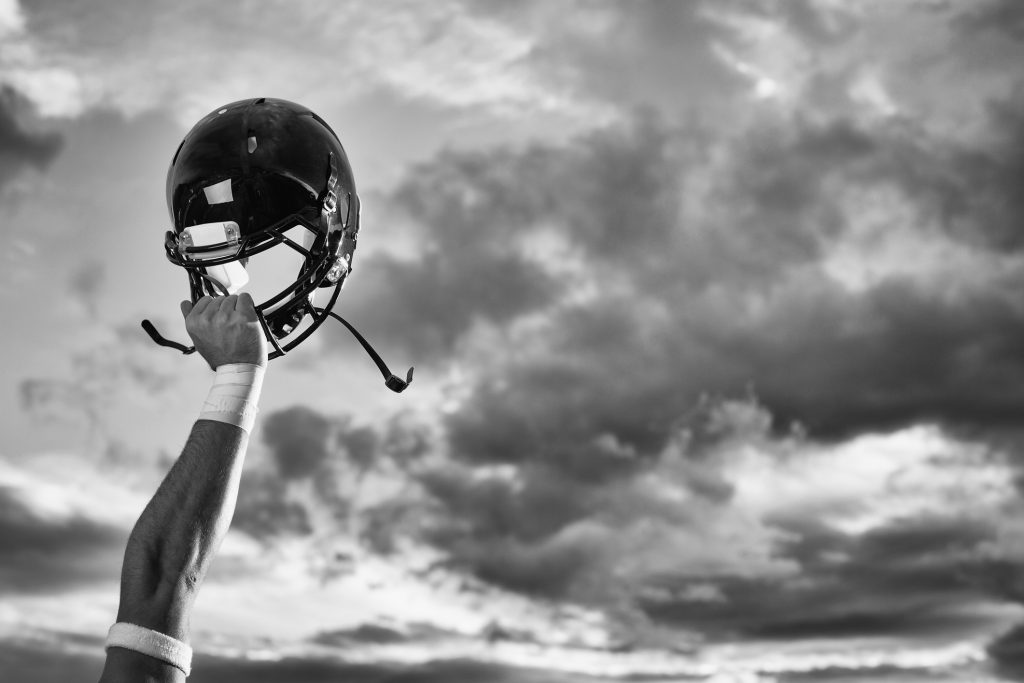 With Super Bowl LVI in the books, NFL fans are already starting to dream about Super Bowl LVII in 2023. Until then — relive all the glory and highlights from the last 10 Super Bowl games via our list below.

There were tons of notable firsts at Super Bowl LVI. Held on February 13, 2022, at SoFi Stadium in Inglewood, California, Super Bowl LVI marked the first time since 1993 that the Big Game was hosted in Los Angeles. It also marked the first Super Bowl title for the Rams — who beat the Cincinnati Bengals 23-20 — since their move to Los Angeles. Additionally, in his second Super Bowl appearance of his career, Rams Head Coach Sean McVay made history as the youngest head coach to win the Vince Lombardi Trophy at 36. The game also marked the second time in Super Bowl history that a team played a championship game at their home stadium.

With 6:20 left on the clock, the Rams were trailing 20-16 at Super Bowl LVI, but with under two minutes remaining, they reached the Bengals 8-yard line. Quarterback Matthew Stafford’s go-ahead touchdown pass to wide receiver Cooper Kupp, followed by defensive lineman Aaron Donald’s fourth-down sack on Bengals quarterback Joe Burrow, secured a 23-20 victory for the Rams with 1:25 left in the game. Following the Rams’ comeback win over the Bengals, Cooper Kupp was named Super Bowl LVI Most Valuable Player after catching eight out of 10 targets for 92 yards and two touchdowns, including the game-winning touchdown pass. Kupp is only the eighth wide receiver to be named a Super Bowl MVP.

Adding to the list of firsts for Super Bowl LVI, the halftime performance marked the first time that rap took center stage at the Super Bowl. The halftime show, which included a surprise cameo by 50 Cent, featured performances by Dr. Dre, Snoop Dogg, Kendrick Lamar, Eminem, and Mary J. Blige — also marking the first time that these five iconic artists have shared the same stage.

Super Bowl LV was held on Feb. 7, 2021, at Raymond James Stadium in Tampa, Florida — home of the Tampa Bay Buccaneers — where the home team beat out 2020 champions the Kansas City Chiefs 31–9, winning the Buccaneers their second Vince Lombardi Trophy in as many championship game appearances. Additionally, Tampa Bay coach Bruce Arians became the oldest head coach to win a Super Bowl at 68. The game marked the first time in Super Bowl history that a team played a championship game at their home stadium. It also marked the seventh Super Bowl victory for Buccaneers quarterback Tom Brady, and his first championship victory away from the New England Patriots.

In his first season with the Buccaneers, Brady threw three touchdown passes in the first half — the last coming with just six seconds left until halftime, giving the Bucs a 21–6 lead. Two of Brady’s touchdown passes were to his former Patriots teammate, Tampa Bay tight end Rob Gronkowski, now a three-time Super Bowl champion. Brady was also named MVP of the game, marking his record fifth award. For Kansas City, quarterback Patrick Mahomes — who led the team to their first victory in five decades in 2021— lost by double digits for the first time in his career. Due to COVD-19 safety protocols, only 25,000 fans were in attendance, making it the least-attended Super Bowl in history.

The Kansas City Chiefs beat the San Francisco 49ers by a score of 31–20 at Hard Rock Stadium in Miami Gardens, Florida on February 2, 2020. The Chiefs, who had overcome a 10-point deficit against Tennessee in the AFC Championship Game and a 24-0 hole against the Texans in the divisional round, once again came back to win, after being down 20-10 with less than seven minutes left in the fourth quarter.

The game had some incredible highlights. Chiefs quarterback Patrick Mahomes overcame two interceptions to throw for two touchdowns and run for one, winning MVP honors. Niners head coach Kyle Shanahan became the first son of a Super Bowl-winning coach to also coach a Super Bowl, while the Chiefs’ Andy Reid finally won his first title as head coach after appearing in seven conference championships and leading the Philadelphia Eagles to Super Bowl XXXIX. This was the Chiefs’ first Super Bowl victory in 50 years, and the first after the AFL–NFL merger.

In a defensive-minded Super Bowl LIII, the New England Patriots beat the Los Angeles Rams 13–3 on February 3, 2019, at Mercedes-Benz Stadium in Atlanta. It was the lowest-scoring Super Bowl in history. The Patriots and the Rams held the contest to a 3–3 tie entering the fourth quarter. New England then scored 10 unanswered for the victory. Patriots wide receiver Julian Edelman, who caught 10 passes for 141 yards, was named Super Bowl MVP.

Foles, who took over quarterback duties earlier in the season when starter Carson Wentz went down with an injury, was named Super Bowl MVP after throwing for 373 yards and three touchdowns. He also caught a touchdown on a trick play that became the signature moment of the game — and which later earned the nickname “The Philly Special.” The game stayed close all night, but the Patriots didn’t take their first lead until there were less than 10 minutes left in the game. The Eagles responded by scoring the final nine points, clinching a 41–33 victory and their first Super Bowl win in team history.

The New England Patriots began the year strong, beating the Atlanta Falcons 34–28. Super Bowl LI was held at NRG Stadium in Houston on February 5, 2018. The Patriots got off to a rough start, lagging behind the Falcons by 25 points by the third quarter. In an exciting fourth quarter, the Patriots came out on top in overtime, ending the game 34–28. It was the first Super Bowl to conclude in overtime and gave the Patriots’ 25-point recovery the record for the biggest comeback in Super Bowl history.

The Denver Broncos found victory over the Carolina Panthers, beating them 24–10. The championship was determined on February 7, 2016, at Levi’s Stadium in Santa Clara, California. The Panthers had come into the game with a 15–1 regular-season record, making it to the Super Bowl for the second time in Panthers’ history. The Broncos advanced to the Bowl with a 12–4 regular-season record. The Broncos took the lead early and kept it, never trailing throughout the game.

The New England Patriots beat the Seattle Seahawks 28–24 on February 1, 2015. The Patriots’ win gave them their fourth Super Bowl championship, this time played at the University of Phoenix Stadium in Glendale, Arizona. The Seahawks came off a strong regular season, where they held a 12–4 record, the same record as the Patriots. The teams were tied 14–14 at halftime. The Seahawks then brought themselves up 10 points by the end of the third quarter. Near victory, the Patriots rallied to score a 28–24 lead with just two minutes left in the game.

The Seattle Seahawks beat the Denver Broncos 43–8 to conclude the 2013 season with a sweeping victory. The significant win gave the Seahawks a record for the largest margin of victory for an incoming underdog and also cemented the 35-point lead as a record for the greatest point difference in Super Bowl history, tied only with the Dallas Cowboys’ 1993 win over the Buffalo Bills (52–17). The Seahawks had entered the championship with a 13–3 regular-season record, the same as the Broncos.

The Baltimore Ravens beat the San Francisco 49ers 34–31 to wrap up the 2012 season on February 3, 2013. The game, which was held at the Mercedes-Benz Superdome in New Orleans, was nicknamed the Harbaugh Bowl, as the two teams were led by brothers and coaches Jim and John Harbaugh for the 49ers and Ravens, respectively. The 49ers entered the championship game with a regular-season record of 11–4–1, while the Ravens had earned a 10–6 record in the regular season.

Thursday Night Football (TNF) has had countless highlights and unforgettable moments since it began airing in 2006. It has also had several homes over the ye...

Monday Night Football has been dominating primetime television for more than 50 seasons. The weekly football tradition was revolutionary when it started airi...