The Pride of the PNW: Seattle Seahawks and Their Supporters 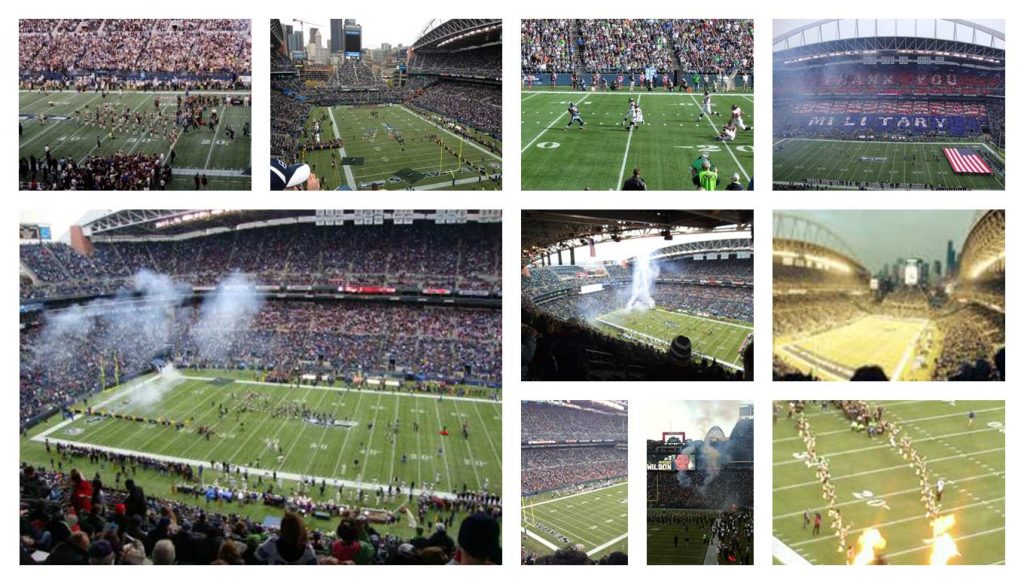 The Pacific Northwest “PNW” is a huge region, made up of the wide-open plains of Montana, the rural townships of Idaho, and the plentiful forests of Oregon. Despite its inherent beauty, there is only one football team in the whole region: The Seattle Seahawks.

Representing that much sprawling real estate might be problematic for some teams, but the Seahawks have enjoyed a profoundly loyal fanbase since first hitting the field in 1976. It’s that very network that’s helped the Seahawks bring home one Super Bowl ring (XLVIII), a handful of division and conference championships, and loads more adulation. In fact, Seahawks fans are so important to the team, they’re often been referred to collectively as the “12s”.

The result of all this isn’t just a huge, unified fanbase across several states, but this kind of community exemplifies how great football is important for people, regardless of their address.

Loudest fans in the league

As a rule, football games tend to be loud, with thousands of fans wildly cheering on their hometown favorite. But when it comes to making noise, the Seahawks have held world records. On a handful of occasions, the Seahawks have helped set the Guinness World Record for noisiest crowd during a sporting event. The first time came on September 15, 2013, during a game against the San Francisco 49ers, where the crowd at CenturyLink Field hit an astounding 136.6 decibels. For comparison, that’s the same level as a jet engine from 100 feet away. That same year, during a December 2 game against the New Orleans Saints, Seahawks fans beat their record by reaching 137.6 dB. That’s passion so loud it might very well shake the walls.

The Seahawks not only have some of the loudest fans in the league, but also some of the most famous. That list of A-list followers includes:

Given that Seattle is a huge technology capital, it only makes sense that same sense of innovation would apply for the Seahawks and the team’s multitude of fans. The official Seahawks app is one of the most robust in the entire league, and provides total access for Seahawks fans whether they’re at the game, down the street, or even across the country. The app’s features include on-demand videos, photo galleries, live instant replays, stories and blog posts from the team, a QR code scanner for special opportunities, player scores and team standings, player and cheerleader bios, and much more.

Flying high with the Seahawks

CenturyLink Field isn’t just one of the loudest fields in the league but one of the most welcoming places for fans. Located south of the historic Pioneer Square area and set against the scenic backdrop of the Seattle skyline, it’s the perfect venue to catch football played outdoors. Over the last several years, there have been quite a few additions to expand the fans’ experience, including:

It’s the little touches that have the most impact, making great football even better for fans of all ages. It’s that commitment by the Seahawks, to raise up fans across the Pacific Northwest and beyond, that makes this one of the league’s most effective franchises.