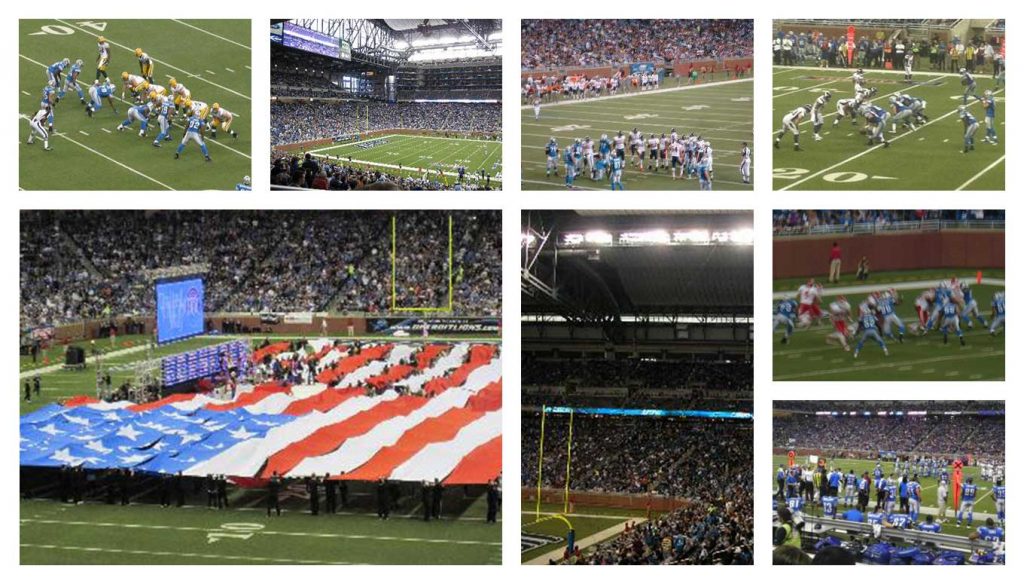 Whether you call it the Motor City, America’s Comeback Town, or simply The D, each beloved, hard-earned nickname hints at the singular strength associated with Detroit, Michigan. It’s a proud city that encapsulates the American spirit. There is perhaps no better personification of these classic ideals than the Detroit Lions.

They might call Detroit “Hockeytown,” but there’s just as much longstanding evidence for “Detroit Football City.” Case in point: The Lions fight song “Gridiron Heroes” is one of the oldest NFL team fight songs, dating back to the late 1930’s. To this day, Ford Field continues the tradition of playing “Gridiron Heroes” when the Lions score. Check out the full lyrics to “Gridiron Heroes” and get ready for the game.

From far and wide
As August pops up on the calendar, the Lions and every other team in football continue to prepare for the coming season. Practices aren’t just for the teams, but a chance for fans to get an early start on the festivities to come. While plenty of fans come from far and wide to celebrate their teams, the Lions’ faithful have few limits. For a series practice games in August 2016, which took place in Pennsylvania, Lions fans came from as far as Florida, South Carolina, and beyond. The practice was filled with folks who have followed the team for 50, 60 years, or who became fans when they married into a Lions family. It goes to show that geography has little influence on true fandom.

And just how boundless is the energy of the true Lions fans? In July 2016, the team announced that for the first time in the team’s history, the lions would have a full cheerleading squad. Lions’ management explained the move was born out of “strong fan sentiment,” and is meant to enhance the in-game experience. We think this rah rah rocks!

The roar of technology
Tech-savvy Lions fans have a few different options when it comes to following their team. The official Lions app features all the latest news and states, a game-time photo gallery, video-on-demand, aggregated social media, and an evolving home screen for pre-, in-, and post-game action. If that’s not enough digital coverage, there is also an app sponsored by the Detroit Free Press, which features all that plus exclusive commentary, fantasy football information, and much more. But what a Lions-centric app that could improve your life? In late 2015, a group of Lions players teamed with folks from the University of Pennsylvania to create an exercise app. Though still in the early production phase, the app would help people schedule workouts and solve scheduling issues through the use of spreadsheets. Figuring out schedules is important, but this just demonstrates how connected Lions players are with their many fans.

Fans one and all
The Lions have a few extra famous fans, including the likes of:

A Taste of the Lions
One of the biggest traditions at Ford Field is the annual Taste of the Lions event. Here, fans can enjoy a tour of the facilities, meet with coaches, players and staff members, dine on a number of dishes from metro Detroit restaurants, drink craft beer and wine, watch exclusive live music performances, and take part in a silent auction. In summer of 2016, team owner Martha Firestone Ford was seen at Ford Field during Taste of the Lions. The annual foodie event is an opportunity not only to wave the Lions banner, but a chance for the residents of Detroit to socialize and build essential bonds. But whether online or in person, one thing remains clear: the Lions and the city of Detroit have a bond that goes beyond just the game of football.