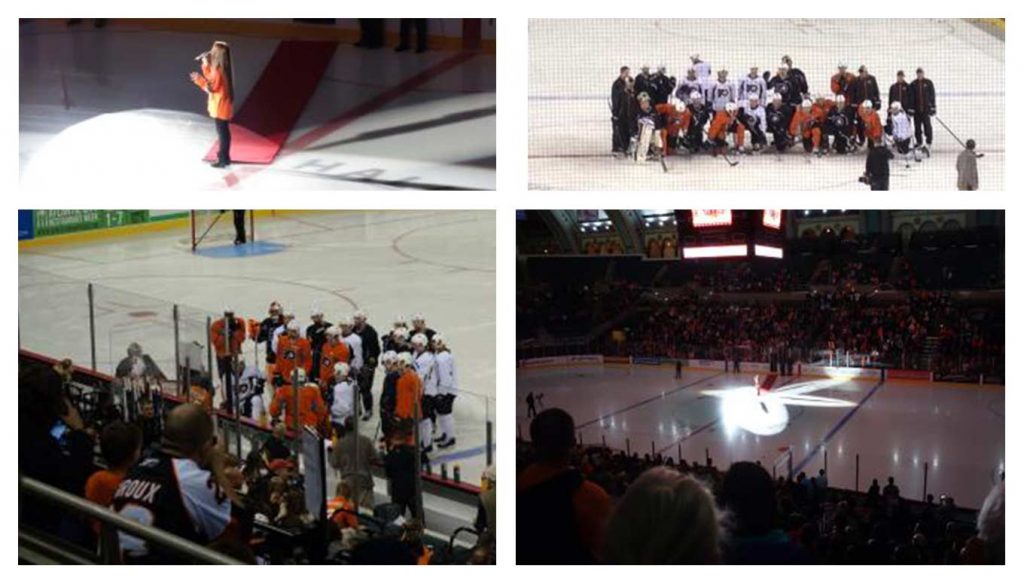 The Philadelphia Flyers hit the ice in 1967 as part of the league’s first big expansion.

Since then, the squad has racked up quite the impressive lineup of trophies and other accomplishments, including two Stanley Cups (1973-74, 1974-75), the second highest all-time points percentage of (57.7 percent), and an astounding 24 playoff appearances – a record  among the 16 expansion teams of that era.

It’s those winning ways – and commitment to great hockey – that’s also given the Flyers one of the most loyal fanbases in the entire league.

Together, fans and players have a lot to celebrate, a long-running franchise with a lot to offer the Philly community and hockey at large.

When it comes to staying up to date with all things Flyers related, fans everywhere can always turn to the team’s official app.

Among its many features, the app includes player profiles and in-depth statistics, video highlights from every game, in-game alerts, and real-time updates for every single play.

But the app’s not just for the adults, and the younger fans can all join the Jr. Flyers Club. Here, kids can start up a fantasy team and answer trivia questions, all of which help earn badges and special Flyers features and content. With either app, fans have the Flyers at their fingertips 24/7.

The Flyers home since 1996, Philly’s own Wells Fargo Center has truly world-class food offerings. The proof?

In late 2014 a group of the city’s best chefs – representing establishments like Rival Bros. Coffee, Le Virtu, and Border Springs Farm – hit up the stadium’s many eateries alongside local news organization Billy Penn, marveled at perfectly rolled offerings like the spicy tuna  maki, delighted over the fresh seaweed in the Wakame salad, chowed down on several delicious barbecue sandwiches, and still had room to enjoy a few cups of Polish Water Ice.

No matter what you’re craving, Wells Fargo Center can deliver.

Be it the great hockey, hometown spirit or just the awesome food, the Flyers have more than its fair share of celebrity fans. That long list includes:

A whole lot of memories

Bill Schoeninger is no ordinary Flyers fan. When he’s not watching games or writing about hockey in general, he’s adding to the massive collection of memorabilia that currently occupies the majority of the basement in his Pennsylvania home.

Over the years, Schoeninger has collected a wide array of Flyers merchandise, including signed hockey sticks, pucks from various games, tickets from the Flyers’ first season, countless trading cards (some of which are signed), a slew of jerseys, and, perhaps most meaningful of all, family photos with each member repping Flyers gear.

If the team ever wanted to open its own museum, they’d have a great start at Schoeninger’s home.

Fun for a great cause

Each November, Wells Fargo Center serves as home to one of the longest-running charity events in all of sports: The Flyers Wives Carnival.

With the 40th edition taking place in 2016, the Carnival is a chance for the Flyers to help raise money for several good causes, including nearby schools and health care facilities.

For their donations, guests get to enjoy a slew of activities, including player meet and greets, rides like a 60-foot carousel, shooting exercises, autograph sessions, and much more.

It may only take place once a year, but the Carnival represents the spirit of the Flyers, a dedication to uplifting the community in the name of competition.