New York Rangers: A Star-Studded Lineup On and Off the Court 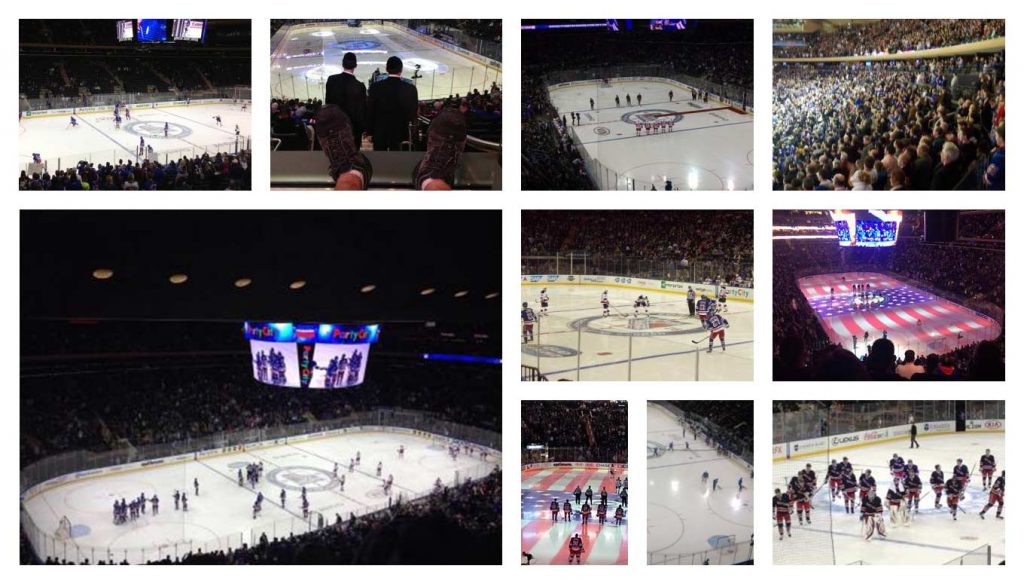 The New York Rangers are a senior squad in professional hockey and counted among the league’s storied Original Six.

A unique bragging point for Rangers fans in New York City and beyond is its status as the first American team to win the Cup, something no other team south of professional hockey’s most important border will ever be able to claim.

The Allure of the Garden

There may be no better or more historic pairing in pro hockey than the Rangers and Madison Square Garden. The team’s history is tied to the Garden’s, as the Rangers have never called another arena their home.

While the arena was rebuilt in the late 60s, according to its official timeline, the Rangers never left and have continued to build a tradition inside its confines.

Fans play a huge role in this combined history of team and arena, with generations of Rangers boosters and their families making regular visits over the decades to cheer the team on to victory and establish a powerful tradition.

The Rangers do a bang-up job making sure their loyal fanbase has the information, highlights and opportunities for water-cooler conversations. Active on Twitter, Facebook, Instagram, and more, the team also offers a dedicated app on Android and iOS.

Followers of the team have access to all the info they need to keep track of the game schedule, lineups, statistics, Rangers news, and much more. There’s plenty of video highlights both during and after the game and a digital scoreboard keep track of game conditions in real time.

If you can’t watch the game live, the app may be the next best thing.

New York is one of the largest cities in the world and home to an outsize number of celebrities and notable residents. Rangers fans known far and wide include the following, according to ESPN:

Celebrity fans don’t have a monopoly on recognition inside the Garden.

There are plenty of notable fans from throughout the Rangers’ history, and two of the most recent remarkable ones couldn’t be more different.

Mila Zavodni recently celebrated her 100th birthday by spending the day as a VIP guest of the team in February.

Zavodni’s relationship with the team is many decades long, sparked by a chance viewing of the Rangers in her birth country of Czechoslovakia before she emigrated to the U.S.

Joey Clams is younger, but his fandom stretches back nearly as long. Born into a love of the team, the man originally named Joseph Fredette has attended hundreds of games since the 1970s, Today said.

He shot to viral popularity when “The Tonight Show” rebroadcast a local news interview that highlighted Joey’s strong New York accent and love for the team.

Whether superfan or celebrity, die-hard or new to the team, Rangers fans are the lifeblood of this storied team.