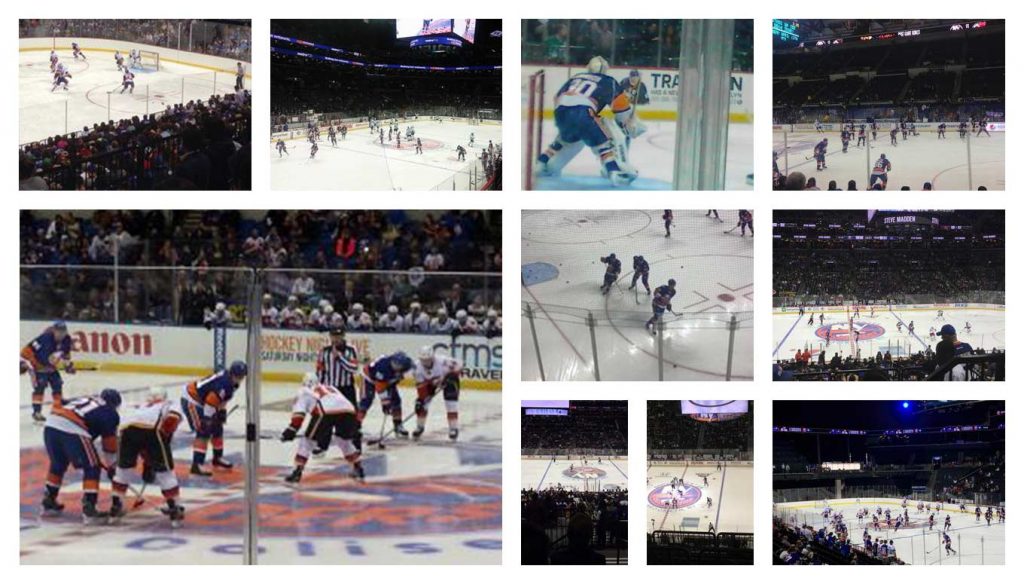 New York City is known as a mecca of professional sports, with two hockey teams in the city proper, another in the larger region, and more than 10 teams in top-level leagues overall. The New York Islanders and their fans stand out for their strong representation in Brooklyn, Queens, and across Long Island, as well as a tradition of enthusiastic crowds and plenty of support at Brooklyn’s Barclays Center. The team has given fans plenty to cheer about, too, with four Stanley Cups, five conference championships, and six division championships since the team’s inception in 1972.

A new home at Barclays Center

After decades of play at Nassau Veterans Memorial Coliseum, the Islanders moved to Barclays Center in fall 2015. This major shift kept the team in New York, but put them under the same roof as the Brooklyn Nets and closer to the city center. For the fans, this change offers a number of new amenities, dining options and other additions that make taking in a game in person even more fun.

At Barclays Center,  restaurants, bars and lounges abound, as highlighted by the arena’s website, including the 40/40 CLUB & Restaurant presented by American Express and Calvin Klein Club. For supporters who want to eat at their seats and not miss a minute of action on the ice, 55 distinct Brooklyn vendors offer everything from slushies, burgers, and hot dogs to Cuban sandwiches, cheesecake, and Mexican food.

Strong bonds between the Islanders and their supporters

The Islanders communicate with fans through their app and on social media every day, connecting with fans on Twitter, Facebook, Instagram, and YouTube. Digital discussions, pictures, and video are all important to stay up-to-date with the team, but that’s far from the only way the Islanders contribute to the community. Community activations like Sticks & Skates, a program that offers free ice skating for people of all ages at Brooklyn’s Prospect Park, as well as school visits, assemblies, and other events focus on the positive development of communities in Brooklyn and on Long Island – and on the next generation of fans.

Famous fans in the crowd

A prime location in one of the world’s largest and most influential cities means plenty of celebrities flock to Islanders games. Some of the most notable names include:

Karate Kid and My Cousin Vinny actor Ralph Macchio is a diehard Islanders fan, and to honor his dedication the team recently unveiled a bobblehead in his likeness. Macchio, a Huntington, NY, native, has been a longtime fan, and even had his own hockey card in the ‘90s. The bobblehead, which can be seen here, will be given to fans at the Islanders’ Dec. 23 game vs. the Buffalo Sabres. To purchase tickets, click here.