Ride Hard: The Fandom of the Indianapolis Colts 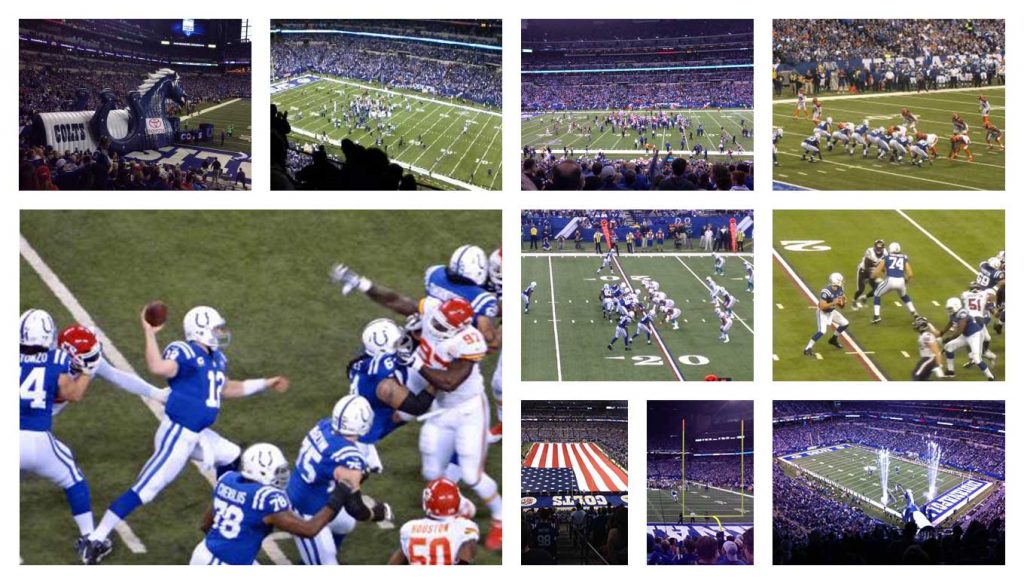 The Indianapolis Colts have a history of winning that’s defined the team for 50-plus years. From 1953 to 1984, they called Baltimore home, winning an impressive three championships (1958, 1959, and 1968) and conquering 1971’s Super Bowl V as the Baltimore Colts. In 1984, the team moved to Indianapolis, setting up in the RCA Dome. Since the move, the team won a handful of divisional titles, a conference championship and Super Bowl XLI in 2007.

But the Colts have more than just maintained a winning record and a growing trophy case. The team’s garnered a truly passionate and enthusiastic fanbase, one that has developed its own traditions to show their undying adulation. In turn, the Colts have taken steps to better engage its fanbase in Indiana and far beyond through technology and general revelry.

The end result is a city that rides hard for all things Colts football.

By the book
There is no manual for being a football fan. Unless, of course, you’re a Colts fan. Already a well-known sports writer for The Indianapolis Star, Phillip B. Wilson is the man behind the book “100 Things Colts Fans Should Know & Do Before They Die.”

This compendium of Colts knowledge includes not only incredible stories about famous players and coaches’ most iconic pep talks, but delves into some of the biggest lore behind the team. That includes background on the 1958 championship game, pro football’s first ever playoff game to go into sudden-death overtime. This tome is worth the read if you want to make the most out of your Colts fandom.

A mighty ring
Starting in 1996, the Colts celebrated the contributions of players and coaches with the Ring of Honor. More than just a metaphor, it’s an actual ring that circled RCA Dome, with names and dates of each inductees’ stint. The tradition was even carried over to the Lucas Oil Stadium when the team moved in 2008.

It’s sort of like the Colts fans’ own personal Hall of Fame, and they take the Ring of Honor quite seriously. Each year, Stampede Blue, an online news-and-meetup site hosted by a sports news website, holds a poll for the players, coaches, and other Colts staff that should enter the Ring. It’s not only a chance to make sure the best and brightest get the honor, but for the Colts faithful to engage in a little friendly back-and-forth.

#JustSaying
In 2016, the St. Louis Rams announced their return to their old home of Los Angeles, where they played from 1936 to 1994. While this potential move might upset some, the Colts quickly stepped in with a great solution: join the Colts fandom! As the team pointed out via social media, Lucas Oil Stadium is less than four hours from the Rams’ previous home, the Edward Jones Dome, making the Colts a convenient choice (#JustSaying, of course).

It’s not unheard of, either: New England Patriots fans hail all the way from Maine to Massachusetts. Plus, the Colts seem to have fairly straightforward stipulations for fans considering the move over: “Just bleed blue and respect the horseshoe.” Easy enough.

Blazing new trails
Lucas Oil Stadium is a multi-million dollar technological marvel. Since the Colts made it their home in 2008, they’ve embraced other forms of technology to give them a winning edge. More than just using tablets on the sideline or utilizing on-demand video, the Colts were one of the first adaptors of the Catapult system.

Launched in mid-2014, the Catapult relies on biometric devices to track players, which it uses to dole out real-time data on everything from their force of impact and speed to total distance covered and overall exertion. It’s like playing a football video game without the clunky controllers.

This commitment to tech extends to fans, who keep tabs with the Colts’ official app. Aside from picture galleries, up-to-date stats, and schedules, the app features the Colts Loyalty program. Just by using the app – be it reading articles or downloading wallpaper – fans can earn points, which they can exchange for posters, t-shirts, and even dinner with a player. Ain’t technology neat?

Whether they’re rich and famous, avid app users, or just decked out in white and blue, the Colts’ herd of fans are as passionate as they come. Catch a live Colts game and experience it for yourself.