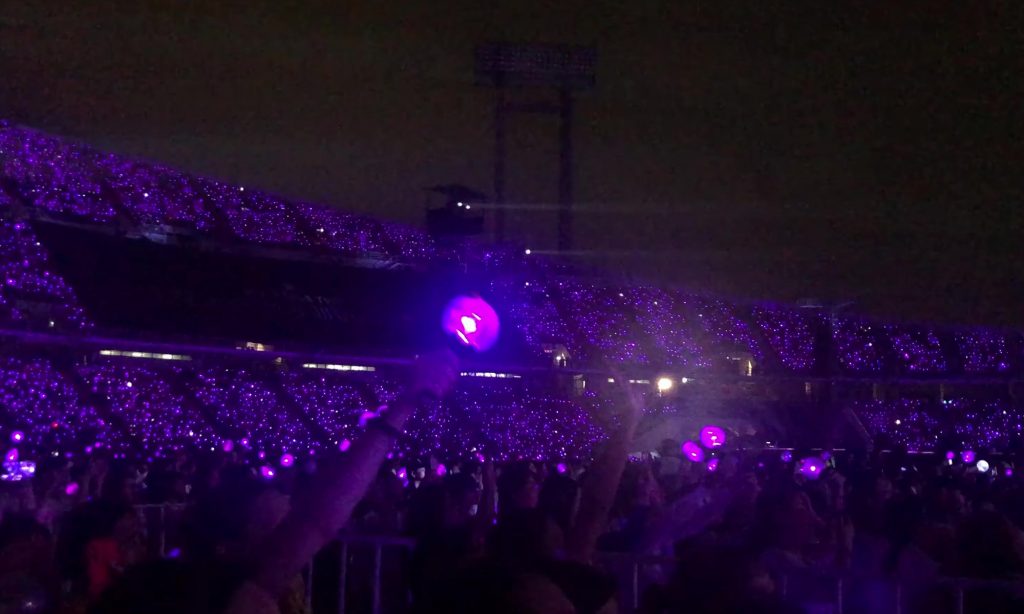 As the seven-strong juggernaut that has been fundamental to K-pop’s meteoric rise in popularity all over the world, BTS distinguish themselves in many ways. There’s the bounty of exhilarating and ridiculously catchy songs like “Dynamite,” the sunny summertime hit that debuted at No. 1 on the Billboard Hot 100 and became the first single by an all-Korean act to top the U.S. chart. And then there are the dazzling choreography and fly dance moves in the group’s videos and stage shows, which just about everyone who has a TikTok account or YouTube channel has done their absolute best to replicate. And of course there are the dreamy good looks and impeccable personal fashion choices brandished by every member, whether it’s the high-end elegance preferred by Jin and V or the funky streetwear of J-Hope and Jimin.

Clearly BTS’s cup runneth over in terms of the assets a major pop sensation needs in order to command adoration on a global scale. And in 2020, an additional BTS superpower has emerged as a byproduct of that adoration, and it’s been one of the year’s most welcome surprises. That’s the eagerness by the group’s following — proudly known as the BTS ARMY — to promote causes for change and social justice, in impactful but often unconventional ways.

In fact, the BTS ARMY have been drawing almost as much attention as the K-pop stars they adore. Together, the two phenomena have often become a force for good and potentially an inspiration for other fan communities online.

Nevertheless, the relationship between BTS and the most politically and socially active elements of their millions-strong fanbase can be a complex one, partially because the group themselves do not claim to have any political agenda. As Suga told Variety, “We aren’t trying to send out some grandiose message.” He and his bandmates have been reluctant to call themselves political activists, too, though they do consider the ARMY a “conduit” for opinions they may express, including standing with the Black Lives Matter movement. Perhaps because they are not coordinated in any kind of official or formal campaign, BTS and the ARMY have been able to be spontaneous and grassroots in their approach to contemporary activism.

In any case, BTS have often shown what kind of change they hope to see in the world. In 2017, they partnered with UNICEF to launch the LOVE MYSELF campaign to help protect young people from violence and sexual assault. The group and their label, Big Hit Entertainment, donated a portion of album sales and 100% of LOVE MYSELF merch sales to support the campaign, along with other fundraising initiatives, and lent their significant star power to drawing awareness to it. This inspired many fans to launch charity campaigns of their own, with the volunteer group known as One In An ARMY forming to promote numerous initiatives and organize fundraising for a variety of charities.

A post shared by One In An ARMY Charity Project (@oneinanarmy)

That all gave the BTS ARMY a sturdy framework for activism, something that came in handy in the face of 2020’s challenges. To mark the group’s seventh anniversary, One In An ARMY were already busy organizing seven concurrent charitable campaigns when real-life events brought in new priorities. After the pandemic caused the cancellation of BTS’ Map of the Seoul tour, Suga set an inspirational example. He donated roughly $83,000 to the Hope Bridge Korea Disaster Relief Association, and — proving that generosity is contagious — many fans donated their ticket refunds to the association as well.

Activist-minded BTS fans also swung into action when the deaths of Ahmaud Arbery, Breonna Taylor and George Floyd led to protests and demonstrations in cities nationwide in May and June, bringing renewed urgency to the Black Lives Matter movement’s push for racial justice. One In An ARMY’s first step was setting up a page on ActBlue so fans could donate to a variety of nonprofits they identified as worthy. And after BTS and their label donated $1 million to Black Lives Matter in early June, the fans responded in kind, using the #MatchAMillion hashtag to help raise over $1 million more within a matter of days.

Fundraising has hardly been the BTS ARMY’s only means of expressing their opinions, with or without the band members’ endorsement. When the Dallas Police Department asked the public to send them videos of illegal activity during the protests in the city in June, K-pop fans overwhelmed the iWatch Dallas app with countless GIFs and cheeky video clips, rendering it inoperable. They also drowned out racist and anti-Black hashtags by commandeering them for GIFs of boy bands, girl groups and other content that flies in the face of messages of hate. And K-pop fans claimed credit for low attendance at a political rally in Tulsa in June, pranking the organizers by reserving tickets that were never used.

A post shared by One In An ARMY Charity Project (@oneinanarmy)

In these examples and others, K-pop fans have repeatedly proven the impact of hashtag activism and the strength a fan community can muster, whether it’s a matter of mobilizing behind ideas that represent positive action and change (like #MatchAMillion or #MatchTheMillion) or hijacking the ones that don’t (like hashtags that cropped up in opposition to #BlackLivesMatter). By using social-media strategies they’d previously deployed to drive online popularity for BTS on platforms like Twitter and TikTok, they’ve found an equally playful and joyful way to raise awareness for issues and support causes that are important not only to their favorite boy band but also to anyone looking to make the world more just and more inclusive. They’re demonstrating the power that fans can have when they align for something meaningful, working together in a different kind of choreography.

Musicians' charitable organizations are finding more ways to help than ever this year.

The organization and its athletes have shown heartfelt commitment to the cause.