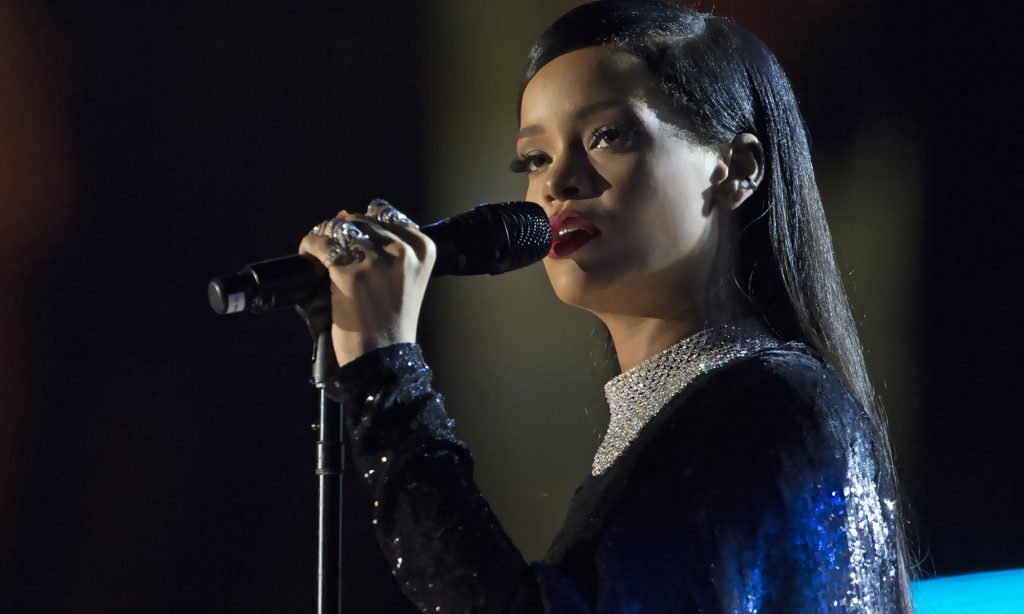 Every artist recognizes music’s potential to change hearts and minds in ways that can be as profound for the creator as for the audience. But some stars go a step further in making a difference and being the change they want to see.

In recent years, many artists have been moved to create and lead philanthropic foundations to address urgent issues and needs. And with all the challenges highlighted by the events of 2020, there’s more than enough going on in the world to justify their efforts — organizations and foundations like these feel more valuable than ever. Here’s a look at some of the ways they made an impact this year.

Among superstars fighting the good fight, Rihanna sets the standard. Founded in 2012 and named after Rihanna’s grandparents, the Clara Lionel Foundation has made a priority of supporting and funding education and emergency-response programs. Along with working hard to further programs in Malawi, Barbados and Senegal, CLF has provided help when and where it’s most needed.

The international crises provoked by the COVID-19 pandemic led to a truly global response by RiRi and her partners. CLF’s pandemic-related work began in March with a $5 million contribution to help immediately mobilize efforts to support food banks for at-risk communities and the elderly in the U.S. and address needs for testing and care in countries like Haiti. It continued with more contributions and fund- and awareness-raising initiatives to address the impact on mental health and food supplies in cities across America, especially within marginalized communities.

The push for racial justice and the protection of voting rights are very much part of CLF’s agenda, too. As Rihanna wrote in an Instagram post in June as protests spread across the country and America looked ahead to the election, “We all have voices and I want people to know that it’s imperative that they go out and use them and speak up for what they believe in.” Taking her own advice to heart, Rihanna’s been both tireless and fearless in her efforts to make the world a more just and more caring place.

Founded in 2003 by JAY-Z and his mother, Gloria Carter, the Shawn Carter Foundation has worked to increase educational opportunities for individuals facing socioeconomic hardships. The challenges of 2020 inevitably had a big impact on the foundation’s activities. At the end of March, it joined forces with the Clara Lionel Foundation and pledged $2 million to address the needs of people most vulnerable to the impact of COVID-19, including high-risk communities, the children of frontline health workers and first responders, the incarcerated, the elderly and the homeless. CLF and the Shawn Carter Foundation also teamed with Twitter and Square CEO Jack Dorsey to release $6.2 million in grants for COVID-19 rapid-response efforts for 11 organizations in April. Pandemic efforts also included getting much-needed supermarket gift cards to households in three Brooklyn public housing complexes.

And while the current situation meant that the foundation had to postpone its annual star-studded gala, it still had the chance to celebrate the graduations of some of the amazing people it’s been able to help.

A post shared by The Shawn Mendes Foundation (@shawnfoundation)

Having turned the ripe old age of 22 this year, Shawn Mendes may no longer be the fresh-faced Canadian who emerged as imaginary-boyfriend material in 2014. But he remains a firm believer in the potential of young people. With the Shawn Mendes Foundation, he has sought to inspire and empower a generation that’s just beginning to tackle the issues before them. Children’s healthcare, education, anti-bullying and mental health are all key areas of focus.

Launched in 2019, the foundation made its mark this year with initiatives like the Global Citizen Academy, a new scholarship program for high school graduates looking to become youth changemakers. Responding to the need to take action on coronavirus, Mendes and Camila Cabello hosted a virtual concert as part of the Together at Home virtual concert series by the scholarship program’s partner Global Citizen. The foundation has also pushed hard to raise funds for the SickKids Foundation in Toronto, kicking off the campaign with a $175,000 donation to help purchase equipment and supplies for COVID-19 preparedness.

In the months since, Mendes has continued to amplify fans’ demands for action and awareness on racial justice, climate change, suicide prevention and so much more.

A post shared by Born This Way Foundation (@btwfoundation)

The pandemic’s impact on mental health has given urgency to the mission of Lady Gaga’s philanthropic organization. Cofounded by Lady Gaga and her mother, Cynthia Germanotta, the Born This Way Foundation has developed programs and initiatives aimed to promote the emotional well-being of young people and eliminate the stigmas that surround mental health. In the fall of 2020, the foundation published Channel Kindness, an audiobook collection of true-life stories of positivity, change and empathy. Many of these stories have reached viewers via youth reporters for the project’s web and social platforms. In a livestream in September, Gaga and her mom spoke movingly about the need for love, openness and acceptance when it’s so easy to feel isolated. Encouraging Generation Z and millennials to exercise their voting rights was another big priority for the foundation.

Of course, promoting the belief that change is possible is at the core of all these artists’ efforts. The same is true for many more artist-led foundations with vital missions, a long and important list of causes that includes Elton John’s continuing battle against HIV/AIDS with the Elton John AIDS Foundation, Alicia Keys’ drive to empower and protect children worldwide via Keep a Child Alive, Zac Brown aiding kids and military vets with Camp Southern Ground and Chance the Rapper inspiring the youth of Chicago with SocialWorks. Through their varied endeavors, these artists and their teams prove that being hopeful can be a radical act.

The organization and its athletes have shown heartfelt commitment to the cause.