A Shining Star: Houston Texans And Their Many Fans 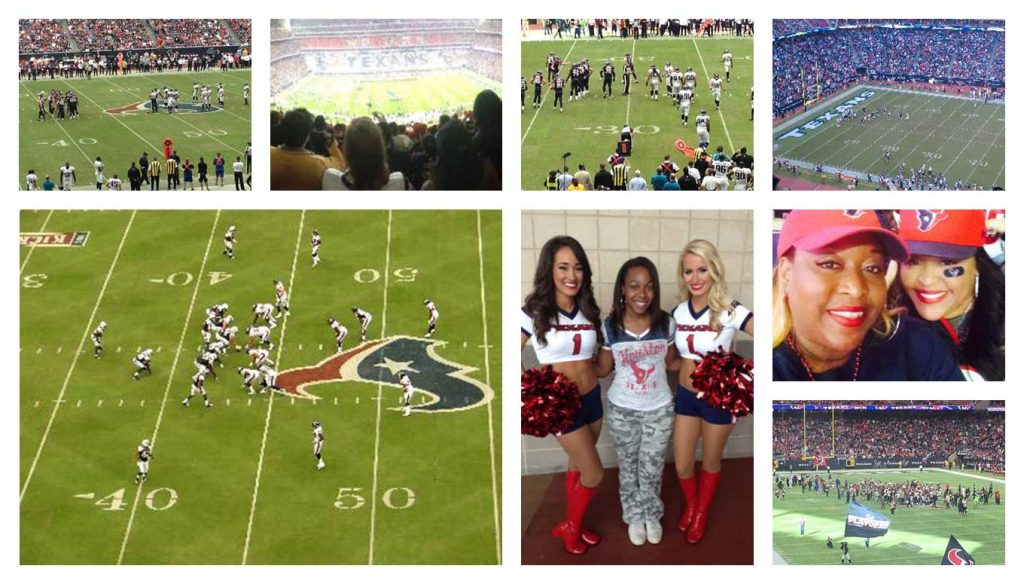 The Houston Texans are a young team, first hitting the field in 2002 after the Oilers departed for Nashville, Tennessee in 1996. Despite their youth, the Texans are a bright and bold example that age isn’t always important in the game of football. In the team’s tenure, they’ve already secure a handful of division championships, including in 2012 and 2015.

What’s more exciting than the division titles is that in a little over a decade, the Texans have attracted a truly passionate core of fans, those who believe football is a way of life in Houston. And with everything the team’s offered to fans in a short time, it’s no wonder so many folks happily rep the deep steel blue and battle red.

For the teams entire tenure, they’ve called NRG Stadium (previously Reliant Stadium) home. Although for one brief, moment, the team all but owned the Dallas Cowboys’ AT&T Stadium, theoretically.

On Sunday, Oct. 5, 2014, the Texans were technically the away team in a game against Dallas. Not that you’d be able to tell from the stands: With several thousand Texans fans making the drive from Houston to Dallas, the sea of blue in the stadium definitely leaned more toward the Texans’ richer hue. In fact, the Texans fans were so loud that at several times during the game, Cowboys players had to make use of silent snap counts.

One Cowboys player even went as far as to say that Dallas was actually the road team for that game. How is that for a deeply passionate fanbase?

Tailgating is a tried and true part of football. But there is perhaps no other team committed to this celebration more than the Texans. Before each game, fans gather outside NRG Stadium to enjoy some live music, random contests, exhibitions by Texans cheerleaders and dancers, and much more. But who says the party has to happen just on game day?

Every August, the team holds an event called Back to Tailgating just before the new season kicks off. This Texas-sized get-together happens away from NRG Stadium, like at Academy Sports + Outdoors, and features all those amenities plus games, free food and an appearance from TORO the mascot. Because when is there ever not a perfect time for a few hours of tailgatin’?

Fans of many different feathers

Houston in general has a ton of nicknames, from the official moniker of Space City to H-Town and the Capital of the Sunbelt. That just goes to show how diverse the town is, both in general interests and what it’s known for. The Texans’ fanbase is similarly versatile, representative of Houston’s real culture. Just how diverse? Check out two of Texans’ most famous and enthusiastic fans:

Whether on the go or lounging at home, Texans fans have untold access to the team through handy apps.

The Texans Desktop Site features a wide array of amenities, including:

The Texans app, meanwhile, features much of the same, plus a few extra perks, like:

Plus, fans can upload pictures that may appear on NRG Stadium’s video board during home games.

The app is only a small part of the connection fans have with the Texans. With each winning season, the Texans and their many, many fans build a true football dynasty.