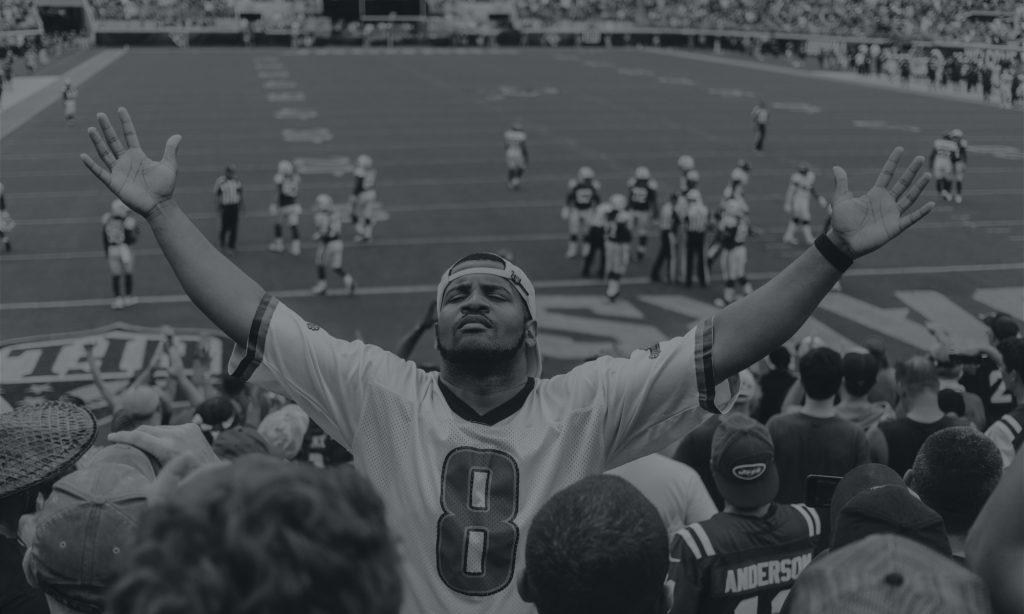 This week, we prep for the NFL‘s return with a collection of exciting matchups, which include Super Bowl winners and some promising rookies. We’re also getting our popcorn ready for the US Open’s championship weekend. In music, we’re pumped to catch FKA Twigs on her upcoming tour — same with Tool, whose new album, Fear Inoculum, is currently on repeat, along with Frankie Cosmos’ latest, Close It Quietly.

1. The NFL’s Most Exciting Week 1 Matchups

The 100th season of the NFL is officially in full swing, and these are five of the most anticipated matchups for week 1:

Chiefs vs Jaguars: This Sunday, the Jacksonville Jaguars will be setting out to prove themselves in front of a home crowd, focusing on their defense against Patrick Mahomes and the high-powered offense of the Kansas City Chiefs.

Rams vs Panthers: After losing to the Patriots in the Super Bowl just seven months ago, the Los Angeles Rams are ready to tackle a new season, with former Offensive Player of the Year Todd Gurley and young players like Brian Allen and Sebastian Joseph-Day stepping into starting roles against the Carolina Panthers and star quarterback Cam Newton, who just happened to recently set the world record for one-handed catches (51 in a span of 60 seconds).

Patriots vs Steelers: Reigning Super Bowl champs the New England Patriots will host the Pittsburgh Steelers during primetime for the Sunday Night Football game. The Steelers’ Ben Roethlisberger is looking to finally beat a Tom Brady–led Patriots in New England for the first time — and some predict that he can do it.

Browns vs Titans: After a promising 2018 season, the new-look Cleveland Browns are ready to show their worth with Odell Beckham Jr. and 2018’s PFWA Rookie of the Year Baker Mayfield up against the Tennessee Titans’ solid defense.

Broncos vs Raiders: The Denver Broncos, with new head coach Vic Fangio, are heading to the Bay Area to take on the Oakland Raiders for Monday Night Football. It will be the Broncos debut of former Ravens Super Bowl–winning quarterback Joe Flacco, and the Raiders debut for SEC MVP running back Josh Jacobs.

Tickets on-sale Sept. 6 at 10 am local time, with a limited number of tickets available to Tool Army members on Sept. 4. More information can be found via Toolband.com.

The wait is finally over. Frontman Maynard James Keenan and co. just unveiled their fifth studio album, Fear Inoculum, last week — some 13 years after releasing their previous record. The band’s been teasing new music for well over a decade. Now, they’ve stepped it up, not only with new tunes, but also by adding their entire catalog to all streaming services and every one of their official music videos to YouTube. The move has made them the first act to own all Top 10 spots on Billboard’s Digital Rock Songs Sales chart. On top of all that, they’ve got a new tour planned in support of Fear Inoculum, which kicks off in Sacramento, California, on October 13 and closes out in Washington, DC, on November 25. Tickets go on sale today.

Tennis’ last Grand Slam tournament of 2019 is looking to close out with a bang as we head into championship weekend. One of the biggest stories leading up to the finals includes five-time champion Roger Federer’s loss to Bulgaria’s Grigor Dimitrov (lovingly referred to as “Baby Fed”). Dimitrov is the lowest-ranked Grand Slam semifinalist since Rainer Schuettler at 2008’s Wimbledon. In the women’s singles, Serena Williams won her 100th US Open match, defeating China’s Qiang Wang to enter the semifinals. Now she will face Canadian Bianca Andreescu for the championship on Saturday, September 7.

Last post today I swear! We have a bunch of new tour dates with the new record this fall. Tickets for US/Canada shows go on sale Friday!

Indie-rock darlings Frankie Cosmos return with their fourth studio album, Close It Quietly, released today via legendary Seattle label Sub Pop. The album features singles “Windows” and “Wannago,” the latter inspired by the band’s love for reality baking competition shows. Led by Greta Kline (daughter of actors Kevin Kline and Phoebe Cates), the group will also be heading out on tour, starting in Boston on September 18 with dates throughout the U.S. up through November.

when we previewed the MAGDALENE show earlier this year we didn’t know what to expect. over the past 6 months, we’ve formed a creative family, all working in equal parts to bring mine and @theo.adams vision to the stage. preparing the MAGDALENE show has been my most ambitious undertaking, and the thought of sharing it with a wider audience is thrilling. you’ve been very patient… MAGDALENE returns this november, more fabulous than ever. the presale sign-up is open until 10am ET tomorrow, link in my bio. <3