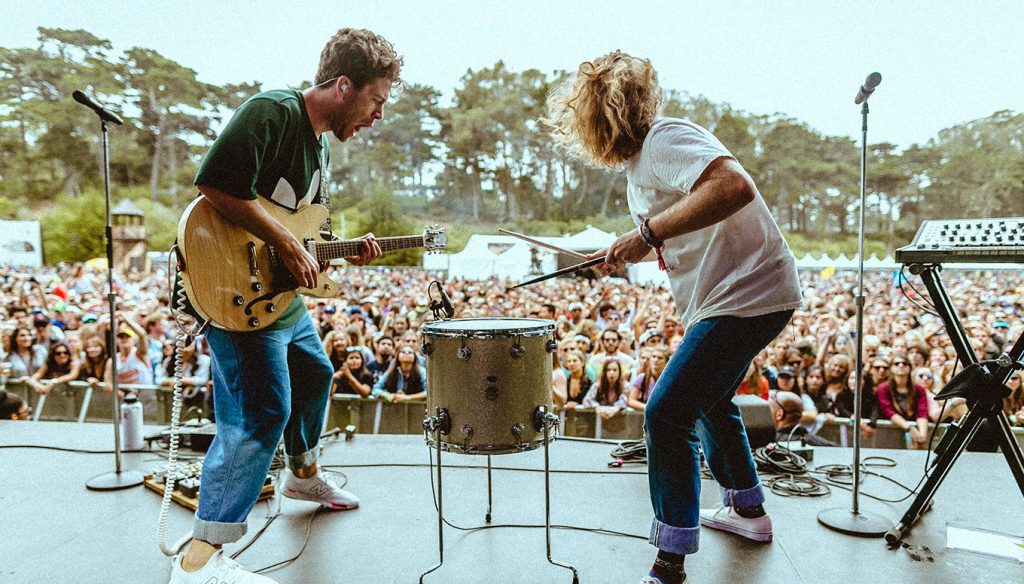 Hometown: Colorado and Washington.
Latest Release: The singles “MI Amour,” “GOODMORNING, Goodbye” and “LOVE Somebody”
See Them Live: On tour now and playing festivals this summer.
If You Like: A R I Z O N A, The Chainsmokers, LANY
FYI: Band members James Sunderland and Brett Hite met while working together at a lululemon athletic apparel store.

When asked where their music comes from, the members of FRENSHIP say “We both grew up in or near the mountains. James in Colorado and Brett in Washington, so, pretty much Mountains, USA.” While it sounds like some hippy dippy thing a member of a jam band might say, it’s also rather fitting. There’s a spaciousness to the group’s mix of electronic music, pop and rock that does evoke the wide-open vistas and gasp-inducing heights of their native environment.

Though the group fit in securely with other radio-friendly alternative electro-pop groups, crafting their music on laptops and disseminating them online, there’s something more to FRENSHIP. “I’d say we play pop music but we think we’re cooler than we probably are,” the band says.

RALEIGH, you were on fire. DC, we can’t wait to see you tomorrow. 📷 @jakobwandel

Indeed, their self-described “high energy” live show leaves the competition in the dust, with their songs treated to added guitar textures and a full band treatment. “We get all kinds of sweaty and try to create a positive atmosphere where everyone is free to be themselves,” the band says. “A lot of people also don’t realize we are a 5-piece band live.”

Maybe it’s the group’s diverse influences that give them an edge. The members cite Bon Iver, Notorious B.I.G., The Police and Genesis, among their favorites and their dream collaborations would be with contemporaries Ellie Goulding, The 1975 and Little Dragon.

The band claims their best music is the result of spontaneity and “not thinking too much.” Since the recording of their 2016 debut EP Truce, “we definitely have learned to be better at allowing creativity and criticism to not interfere with one another.”

These lessons are on full display on their latest clutch of singles, including “MI Amour” and “LOVE Somebody.” “We’ve grown up a lot since before (their breakout single) “Capsize” and it took some digging to find the best way to tell the stories of where and who we are now.”

FRENSHIP are currently on tour in the South West and will be appearing at this year’s Bonnaroo and Lollapalooza festivals. They’re also excited to be putting out more recordings this year, saying, “We couldn’t be more ready to participate in the modern landscape of releasing music again!”

See FRENSHIP  live, check out their tour dates and find a show near you.