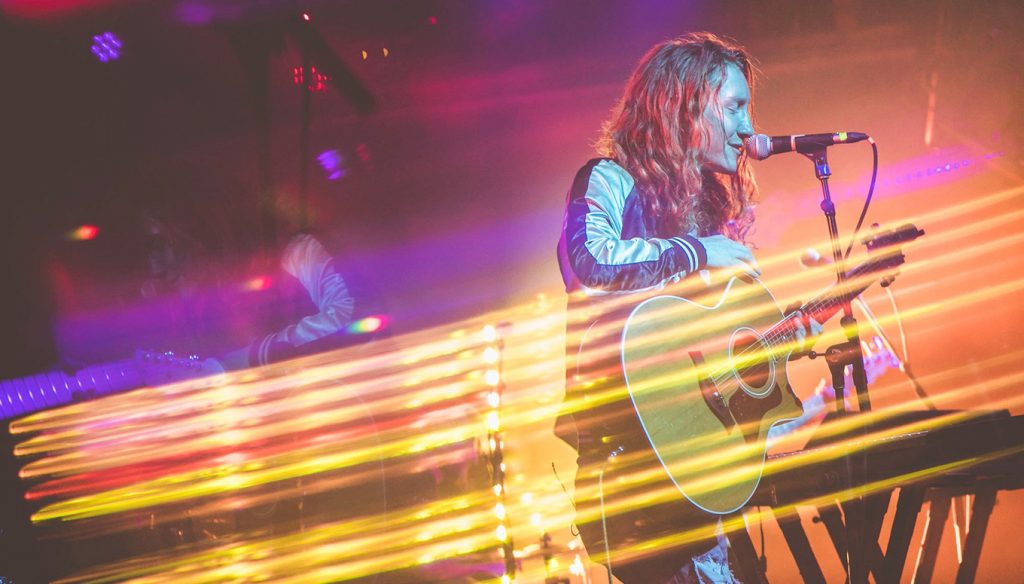 Hometown: Hood River, Oregon by way of Los Angeles, CA
Latest Release: The new song and video “Rely.”
See Them Live: Touring this February – March & playing festivals over the summer.
If You Like: LANY, Portugal. The Man, BORNS, Misterwives
FYI: Bassist Dylan Bauld has co-written songs for Halsey and Lights.

The sound of flor is the sound of an introvert finally feeling confident enough to tell everyone what they’re really thinking. It’s hushed intimate passages giving way to giant climaxes. It’s haunting and happy, soft and loud, like a still moonlit night interrupted by a Technicolor fireworks display.

At the center of flor’s sound is vocalist, guitarist and primary lyricist Zach Grace. “Making this album has really been about me coming out my shell and getting over whatever block I have about letting people know what’s going on in my head,” says Grace about the band’s debut album, 2017’s come out, you’re hiding. “A lot of people probably struggle with believing in themselves that way, and the album’s a testament to overcoming that.”

flor, whose name is the Portuguese word for “flower,” formed in the small town of Hood River, Oregon, which has a population of just over 7,000. Grace first began playing with bassist Dylan Bauld and guitarist McKinley Kitts as teenagers. They eventually added drummer Kyle Hill and after gaining a reputation as a must-see live act, they decided to take things to the next level and relocated to the music industry center or Los Angeles.  In 2016 they signed with esteemed boutique label Fueled By Ramen, home of Paramore and Twenty One Pilots, who put out their first EP Sounds in early 2016.

come out. you’re hiding, whose title references Grace’s solitary nature, was recorded in Bauld’s bedroom studio. Grace says of the band’s creative process, “I’ll make a basic track and take it to Dylan, and he’ll build it from there.” His personal lyrics are written, “in a very journal-like way,” which the band then embellishes with guitar and keyboard textures.

last show in columbus last night ? perfect way to end it. thank you again to @thisisarizonamusic for letting us tag along. ? @jphever

The band’s renowned live show, which sees the intimacy of their songs delivered with the explosive passion of stadium rockers, has landed them spots on this summer’s premiere music festivals, including appearances at Firefly, Bottle Rock and Bonnaroo. The band is already selling out shows on their upcoming headlining tour, which starts on February 2 in Seattle. The tour coincides with the deluxe re-release of come out, you’re hiding, featuring three extra songs, including the single “Rely,” which was just released along with a new music video.

Check out flor when they come to your town on tour and be sure to look out for upcoming online exclusives from the band on Ticketmaster Insider.

See flor live, check out their tour dates and find a show near you.