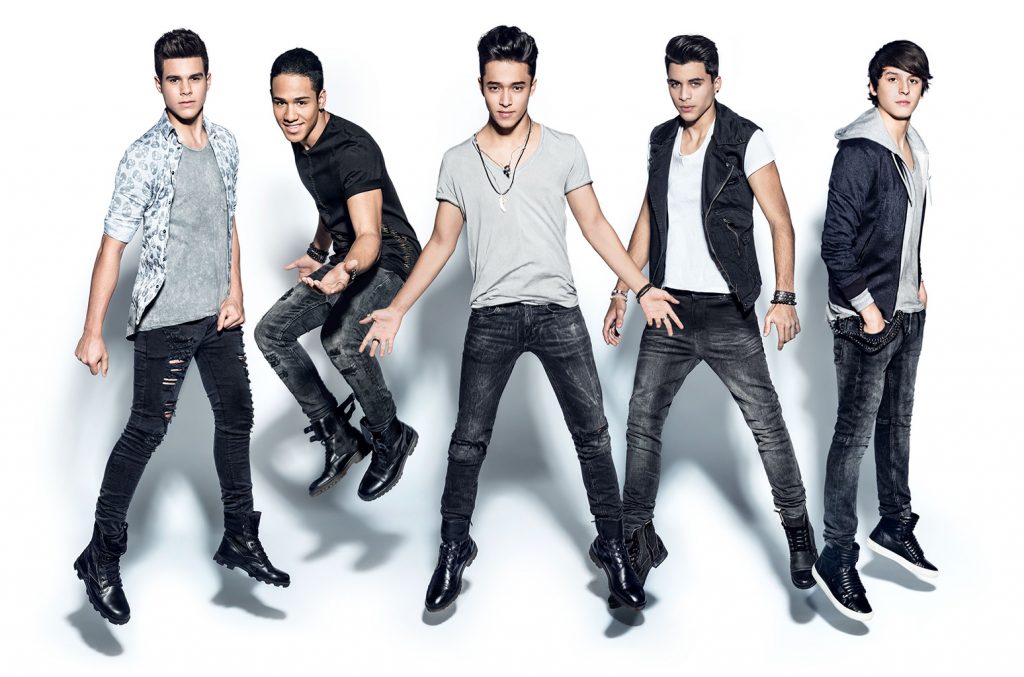 CNCO’s breakthrough success in the world of Latin Pop has been nothing short of spectacular. In just two years time, the young heartthrobs have achieved global recognition with their infectious Pop anthems, including chart-toppers like “Tan Fácil” and ”Reguetón lento (Bailemos)”.

The hyper talented five piece first banded together after being crowned winners of Ricky Martin and Simon Cowell’s hit TV show, La Banda, and have been unstoppable since. Now they are set to tour alongside huge names like Ariana Grande, Pitbull, Enrique Iglesias and mentor Ricky Martin this year. CNCO will also bring their impeccable song and dance routine on the road for their first very own headlining tour here in 2017.

Its shaping up to be an exciting year for CNCO and their gigantic fan army, known as #CNCOwners. So much so, that fans have been channeling that excitement into some really awesome CNCO-inspired works of art. We found some of the latest and greatest to share with you for this week’s #FanArtFriday. Check it out down below:

We’re loving this killer charcoal sketch of Richard Camacho by the talented @art_cnco. Check out their feed for a whole gang of epic, original CNCO fan art.

Wow, this Joel Pimentel portrait so realistic that it’s…well, unreal! Some serious skills in this pencil illustration by @vickrarts.

The color coordination of the hat and the gradient background works so well! @imonseblanco makes it look dreamy, just like Zabdiel De Jesus ?.

The masterful @itspaulhy did the whole dang squad! Which is your favorite?

Thank you for stopping by and a big thanks to all you dedicated #CNCOwners whose lovely fan art is featured above. You guys are rockin’ the house!

CNCO are currently on a once-in-a-lifetime tour with Latin legends Enrique Iglesias and Pitbull!  Get all the info you need, including ticket packages and tour dates at Ticketmaster.

Enrique Iglesias has been melting hearts with his signature blend of fiery Latin pop for over three decades now and he certainly isn’t slowing down any...