A Galaxy Of Fans: The Many Supporters Of The Dallas Stars 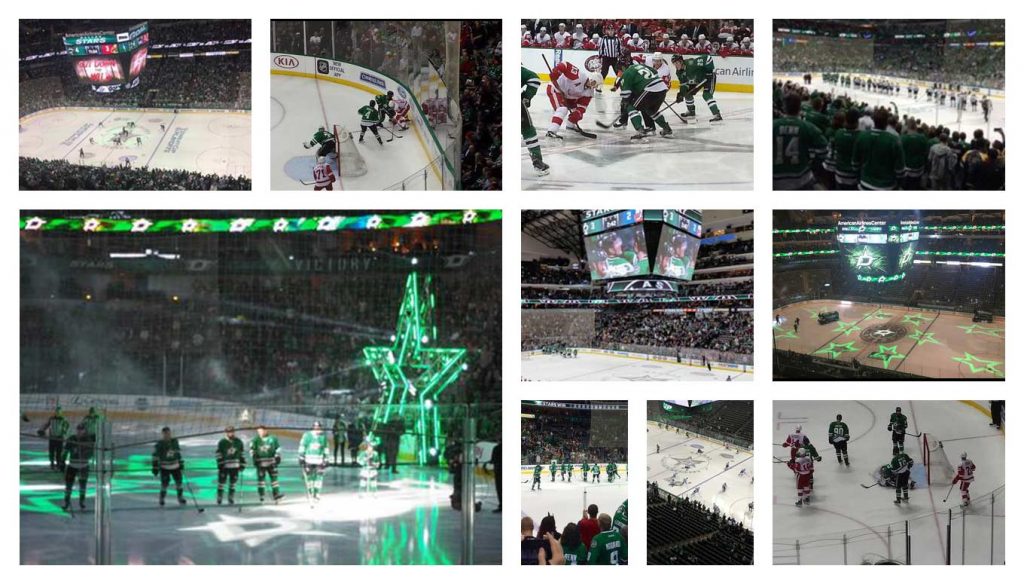 Since moving to Dallas in 1993, the Dallas Stars have been one of the most successful franchises in the NHL both on and off the ice. On the ice, the team has quite a few accolades, including eight division titles in Dallas alone, the 1999 Stanley Cup champions, and the winner of two Presidents’ Trophies. Off the ice, the team’s commitment to growing hockey in the Southwest has allowed for individuals of all ages to learn the sport they love through learn-to-skate programs or participating in all levels of competitive hockey. Led by captain Jamie Benn and forward Tyler Seguin, the young core of the club is already shining bright and growing into one of the best teams in the League. Last season, the Stars captured the Central Division crown and finished with the best regular season record in the Western Conference.

The song remains the same
There is no denying the Stars love their many, many followers. It’s their cheers that often make the difference during a clutch moment on the ice. However, that doesn’t mean that the team can’t have a little fun every now and then. In October 2015, as the team played host to the Vancouver Canucks, the team’s DJ decided to start the game off by playing a song from Canadian rock band Nickelback. Only that three-minute song turned into an entire period of that one Nickelback tune. Fans even had a chance to vote which band they’d never hear at the American Airlines Center ever again (spoiler: the choices were all Nickelback). With most fans having a good laugh at the impromptu Nickelback concert, sometimes humor makes for great hockey.

Food and dining options galore
Capable of holding 18,582 fans for all hockey games, American Airlines Center‘s bowl-style architecture means that no matter where you sit in the venue, you’ll always have the best view of the action on the ice. If you can happen to pry yourself away from the game, the stadium is full of great amenities, especially the food. The arena serves everything from standard fare like hamburgers and pizza to a catfish basket and garlic parmesan French fries. For the children, there’s always the Dr Pepper Fan Zone, the perfect spot for birthday parties and other gatherings.

No ordinary screen
Plenty of Stars fans draw attention to themselves, either with wacky costumes and props or simply by going full-on with the team apparel. However, when it comes to being the biggest and the loudest, few fans can beat out one source: AAC’s video board. As a means of standing out from other teams, the video board is a source of great wit and good fun for the Stars. Whether it’s a little light-hearted mockery at the expense of celebrities, or playfully mocking opposing teams, the video board is like a combination cheerleader and a 40-foot-tall fan. Fans have even taken to Facebook and Twitter to share their favorite video board memes and moments, proving that this is no ordinary screen; it’s practically a member of the Stars family.

Get in the game
Check out the Dallas Stars schedule and view Ticketmaster NHL and the NHL Ticket Exchange for Dallas Stars verified tickets.