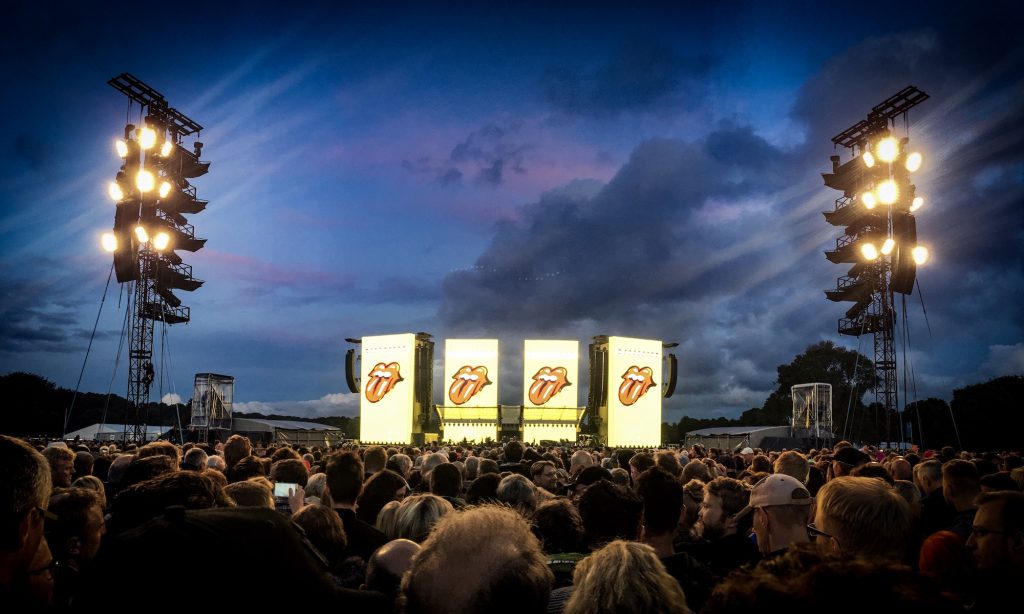 Welcome to our limited series on concert innovations, where we celebrate the ways music performance has evolved over the decades.

At the height of Beatlemania in the mid-’60s, the Fab Four’s popularity swiftly outgrew the capacity of standard theaters and concert halls. So they had to upgrade to the only venues that could accommodate their massive fanbase: sports stadiums. But while The Beatles’ performance at New York’s Shea Stadium in 1965 has become the stuff of rock legend, the sheer joy of 55,000 screaming attendees tends to overshadow an unfortunate tradeoff: instead of making the band seem larger than life, Shea made the Fabs appear impossibly small.

Since the dawn of the stadium-rock era, artists and promoters have grappled with the conundrum of how to make fans feel like they’re part of the show. And while the ‘70s saw the advent of various special effects and pyrotechnic displays that could be enjoyed from the cheap seats, no innovation has bridged the gap between the stage and the back rows quite like the big-screen scoreboard — known colloquially as the jumbotron. Though the use of projected visuals had been a hallmark of rock concerts since the psychedelic era, the jumbotron could make fans in the nosebleeds feel like they were front-row center, allowing them to count the beads of sweat on Mick Jagger’s forehead.

The first such behemoth was unveiled by Mitsubishi in Los Angeles’ Dodgers Stadium at the 1980 Major League Baseball All-Star game. But where that innovation was based on traditional cathode-ray TV-set technology, Sony’s 1985 model — which debuted at Expo ‘85 in Tsukuba Japan — ushered in the era of non-projection screens made of thousands of light-emitting cells. Over the decade, the technology was gradually incorporated into sports venues across North America to showcase instant replays, advertisements and crowd-participation features like the Kiss Cam — and also enhance the audience experience by providing close-up views of the performers onstage. But while the big screens solved a problem, there was a tradeoff: they effectively turned concert-goers into TV watchers, diverting their eyes away from the athletes and artists they had paid to see live.

As jumbotron technology improved and became more portable, artists started to bring their own screens on tour, centering them behind the stage so that everyone’s view was fixed in the same direction. And by the early ‘90s, jumbotrons weren’t just a practical complement to the show — they had become an artistic medium unto themselves. On U2’s groundbreaking Zoo TV tour of 1992-93, the Irish icons transformed their stage show into a roving multimedia extravaganza, transmitting pre-recorded vignettes, manipulated media footage, interactive live feeds and a news-ticker-type crawl of ideas. And in the 21st century, the possibilities of the video screen have expanded exponentially, whether being used to display short films during set changeovers, as Rush did during their Time Machine tour in 2010-11; make the Rolling Stones‘ Mick and Keith appear 100 feet tall; provide a bird’s-eye view of Radiohead‘s band members’ hands as they play their instruments; or transform Daft Punk‘s DJ booth into a pulsating multimedia nerve center. But no matter how far out they get, jumbotron spectacles continue to open up a world of possibilities for both spectators and performers.