9 Unforgettable Moments in US Open History 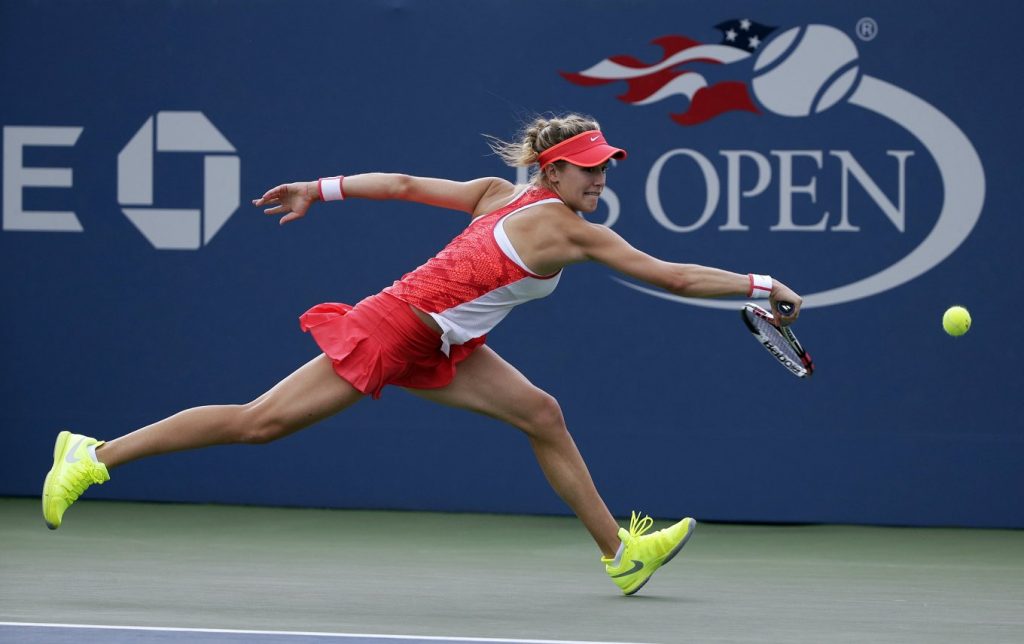 The US Open is the fourth and final major of the tennis season, the culmination of a year’s worth of excellence and a fan-thrilling celebration of the sport. Each year, hundreds of thousands of people descend on the USTA Billie Jean King National Tennis Center in Flushing, NY, to watch the greatest players in the sport compete in the late-summer classic.

While the tournament has been held annually since 1881, the decision in 1968 to allow professional and amateur tennis players to compete against each other is the consensus starting point of the sport’s modern era. The US Open has been the site of many memorable moments, and the final round is an especially reliable trove of them. Joining such legends as Jimmy Connors, Steffi Graf, Pete Sampras and Esther Vergeer are these champions whose most legendary moments came on the courts of Forest Hills and Flushing Meadows.

Rod Laver is the only men’s player to have held two singles Grand Slams (winning the French, Australian, and US opens, plus Wimbledon, in a single year) — 1962 and ’69 — and possibly could have had at least a third in between had he not turned pro in 1963. Laver was upset by South African Cliff Drysdale in the fourth round of the 1968 US Open, but returned to form in 1969, beating fellow Australian Tony Roche 7-9, 6-1, 6-2, 6-2, to complete the slam. Three weeks later, Laver’s wife, Mary, gave birth to their son, Rick, making an incredible year for the Laver family even better.

New Zealand’s Evonne Goolagong Cawley was one of the greatest tennis players of her generation, winning seven majors from 1971 to 1980 — but winning the US Open was so close and yet so far away. Goolagong reached the finals on four consecutive occasions starting in 1973, but came across legendary competition in the form of Margaret Court, Billie Jean King and Chris Evert, who defeated Goolagong for her first two US Open titles in 1975 and 1976.

Hana Mandlíková twice won the Australian Open title (1980 and ’87) as well as the 1981 French Open, but her greatest singles achievement came against Martina Navratilova in 1985 at the US Open, when the two duked it out in a three-set classic. Mandlíková surprised Martina early, grabbing a 7-6 (7-3) victory in the first set, but Navratilova came roaring back with a 6-1 second set. It took a tie-breaker in the final set for Mandlíková to put away Navratilova, 7-6 (7-2). The two Czech-born players would later team up to win the 1989 US Open women’s doubles tournament.

The Williams sisters have dominated the tennis landscape for a generation. Venus and Serena have faced each other in the US Open six times, with the championship on the line for their first two meetings in Flushing. In 2001, Venus dominated the first set 6-2; Serena made it 3-3 in the second set before her older sister ran away with a 6-4 victory and her second consecutive US Open title. The Williams sisters would soon face each other in four consecutive major finals, from the 2002 French Open to the 2003 Australian Open, with Serena beating Venus each time, including a 6-4, 6-3 victory in the 2002 US Open.

Andre Agassi made the final appearance of his career in the 2006 US Open, but his last great run came a year before, when a 35-year-old Agassi faced 24-year-old Roger Federer. Federer would win his second of five straight US Open men’s singles titles in 2005, but Agassi held his own, dominating the second set 6-2 and almost winning the third before going down 6-1 in the fourth set.

In 2009, a few weeks shy of his 21st birthday, Argentinian Juan Martín del Potro became the first player to defeat Roger Federer in the US Open since 2003, in a five-set final for the ages. Going in, Federer was looking to be only the second player to win the US Open men’s final six times in a row, after Richard Sears won the first seven titles in the 1880s. Under the lights, del Potro had to earn his set wins with two tie-breakers in order to keep even with Federer—and then broke away in the fifth set for a 6-2 clincher.

The 2018 men’s final saw a return to form for two previous US Open champions. Juan Martín del Potro overcame a series of wrist injuries that hampered his career after his 2009 victory over Roger Federer, to face three-time champion Novak Djokovic in the US Open finals. Djokovic — who himself had recovered from an elbow injury earlier in the year — beat del Potro in straight sets, and in the process avenged his defeat at the hands of the Argentinian in the bronze-medal match of the 2012 Olympics. On the women’s side, youth and experience made for an exciting final, as 20-year-old Naomi Osaka defeated her childhood idol, Serena Williams, to become the first Japanese-born winner of a major.

Nineteen-year-old Canadian Bianca Andreescu became the first player born in the 2000s and also the first Canadian to win a Grand Slam, defeating Serena Williams 6-3, 7-5 in the 2019 US Open women’s final. This capped off an incredible year for Andreescu, who also won the Indian Wells Open and came out victorious against Williams in the finals of the Canadian Open (a.k.a. The Rogers Cup), when Williams had to retire due to back problems. At the US Open, Williams showed why she was a six-time singles champion in the first set, holding her own in a 10:07-long seventh game where Andreescu had the advantage several times before Williams made it 4-3. But Andreescu then pulled away, and though Williams made a stunning rally after Andreescu initially led 5 games to 1 in the second set, Andreescu emerged victorious.