Columbus Blue Jackets Fans Are On The March to Victory 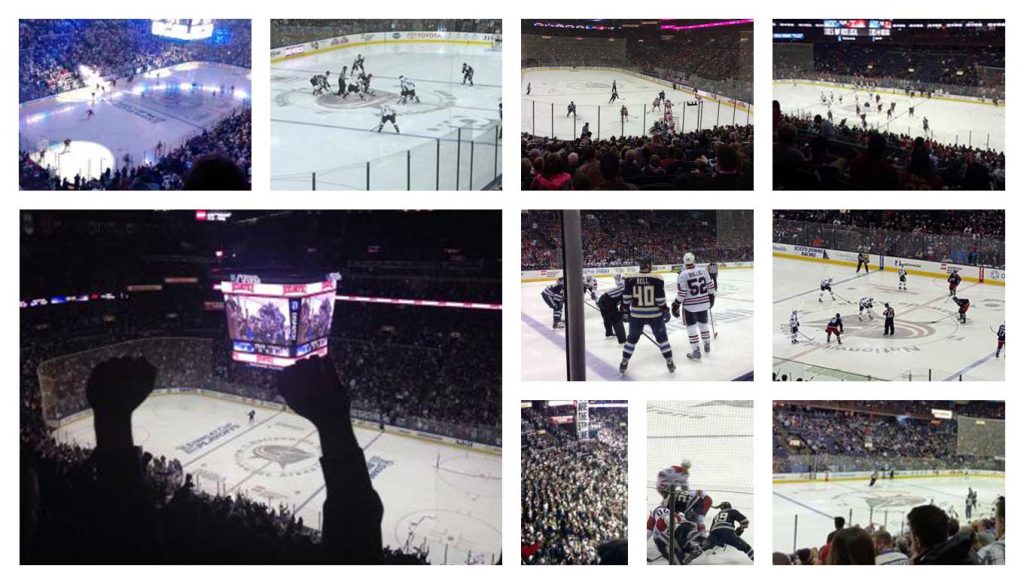 The Columbus Blue Jackets are one of pro hockey’s youngest franchises, emerging at the beginning of the new millennium to give fans across Ohio a team to call their own.

Named for Ohio’s major role in the Civil War on the side of the Union, the Blue Jackets are Ohio’s champion in the pro hockey world.

With two playoff appearances, the most recent one in 2014, the team’s performance coming into 2017 has been impressive.

As the Blue Jackets heat things up on the ice – thanks to stars like captain Nick Foligno and All-Star Cam Atkinson – it’s no surprise more and more cheering fans are making their way to Blue Jackets games.

Staying connected to the Blue Jackets

Building relationships with fans is a priority for the Blue Jackets. Supporters can connect on Facebook, Twitter, and the team’s mobile app, just to name a few options.

Not getting enough info? The Blue Jackets also produce CBJ in 30, a daily, 30-minute podcast that’s perfect for getting the latest news and analysis, and you can most likely listen to each day’s entire episode during lunchtime or your daily commute.

Keeping up with the community

A strong sense of community involvement makes teams and their fans winners in one of the most significant ways possible. The mission of the Columbus Blue Jackets Foundation is to improve the health and wellness of kids throughout central Ohio.

A number of initiatives work toward that goal, including the Book Jackets reading program, presented by College Advantage.  There’s also Stinger’s Power Play Challenge, where the Blue Jackets’ mascot visits local schools to emphasize the importance of physical activity.

Events focused on adults are also part of the team’s community engagement  , including an annual Fifth Like 5k race, presented by OhioHealth and the opening of a the Winter Park community skating rink, presented by Worthington Inducsties,across from the Nationwide Arena.

Where a team plays has a major impact on its performance, and the Blue Jackets couldn’t ask for a better venue than Nationwide Arena.

Hockey time in the Garden! #CBJ

Supporters know a game coming when the arena’s 135-foot AEP light tower brightens the Columbus sky at night and serves as a beacon to faithful fans.

Some celebrity Blue Jackets fans well-known outside the world of hockey. Those notable names include: