Chance the Rapper’s Tour Kicks Off – “Be Encouraged” 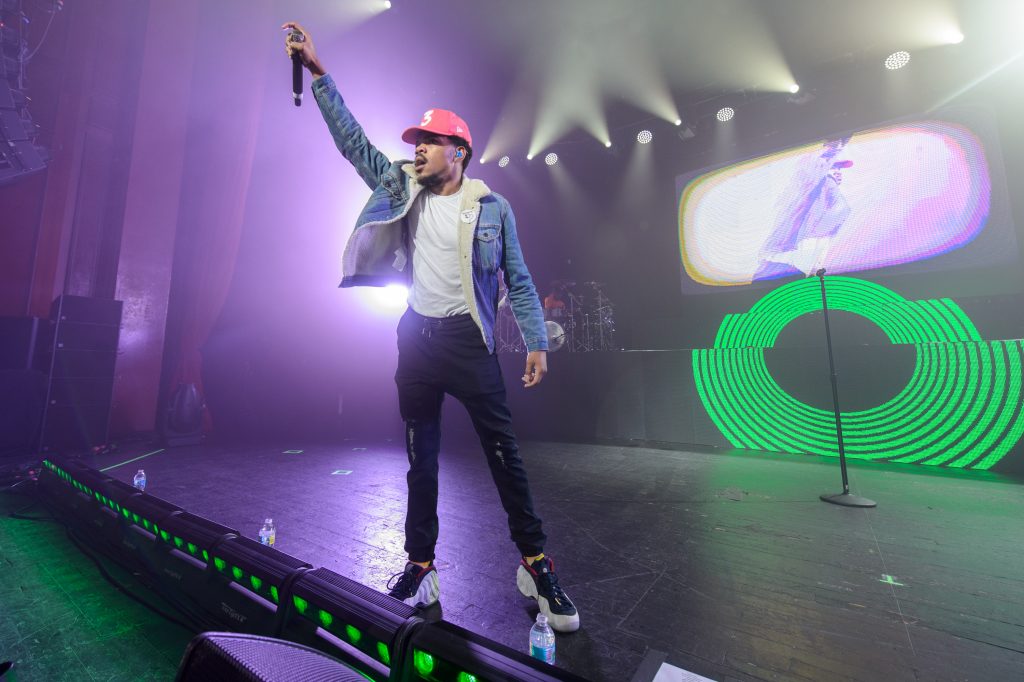 Chance the Rapper kicked off his 43-date Be Encouraged Spring tour in San Diego, California last month and continues his streak as America’s most-loved MC.

Recently playing a sold out show at the famous Red Rocks Amphitheater, Chance shows no signs of slowing down, despite his recent European show cancellations.

For the second time this year, the artist announced that his upcoming European tour dates were cancelled, citing scheduling conflicts that are “beyond his control” and releasing the following statement: “It is with regret that Chance the Rapper has to cancel his upcoming performance at Way Out West and his European festival tour in August. This is due to scheduling conflicts beyond his control. Chance sends his apologies to his fans and looks forward to returning to Europe soon.”

thank YOU GUYS for everything. tour goes on sale at https://t.co/m5rYnxicio at 7pm ET pic.twitter.com/9PVAdLs8Vt

But fear not! The Chicago native is still set to play the remainder of his North American Spring Tour dates throughout the United States until the end of June, in which the tour ends in Dover, Delaware. Additionally, Chance will headline 14 different festivals this summer, including the popular Texas-based music festival Austin City Limits.

Here’s Chano’s setlist from his first stop in San Diego:

When he’s not on the road serving up some Acid Rap to his millions of fans, the rapper keeps busy by managing a retail line as well as leading initiatives for social, economic and political progress.

Chance regularly donates to schools, leads marches to the voting booths, hosts free “Open Mike” nights for teens in Chicago, and so much more—this is just the tip of the iceberg for the Chi-town hero.

Check out this clip of Chano performing one of our favorite songs live in Sacramento:

Chance recently celebrated the 4 year anniversary of ‘Acid Rap’, his second official mixtape which he gives credit to “changing his life.” He expressed his gratitude on his socials this week, “Thank you to all the artists and producers that made this thing a possibility, I’m forever grateful.”

To stay up to date on Chance the Rapper and his Be Encouraged Tour, visit Ticketmaster and setlist.fm.