Carolina Hurricanes Fans Offer Their Team a Storm of Support 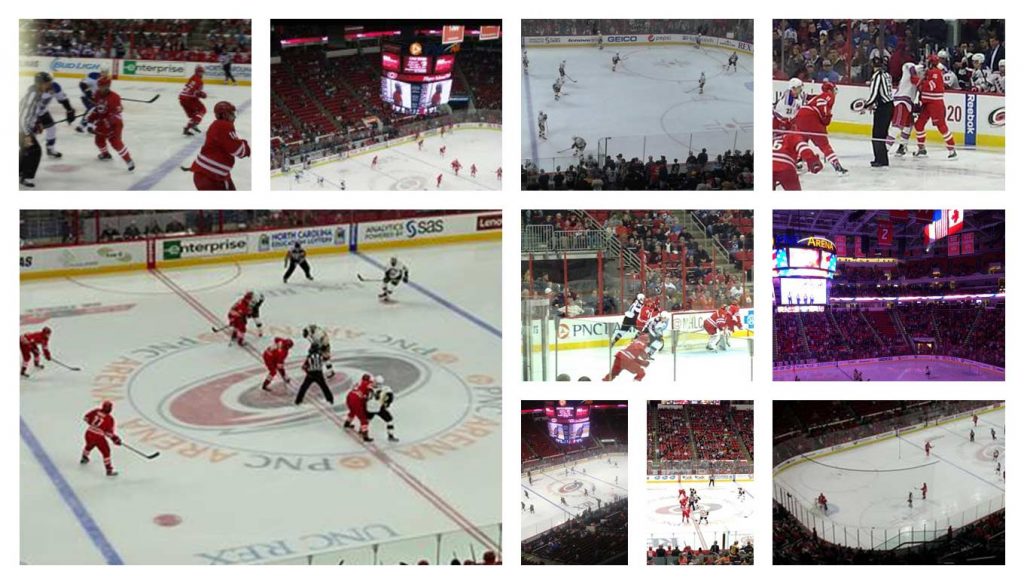 The Carolina Hurricanes are on the eve of a major milestone, as 2017 marks the 20th anniversary of the squad’s relocation to Raleigh. Chief among the Canes’ accomplishments since then is their 2006 Stanley Cup victory, a hard-fought win that they’ve bolstered with two conference championships and three division championships. With a strong team tradition to uphold and a major anniversary to commemorate, it’s no surprise the Hurricanes have fans pumped for an amazing season at PNC Arena.

PNC Arena opened its doors in 1999 with a seating capacity of 18,680 and has since earned an enduring place in the hearts of Hurricanes fans. The expansive indoor arena is impressive on its own, but the real excitement happens when it fills up with nearly 19,000 Hurricanes fans cheering on their home team from the stands.

The many dining options available inside the arena add to its vibrant atmosphere. The Foothills Pubdeck features 2,000 square feet of space for enjoying the game and offers a variety of classic pub-style food, while the Arena Club Restaurant has buffet service to fuel fans up before the puck drops. There are also plenty of food stands throughout the arena serving up everything from barbeque, chicken tenders, and walking tacos to sausages, sandwiches, and desserts.

The Hurricanes are more than a hockey team – they’re part of the Carolina community, and they continually give back to fans through their charitable efforts. The team’s Kids ‘N Community Foundation focuses on helping young people in the area by providing programming assistance and donations to education, health, and underserved populations. Fundraising events range from a skating session with current players to a Casino Night for aVIP experience.

The Canes count some familiar faces among their fanbase including late-night host Stephen Colbert and musician Kid Rock. There are also some colorful local fans who have become notable over the years for their intense level of support for the Hurricanes. These Caniacs include Mike Flanagan and Derek Roessler, longtime season ticket holders who sit in the loudest section of PNC Arena. Loud and proud, these two fans also host the Section 328 website and the Cheaters Never Win podcast, valuable resources for anyone interested in the team.