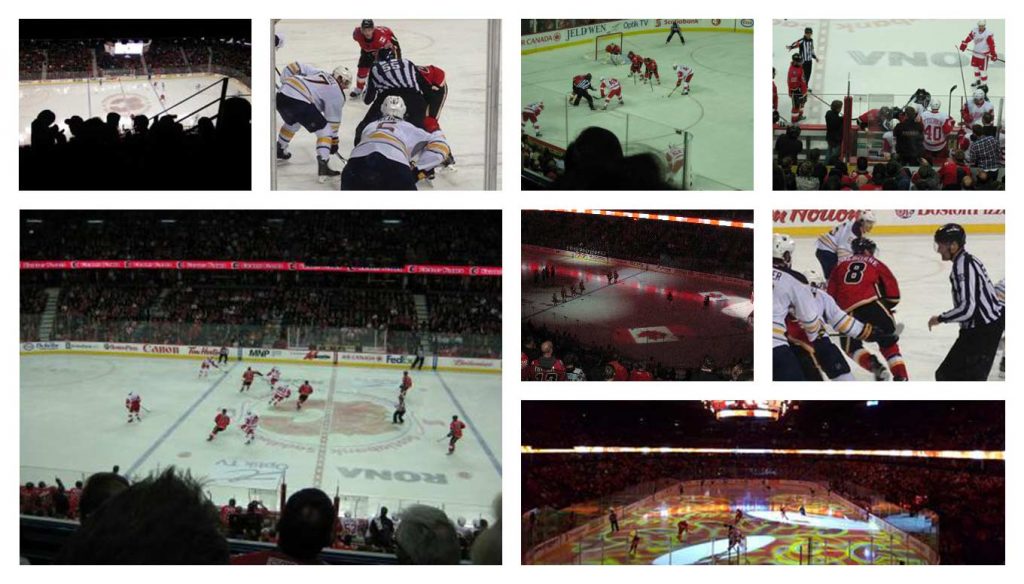 The Calgary Flames hold a special place in the hearts of fans in the Stampede City and beyond, a bright beacon that unites their love of hockey and the team.

With more than 35 years in Calgary under its belt, the Flames have brought plenty of success to fans at home and abroad.

Some of the team’s most notable achievements include a Stanley Cup, three conference championships, six divisional championships, and two Presidents’ Trophies.

The team also has the importance of its history enshrined in the Hockey Hall of Fame, with several former Flames earning membership in that prestigious organization.

The Scotiabank Saddledome has served as the team’s home ice since 1983. With a long and distinguished history of hosting the Flames and many other important events throughout the city, it’s no surprise fans love to flock to the arena.

Helping that affinity is the wide range of amenities offered inside the facility, including what the Saddledome calls the best acoustics of any sports arena in North America.

Beyond an environment primed for a passionate crowd, the Saddledome also offers restaurants like Dutton’s Lounge and the Saddleroom Grill, alongside classic quick-service arena fare like pizza, hot dogs, mac and cheese, and cheeseburgers, among other options.

Connections with a team that cares

The Flames have a special connection to their fans and the local community, one they regularly strengthen with a variety of charity and outreach efforts.

These initiatives all fall under the banner of the Calgary Flames Foundation, which makes sure every charitable event and program is in line with the Flames’ goals of supporting education, health, and wellness and amateur and grassroots sports.

Some of the team’s largest programs include Flames@School, a health, wellness, and educational initiative, the literacy effort Reading … Give It a Shot!, and yearly scholarship programs for students attending post-secondary schools throughout the Calgary area and in rural Alberta as well.

The team also values more casual connections with fans, maintaining an active presence on social networks such as Facebook, Twitter, Instagram, and Pinterest, just to name a few. The team also hosts an active discussion forum for fans to discuss news, recent games, and much more.

There are some Flames supporters who are well-known outside the Saddledome for their efforts in acting, politics, and other realms. One of the most recognizable boosters is a famous fictional one, MacGuyver, who regularly doned  Flames’ apparel.

Remarkable real-life fans include PGA golfer Graham DeLaet and retired professional wrestler and Calgary native Bret Hart is a Flames supporter. The latter being a season-ticket holder for the past several years.

Guess who is here tonight, cheering on the #Flames? @GrahamDeLaet! We caught up with him during the first intermission! #CGYvsARI pic.twitter.com/6FyB8NydCa

Superfans stoke the Flames of victory

Some supporters of the C of Red are known more for their devotion to the team than anything else.

That includes Brenda MacFarlane, a die-hard Flames fan who lives especially far away from Calgary on Cape Breton, Nova Scotia. MacFarlane’s 30-plus years of strong support for her team – despite never setting foot in Calgary or the Saddledome – set her cousin Kat Macaulay to work on making the dream trip a reality.

Macaulay reached out to the team, which worked with local businesses to give MacFarlane an unforgettable experience. According to the Calgary Sun, the trip included transportation, a new jersey, meet-and-greet with the team, and a dozen free tickets to a home game. Perhaps best of all, the trip coincided with MacFarlane’s birthday of February 14.

With a team especially in tune with its fans, its no wonder Flames supporters return the favor and regularly create a great atmosphere for hockey in Calgary.