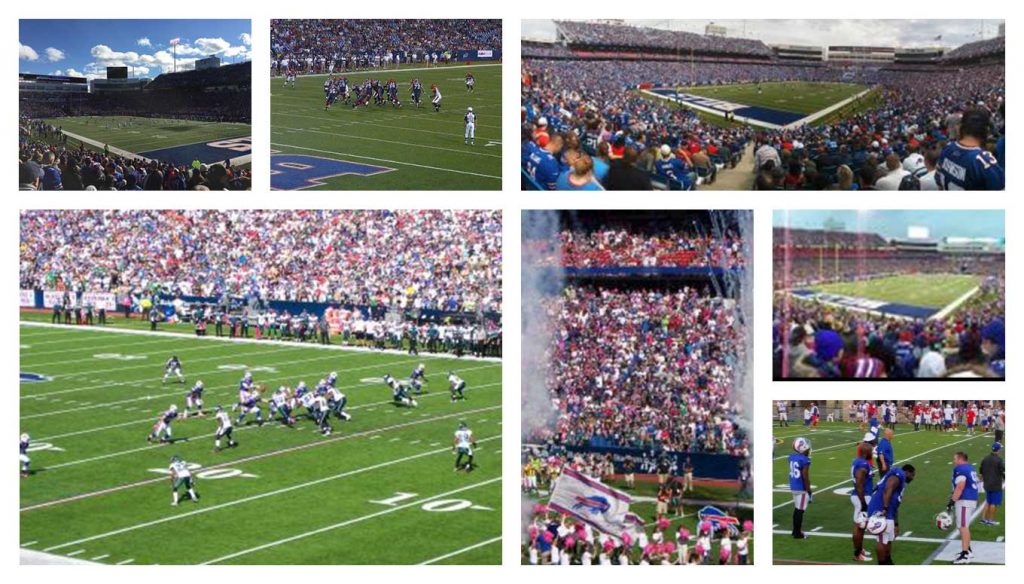 New York may have three football teams, but only one squad actually plays in the state: the Buffalo Bills. From New Era Field in upstate New York, which the team’s has called home since 1973, the Bills have dutifully represented NY for 60 full years. The team’s position is a point of pride, not only for the players and management but the millions of Bills fans. It’s more than just the love of a great state, though. The Bills and their many followers have created one of the most tight-knit and dedicated organizations in all of football.

No such thing as weather delays

There is absolutely no denying the passion of the Bills fans and their commitment to cheer their team on to victory. In November 2014, the dedication of hundreds of these folks was put on display. After winter storms left much of the area covered in several feet of snow, people from across Buffalo and upstate New York made their way to the Bills stadium to help shovel out and remove hundreds of pounds of snow. Decked out in as much as five layers of winter clothing, fans worked in shifts, motivated only by the promise of helping their beloved team get ready for the big game. Not everyone is even willing to shovel their own driveways, so these Bills fans deserved endless kudos.

Here’s a few Bills fans that might not only shovel snow, but entertain and delight millions of people across the world:

Dean Cain was even signed as a free agent with the Bills back in 1988, but a knee injury during Training Camp ended his career. Luckily for him, he still got to wear a red and blue uniform when he was cast as Superman in the 90s TV series Lois & Clark: The New Adventures of Superman.

New Era Field is a relatively new name for the Bills iconic home. The venue was originally called Rich Stadium and then Ralph Wilson Stadium. The latter moniker was especially popular, and fans have lovingly called the field “The Ralph” for years. With each change of the field’s name, fans immediately come up with a slew of nicknames for the stadium including “The Cap.” Some fans, meanwhile, simply like the sound of New Era Field, as it signals hope for the future and new additions to the Bills trophy room full of division and conference championships.

But no matter what fans call the field now and in the future, one thing is always clear: it’s home to a truly devoted group of folks who take every opportunity to wave the Bills flag.