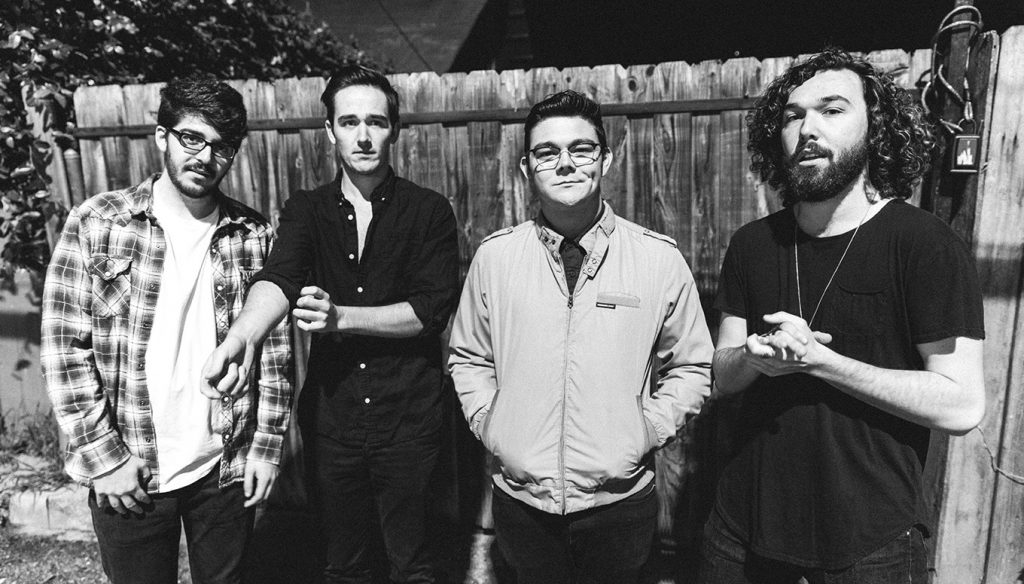 Hometown: Los Angeles, California
Latest Release: Their brand new single “Parachute” will be out Friday, October 27
If You Like: Walk the Moon, The 1975, Vampire Weekend
FYI: The fire department almost shut down their release party for their single “Little Insensitive” after they sold out The Study in Hollywood

For a young band that started as a “class project” at Loyola Marymount University, Los Angeles indie rock band Arms Akimbo sure have accomplished a lot since forming in 2015. They’ve already released an EP, several singles, shared stages with such artists Walk the Moon, Said the Whale and others, and their music just recently broke 1.5 million streams online.

Drummer Matthew Sutton explains the band’s humble origins, saying, “Chris (Kalil, who plays guitar) needed a band to record for his senior recording arts thesis and decided to work with Peter (Schrupp, vocalist) to record a handful of his songs.” The nascent band then brought in bassist Colin Boppell. “It is pretty crazy to think that a school assignment turned into all this.” Though the band spends a lot of time working on their music, their name was almost an afterthought. As Schrupp explains, “It was on a list of solo project names I had since before we had formed, adding, “It just means hands on your hips. It’s nothing serious.” The band has a slew of new releases planned for the future and are dropping their latest single, “Parachute,” this month. They hope to take their show on the road soon and venture outside their California home, citing Portland, Oregon as one of their favorite places to play on tour.

For now, though, the boys in Arms Akimbo are enjoying the simple pleasures of being a young rock band. While Schrupp says his favorite part of being a musician is, “the opportunity to run with the bands and artists we play with. We’ve made an absurd amount of friends I can call family because of this band,” Kalil says, “connecting with our fans is the most important thing for us. Having someone from across the globe tell you that they related to your music is an indescribable feeling.”

Matt Sutton still marvels at all the band has achieved in just two and a half years, saying, “The fact that our music has been streamed almost 2 million times is a crazy thing to think about.”

Check out all of our New Music Favorites for more exclusive songs and interviews!

See Arms Akimbo live, check out their tour dates and find a show near you.