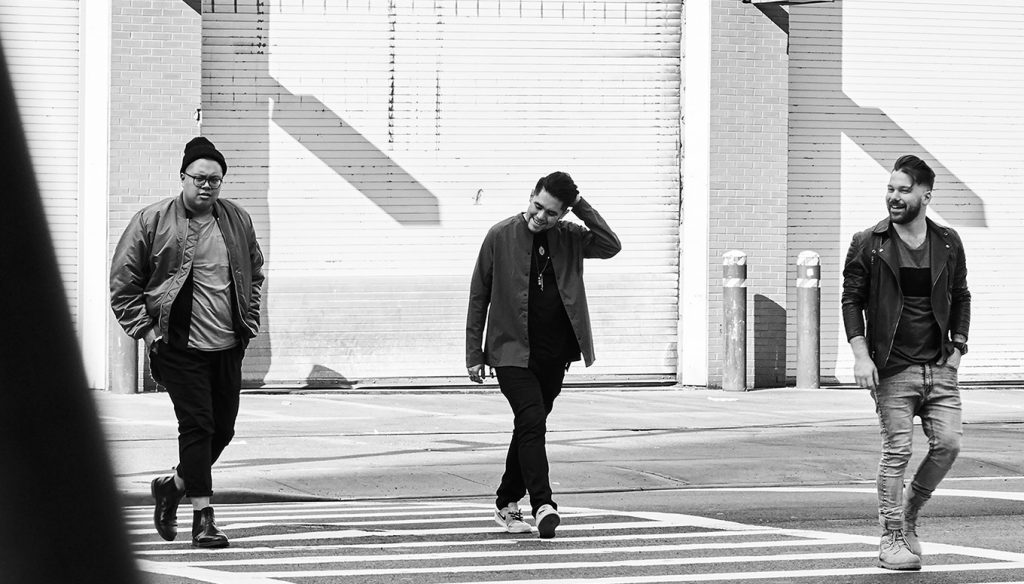 Hometown: New Jersey
Latest Release: Their debut album GALLERY is out now! Download their song “Electric Touch (Midnight Kids Remix)”
See Them Live: Opening up for COIN and Andrew McMahon this summer, and this fall on their first ever headlining tour!
If You Like: FRENSHIP, Imagine Dragons, LANY, X Ambassadors
FYI: It’s A R I Z O N A like the band, not the state.

Let’s get this out of the way first, no, the band A R I Z O N A are not from the sun bleached desert state, they’re actually from New Jersey, though they met while attending college. Not that any of that matters. What matters is they craft artful alternative electro pop that draws from many influences to create one cohesive whole.

There are the tender happy-sad melodies cribbed from Coldplay, the earthy yet electronic pulse of acts like LANY, the most soulful vocals this side of James Bay, and atmospheric effected guitar lines which echo the ghosts of ‘80s post-punk. Not every young band has their sound together so quickly out of the gate, but A R I Z O N A aren’t like every other band.

Band members Nate (guitar), David (keys) and Zach (vocals) came together during numerous dorm room sessions while attending Berklee College of Music and Emerson College. The three aspiring songwriters and producers shared offbeat musical tastes and a love of big pop melodies. After several years honing their skills, they stepped out as performers themselves, and thanks to a robust social media following, landed a recording contract with the storied Atlantic Records.

After a growing online buzz, A R I Z O N A released their debut album GALLERY just last week. That and a well-received appearance at this year’s Hang Out Fest has fans salivating for more. Fortunately for them, the band will be touring all summer long, opening for indie-pop bands COIN and Andrew McMahon in the Wilderness. Then, come the fall, the boys head out on their own headlining tour with a run of club dates. A R I Z O N A aren’t a band you want to miss out on the first time around, so make sure you catch them before they blast into the stratosphere. Keeping checking Ticketmaster Insider’s New Music Favorites for exclusive online content from the band.

See A R I Z O N A live, check out their tour dates and find a show near you.