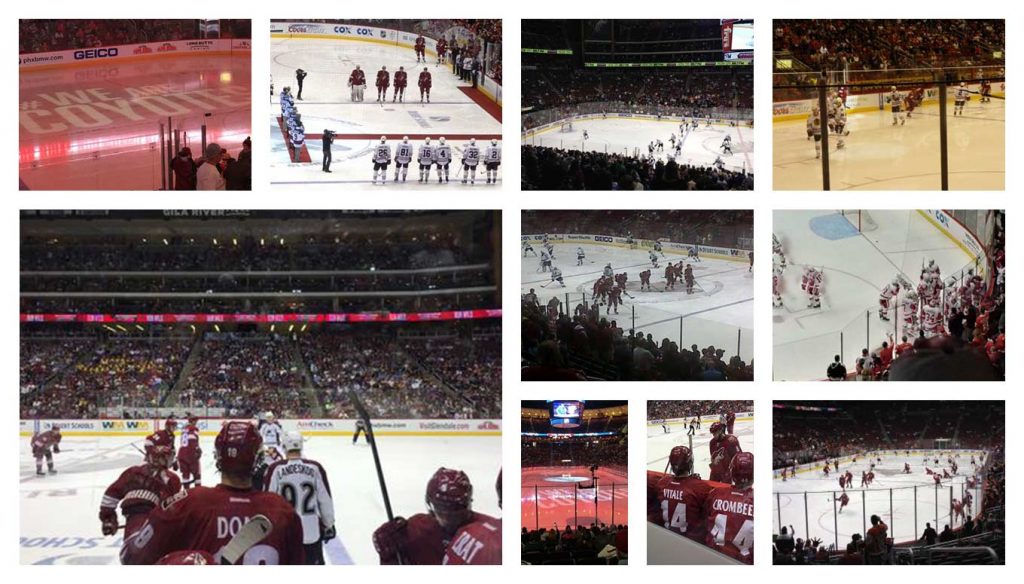 The Arizona Coyotes are celebrating their 20th year in the Valley of the Sun.

The franchise relocated to Phoenix in 1996 and was named the Phoenix Coyotes. In 2014, the franchise was renamed the Arizona Coyotes to include all of the Grand Canyon State.

On the ice, the Coyotes are led by the NHL’s longest serving captain Shane Doan, along with assistant captain Oliver Ekman-Larsson, forward max Domi and goaltender Mike Smith.

Last night, Shane Doan passed Steve Yzerman for the 5th-most games played with a single franchise in NHL history with 1,515 games. DOUBLE-TAP to congratulate the captain!

A visit to the Gila River Arena means fun, food for everyone

The Coyotes home ice at Gila River Arena in Glendale, Arizona, offers plenty of amenities for fans traveling from near and far to see their Coyotes play.

Built in 2003, the arena has a wide range of food options to keep fans fueled when cheering for the Coyotes. Dining and snack options include traditional items like popcorn, hot dogs, peanuts, and pizza, along with more diverse items like deli sandwiches, tamales, Italian grinders, and much more.

The official team store, the Coyotes Den, is also located in the arena, and offers a variety of Coyotes gear across 3,500 square feet of floor space – meaning every fan can find that special item to show their pack pride.

Keeping the pack together

The Coyotes love when fans bring passion to each home game, and they also recognize the importance of meaningful community involvement.

To that end, the team supports a number of initiatives, including a telethon that benefits Phoenix Children’s Hospital and features Coyotes alumni and celebrities from the area.

Current players contribute to local causes in many ways, too, including the Celebrity Waiters Gala, the team’s annual golf tournament, and a variety of other appearances as speakers and guests at events throughout the year.

The Coyotes make a concentrated effort to connect casually to fans as well with an app and social media involvement.