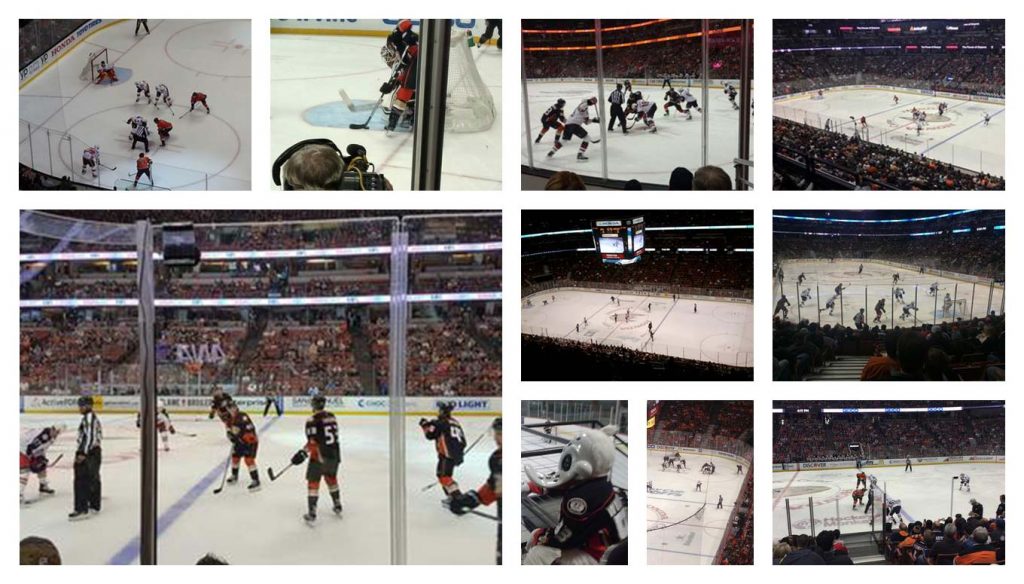 One of the NHL’s expansion teams of the ‘90s, the Anaheim Ducks have come up big throughout their time in the heart of Orange County. Fans have watched the Ducks tally up five division championships, two conference titles, and one Stanley Cup.

Moving from the team’s old Mighty Ducks name, logo and colors to the current black, gold, orange, silver, and white coincided with their Stanley Cup victory in 2007.

That season of big wins and serious changes played a major role in firmly establishing the Ducks’ new identity and gave fans an incredibly important moment to call their own.

Ducks making an impact in the community

Orange County gets a lot out of having the Ducks around, and that’s not only because fans have a great team to call their own. Charitable efforts by the franchise are substantial and organized by the Anaheim Ducks Foundation.

It supports positive change for families and children through programs like S.C.O.R.E., which gives kids the chance to learn about the need for healthy living habits and dedication at school.

So far, it’s helped more than 250,000 students throughout Orange County and beyond. Top Flight Street Hockey is another major initiative, a unique league created for fans with special needs to learn and grow with the great sport of hockey.

The Ducks launched the Anaheim Ducks High School Hockey League on July 1, 2008 with JSerra Catholic High School (San Juan Capistrano) as its charter member, and in a short time the league has grown to 48 teams.

Home ice at the Honda Center

Honda Center and the Ducks go way back, and it’s the only place the team has ever called home.

Fans fill the building for every Ducks home game,, and they create an exciting home-ice advantage with everything from loud chants and cheers to creative body paint.

One of the arena’s most impressive features is the Shock Top Terrace, which offers fans with membership a 15,000-square-foot space for relaxation, including a restaurant where they can enjoy eating outdoors without leaving Honda Center.

In an effort to help Ducks fans immerse themselves in the game, there are more than 500 high-definition monitors throughout the arena.

A state-of-the-art scoreboard was installed in 2015, with screens that measure nearly 20 feet tall and more than 30 feet wide, and feature the clearest and highest definition picture available in any North American venue.

Fans get an even sharper view of favorite players like Ryan Getzlaf and Corey Perry, the team’s leaders and two longest-tenured Ducks.

Celebrities and superfans cheer on the Ducks

As far as superfans, the Anaheim Ducks Die Hards are an organized booster group of dedicated supporters. Membership is open to Ducks fans, who have the opportunity to contribute to the Die Hards’ nonprofit and volunteer obligations.

A recent effort by the Die Hards at the Children’s Hospital of Orange County’s CHOCWalk fundraiser saw the Ducks’ most dedicated fans raise more than $5,000.

Flying with the team on social media

Staying connected to the Ducks is a must for dedicated fans. That’s why the Ducks’ accounts on social networks like Facebook and Twitter, as well as their mobile app, are so valuable.

Following the team’s social accounts pays off during the annual Social Media Night, an event that highlights the team’s various social media platforms and features a number of pregame and in-game features, including contests, seat upgrades and more.

The Ducks’ success is impressive to say the least. Dedication and support from of their fans is what drives the team forward.