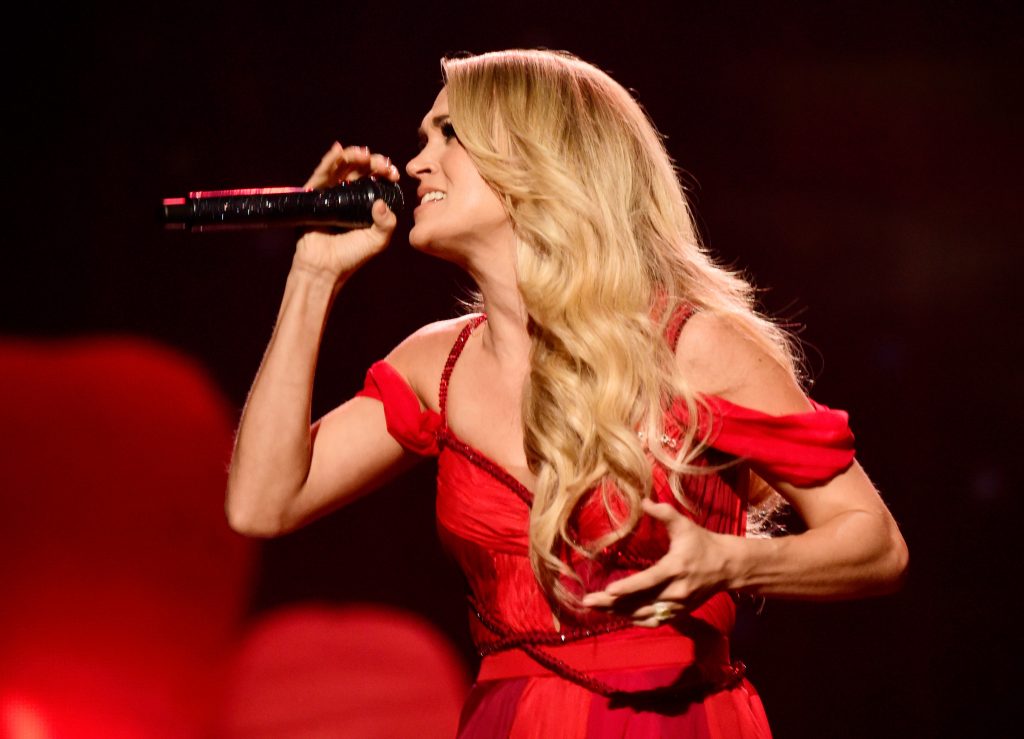 Now that this year’s American Music Awards nominees have been announced, excitement for the upcoming show, which takes place on November 20th, is at an all-time high. The night will no doubt be packed with head-turning fashion and unforgettable live performances. It’s a great time to be a music lover.

While we wait for the big day to arrive, we took a look back at the best AMAs outfits and fashion from some of this year’s nominees — many AMAs stars are currently on tour. From Rihanna’s epic sparkly choker situation to Arianna Grande’s show-stopping red gown, get pumped for the show with these top looks of AMAs past.

Kelsea Ballerini is having one heck of a year. Not only is the “Peter Pan” singer nominated for favorite female country artist, she’s also embarking on her first headlining tour this fall aptly titled The First Time Tour. Last year she showed up dressed to the nines—in a beautiful Michael Costello jumpsuit and swept back hair—and we expect her AMAs fashion statement this year to be no different.

Great night at the #AMAs. Love y'all.

This country superstar looked good at the 2015 AMAs. His simple black-and-white look was effortless and cool without trying too hard. This year, he’s nominated for favorite male country artist and for favorite country album for “Kill the Lights.”

#Happy23rdBirthdaySelena! ? Which @selenagomez #AMAs look is your favorite?!

From dreamy champagne-colored dresses to hip-hugging black gowns, Selena Gomez always kills it on the red carpet and on stage time after time. The singer is nominated for favorite female pop artist as well as artist of the year. We’re rooting for you, Selena!

LEANING ON OUR DUDES @skrillex AND @diplo

Joe Jonas’ look at the 2015 AMAs was totally groovy. Check out his colorful shirt, burgundy jacket, and bright blue mane. His DNCE band members were also rocking the burgundy hue. This year, they are nominated for favorite pop group as well as new artist of the year.

This sassy girl group received a nom for collaboration of the year for their song “Work From Home” with Ty Dolla $ign. We love how most of the ladies are dressed in black dresses in different styles and bring it all together with a bold pop of red. We can’t wait to see what they wear this year.

I can't look this good without these amazing humans. Feeling so thankful for you all today. Here's a few of the people who styled me. THANK YOU @michaelcostello @maya_krispin and @amyserrano for creating this beautiful dress for me. My make up was done by the very talented @acommonfemalecitizen and my hair was styled by the amazing @lorienmeillon ..and of course, nails by @_michellesaunders without you kind people I would feel so alone on big days like these. Can't do it without you. Thank you ❤️?

Meghan Trainor graced the AMAs red carpet last year in a body-hugging black gown paired with effortless waves and a bright red lip. Fans are crossing their fingers that she takes the award home for favorite adult contemporary artist or collaboration of the year for her song “Like I’m Gonna Lose You” with John Legend.

Who can forget the 2013 AMAs when Rihanna was honored with the first AMA Icon Award. She definitely shined bright like a diamond that night dressed in a structured black dress with a plunging neckline accessorized with a thick shiny choker. This year she has three nominations under her belt including artist of the year and collaboration of the year and video of the year for her chart-topping hit “Work.”

@ArianaGrande was *so nervous* winning New Artist of the Year at the #AMAs in 2013! ♡ #TBT

Arianna Grande is also up for artist of the year, which proves she sky-rocketed to the top in record speed. The singer won the new artist of the year award just three years ago—rocking a sparkly red dress and her signature ponytail, no less.

The artist of the year category is going to be a tough one to beat this year. Country music star Carrie Underwood is also nominated. She also received a nom for favorite female country artist and favorite country album for “Storyteller.” Pitch-perfect vocals aren’t the only thing she slays. Here she is donning an ethereal red dress on the AMAs stage in 2015.

Vote for this year’s AMAs and tune in to see who wins on Sunday, November 20th on ABC. Don’t miss these 2016 AMAs nominees on tour.

What to Wear to the Kentucky Derby: 33 Head to Toe Fashion Tips

The most exciting two minutes in sports, aka the Kentucky Derby, is coming up fast. It’s never too early to start prepping your outfit. Lucky for you, below ...

What to Wear: 31 Concert Fashion Trends for All Seasons

For us fans, one of the most stressful parts of attending a concert is figuring out what to wear. That’s why we put together this guide to help you dec...

This Sunday, February 5th is the day football fans from all over have been waiting for all season long: the Super Bowl LI. We can expect a good game between ...