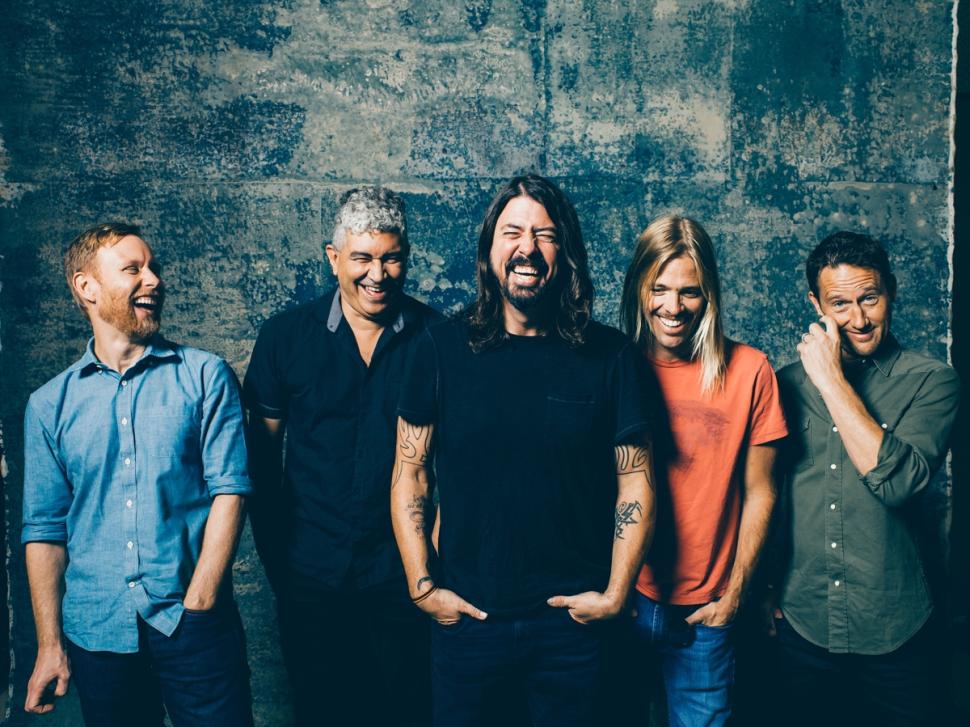 As one of the most enduring bands to emerge from the ’90s alt rock explosion, The Foo Fighters hold a unique position in the pantheon of great American rock bands. Following Kurt Cobain’s death and Nirvana’s dissolution in 1994, Dave Grohl picked up the pieces and reemerged with The Foo Fighters, pioneering a post-grunge sound that combined stripped-down rock with brilliant melodic sensibility. Since then the band has enjoyed two decades of success, releasing eight albums and selling more than 11 million records in the US alone.

For their latest album, 2014’s Sonic Highways, the Foo Fighters traveled to eight different American cities and recorded a song in each, and the result was a wildly diverse collection of tracks that drew inspiration from each specific location. In support of the release, the band announced that they’d be hitting the road in 2015 for the Sonic Highways Tour, which goes on sale Friday, Dec. 5 at 10am local time.

In honor of the good news, we’ve put together a Foo Fighters music video playlist highlighting the band’s most iconic on-screen moments. Check out the playlist below to see the band in action, and don’t forget to pick up your Foo Fighters tickets.

1. Foo Fighers – I’ll Stick Around // Arguably the track that started it all, this was the second single from the band’s self-titled debut album and the first Foo Fighters song to get the video treatment. Plenty of “live” performance shots, rudimentary special effects and, and kaleidoscopic color filters make this early hit a ’90s video classic.

2. Foo Fighters – Everlong // The surreal video that accompanied this tune from the band’s second album The Colour and the Shape was a landmark moment when it hit MTV in 1997 — the clip was directed by revered director Michel Gondry (Eternal Sunshine of the Spotless Mind) and received a nomination for video of the year.

4. Foo Fighters – All My Life // For this high-octane track from their fourth album One by One, the band broke from the comedic nature of their previous videos in favor of a live performance-style treatment that offered a glimpse into their adrenaline-fueled concerts.

5. Foo Fighters – Times Like These // The band pays homage to ’70s psychedelia on this 2002 fan favorite with arena-sized guitar riffs and a music video laced with trippy visual effects.


6. Foo Fighters – Best of You // This confessional track off the band’s fifth album In Your Honor was complemented by an intense video exploring the anguish of Grohl’s emotional lyrics.

7. Foo Fighters – The Pretender // This Grammy-nominated song is one of the band’s biggest chart hits to date, and it’s got an appropriately outsized music video to match.

8. Foo Fighters – Rope // The angular chords and complex rhythms of this No. 1 hit are perfectly contrasted by an unadorned video of the band performing in a sleek white cube.

9. Foo Fighters – Walk // The Fighters returned to the humor of their early videos to create the hilarious, offbeat clip for this classic from their seventh album, 2011’s Wasting Light.

10. Foo Fighters – Something From Nothing // The band spiced up the lyric video for the lead single from 2014’s Sonic Highways with some raw performance footage — the perfect way to get pumped up for their upcoming tour dates.

Check out a full list of the Foo Fighter’s 2015 Sonic Highways Tour dates here, and pickup your tickets.