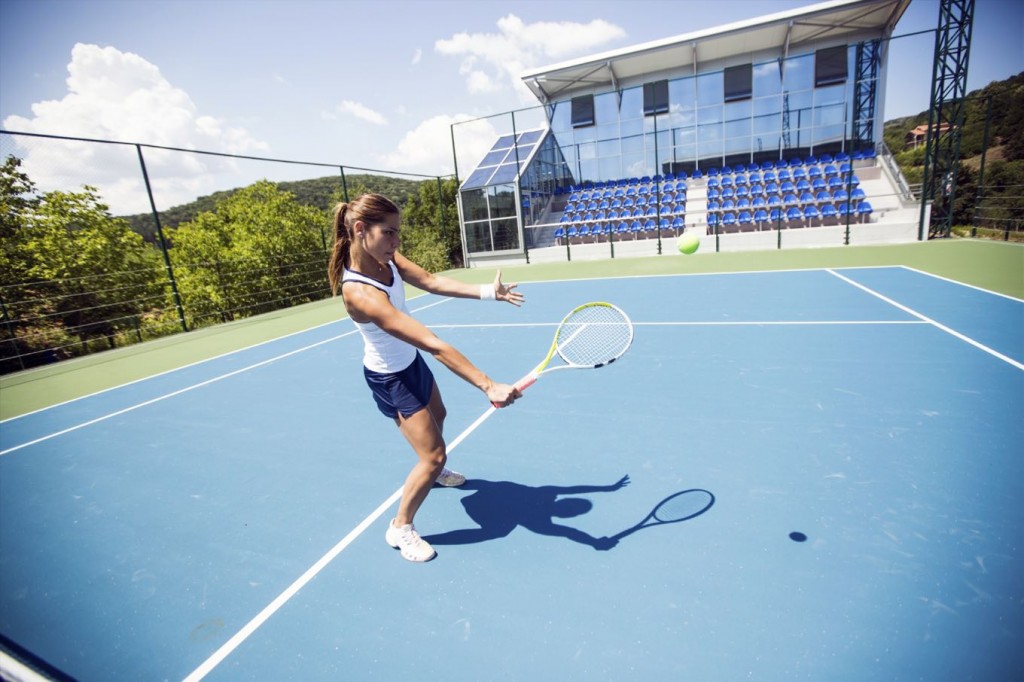 Tennis is a year-round sport, and there are great events happening throughout the world at any given time. Whether you’re heading to the Big Apple for the 2019 US Open, or making plans to check out a smaller tournament, it’s good to brush up on the basics of the game.

For those of you who are new to the sport – or just a bit rusty on your tennis knowledge – we’ve got the court covered for you. Check out our handy fans’ guide below and ace your next tennis experience.

Tennis originated in England in the late 19th century as “lawn tennis” – a nod to its roots as a field game played on grass like croquet. The sport quickly grew in popularity, spreading throughout the world and leading to the establishment of many tournaments that exist to this day.

As a mixed gender sport that can be played as singles or doubles, tennis’s inclusivity has led to millions of recreational players as well as a robust international professional tennis circuit. In 1896 tennis became an Olympic event, and it has been a popular worldwide spectator sport ever since.

Shots
Players hit the ball using a variety of shots. Some advanced shots include the drop shot, volley and lob (we can’t move on without also mentioning Roger Federer’s epic between-the-leg lob shot).

However, a few of the most common tennis shots are:

Tennis is played on a variety of surfaces, each of which has unique qualities that affect play.

Grass
The hard-packed soil of grass courts results in the fastest paced balls in the game. Bounces are erratic due to unevenness in terrain and variables like wear and tear and mowing frequency. Wimbledon in England is the biggest grass court tournament of the year. 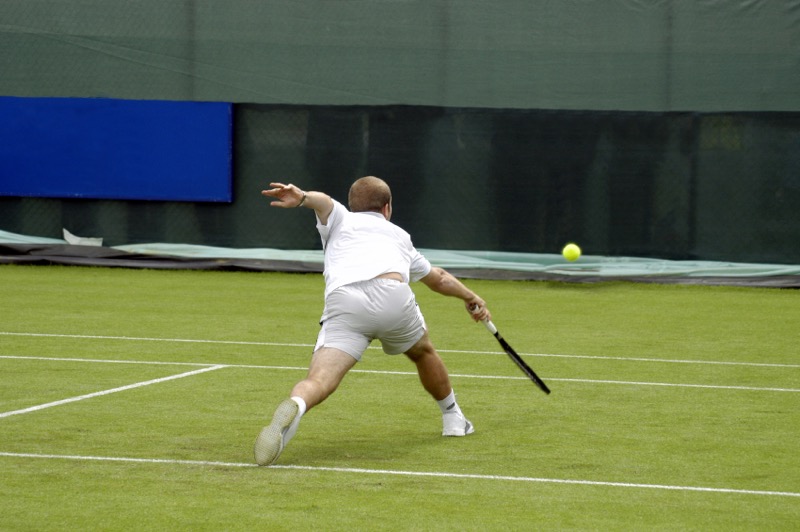 Clay
Clay courts are made from crushed shale, stone, or brick and have a slower paced ball with a high bounce. The slippery nature of the surface adds an extra variable to clay-court play. The French Open in Paris is the biggest clay court tournament of the year. 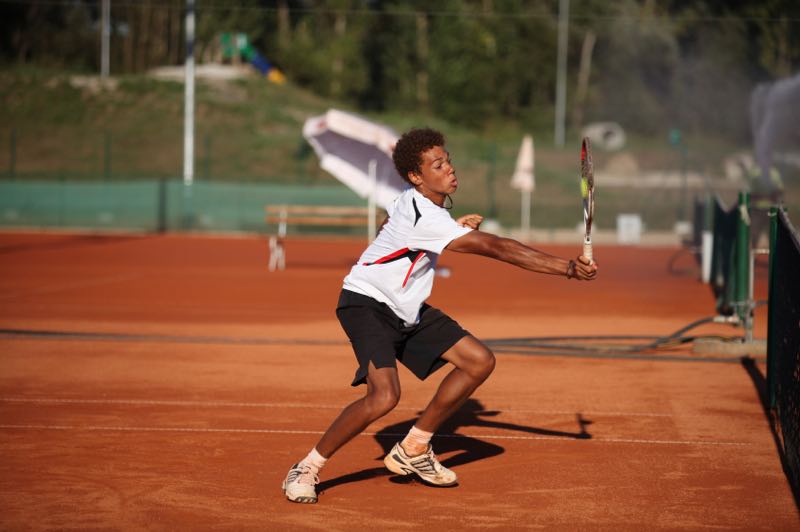 Hard
Hard courts have a faster bounce than clay but a slower bounce than grass. The uniformity of the surface gives hard courts a greater degree of bounce consistency than other types of courts. The Australian Open in Melbourne and The US Open in New York City are the biggest hard court tournaments of the year. 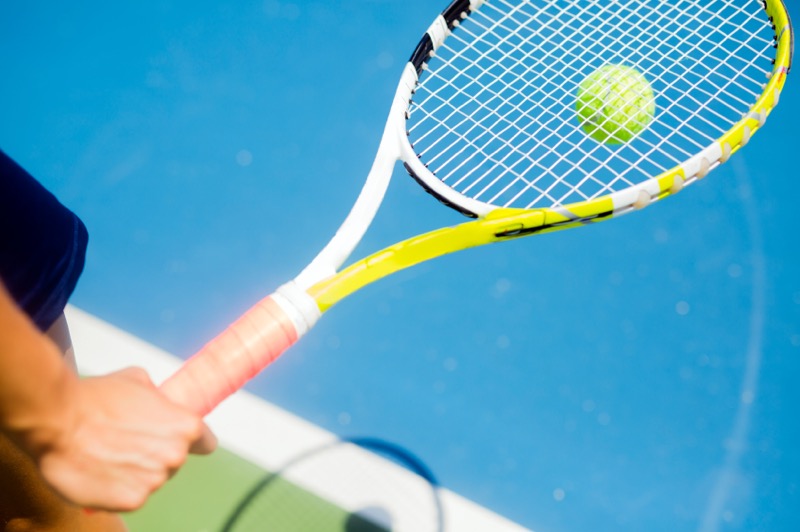 Now that you’ve brushed up on your tennis game, we’ll see you courtside.