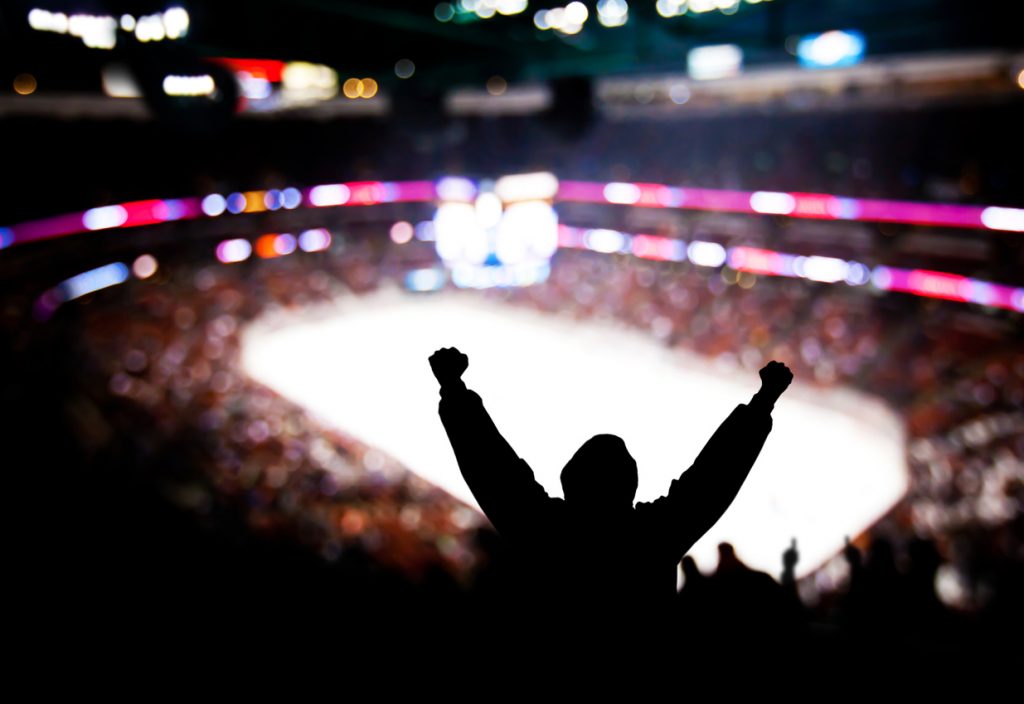 The National Hockey LeagueⓇ has some of the most passionate fans in all of sports. All the teams in the NHLⓇ have very loyal fans, but when a genuine following takes hold, the connection becomes something really special. Here are some of the franchises whose fans take their love of their teams beyond fandom and into a way of being.

The Red Wings’ fandom has carried over well from the old Joe Louis Arena to finally Little Caesars Arena, which opened in 2017. A key part of the Red Wings fan experience is the ritual tossing of the octopus during the Playoffs, which dates back to the early 1950s and came back with a vengeance during Detroit’s run of success in the 1990s and 2000s. Even fans averse to tossing invertebrates onto the ice love this team; the Red Wings ranked fourth in the NHLⓇ in average attendance during the 2017-18 regular season.

The Chicago Blackhawks led the NHL® in attendance for the 2017-18 season, but the Windy City’s love affair with the Blackhawks has been going strong since the team’s days as one of the league’s Original Six™. After Stanley Cup® Championship droughts of 23 and 49 years, this past decade has been the Blackhawks’ longest period of sustained success since the 1930s, with championships coming in 2010, 2013, and 2015. The Chicago faithful have been with the Blackhawks through thick and thin, and are finally reaping the rewards of their loyalty.

The Rangers have the honor of playing in Madison Square Garden, the most iconic arena in America. MSG is a huge draw for New York City natives and tourists alike, guaranteeing that Rangers home games are intense affairs and making them “must see” for anyone in the area. But it’s not just the arena — the Rangers are a big draw away from New York, too. They saw the second highest road attendance during the 2017-18 season, proving that fans show up in droves to see the Rangers no matter where they play.

Music City was an interesting contender for becoming a hockey town when the NHLⓇ expanded in 1998. In two short decades, however, the Nashville Predators and their fans have proven to be among the league’s best, building on recent success while forging their own identity. “Smashville” is not just a slogan but a way of life for Predators fans, who have answered a certain Detroit tradition by flinging catfish onto the ice, to the point where Bridgestone Arena now has a catfish tank of its own.

It would be a major mistake to leave out any of the seven teams that claim the birthplace of hockey as home. The Toronto Maple Leafs and Montreal Canadiens divided and conquered Canada from the 1920s to the 1970s, before expansion gave the rest of the nation teams they could call their own. The NHLⓇ’s presence in Canada suffered during the 1990s as the Quebec Nordiques and original Winnipeg Jets relocated, but has rebounded with a new Jets franchise and several teams threatening to bring the Cup back to its original homeland for the first time since 1993.

Add your voice to the passionate chants of NHL® superfans across the league. Purchase tickets for a game near you here or in the widget below.