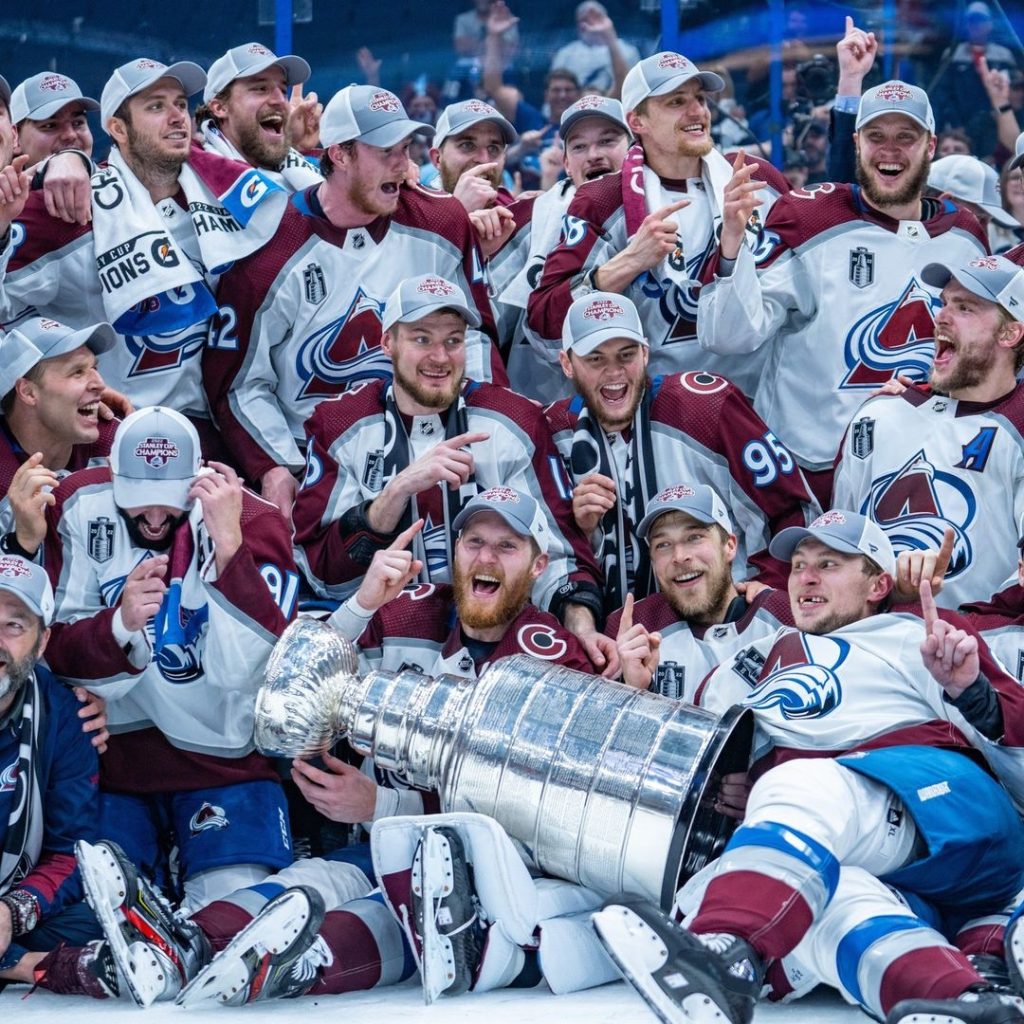 A best-of-seven series determines the winner of the NHL® Stanley Cup® Championship. Below is a list of the previous 10 winners of the Stanley Cup® Finals and highlights from past games over the previous decade. If you want to walk down memory lane, Ticketmaster has got you covered.

The Colorado Avalanche® defeated the Tampa Bay Lightning® 4–2 to overthrow the reigning champs to become the 2022 Stanley Cup® Champions. The Avalanche became champions on June 26, 2022, at Amalie Arena in Tampa, Florida. This was the Avalanche’s third Stanley Cup® Finals appearance and first championship since 2001. This series featured two overtime games with Colorado winning both— 4–3 in Game 1 and 3–2 in Game 4.

The Tampa Bay Lightning® won their second consecutive Stanley Cup® Championship after defeating the Montreal Canadiens® 4–1 on July 7, 2021, at the Bell Centre in Montreal, Canada. Game 5 of the series showed an impressive shutout by Tampa’s goalie, Andrei Vasilevskiy, with Tampa winning the game 1–0. This was the only shutout by either team during this series.

The Tampa Bay Lightning® became Stanley Cup® Champions when they defeated the Dallas Stars 4–2 on September 28, 2020, at Rogers Place in Edmonton, Canada. Due to the COVID-19 pandemic, the playoff format for this edition of the Stanley Cup® Playoffs was changed to a 24-team playoff that was held in two neutral cities of Toronto and Edmonton. Tampa Bay won Game 4 in overtime with a goal by Kevin Shattenkirk to go up in the series 3–1. Tampa Bay’s Andrei Vasilevskiy then recorded a shutout in Game 6 to secure a championship for the Lightning.

The St. Louis Blues® won the 2019 Stanley Cup® Championship when they defeated the Boston Bruins® 4–3 on June 12, 2019, at TD Garden in Boston, Massachusetts. This was the first championship for the Blues in the team’s history. The series was highlighted by an overtime goal made by the Blues’ Carl Gunnarsson to give St. Louis a 3–2 victory in Game 2, tying the series 1–1.

The Washington Capitals® defeated the Vegas Golden Knights™ 4–1 to become Stanley Cup® Champions on June 7, 2018, at T-Mobile Arena in Paradise, Nevada. This was the first championship season for the Washington Capitals®. The series was dominated by NHL® superstar Alexander Ovechkin of the Capitals, who scored 15 goals in the playoffs and three in the final series. Ovechkin won the Conn Smythe Trophy, which is awarded to the most valuable player during the NHL® Stanley Cup® Playoffs.

The Pittsburgh Penguins® won the Stanley Cup® Championship after they defeated the Nashville Predators® 4–2 on June 11, 2017, at Bridgestone Arena in Nashville, Tennessee. This marked the second consecutive championship for the Penguins. This series was highlighted by Penguins goalie, Matt Murray, who recorded back-to-back shutouts, stopping 24 shots in Game 5 and 27 shots in Game 6, making this Murray’s second Stanley Cup® Championship even though he was still technically a rookie.

The Pittsburgh Penguins defeated the San Jose Sharks 4–2 on June 12, 2016, at the SAP Center in San Jose, California, to become the 2016 Stanley Cup® Champions. This series was highlighted by the Penguins’ Conor Sheary scoring an overtime goal in Game 2 to put the Penguins up 2–0 in the series. The Sharks’ player, Joonas Donskoi, also scored a game-winning goal in overtime in Game 3 to give San Jose a chance at the title. Sidney Crosby of the Penguins was awarded the Conn Smythe Trophy for most valuable player during the NHL® Stanley Cup® Playoffs.

The Chicago Blackhawks® won their third NHL® Stanley Cup® Championship in six years after beating the Tampa Bay Lightning® 4–2 on June 15, 2015, at United Center in Chicago, Illinois. Patrick Kane of Chicago and Tyler Johnson of the Tampa Bay both amassed 23 points to tie in total points scored in this Stanley Cup® Playoffs. Corey Crawford of the Blackhawks recorded a legendary shutout in Game 6 to secure the championship for Chicago.

The Los Angeles Kings® defeated the New York Rangers® 4–1 to win the Stanley Cup® Championship on June 13, 2014, at STAPLES Center (now Crypto.com Arena) in Los Angeles, California. A goal by the Kings’ Alec Martinez in double overtime secured a 3–2 Game 5 victory, securing the title for the Kings. This was the second championship for the Kings and their first since 2012.

The Chicago Blackhawks® won the 2013 Stanley Cup® Championship after defeating the Boston Bruins® 4–2 on June 24, 2013, at TD Garden in Boston, Massachusetts. This was the Blackhawks’ second championship in four years, having previously won in 2010. Boston’s goalie, Tuukka Rask, secured a shutout for the Bruins in Game 3 to give the Bruins a 2–1 series lead. A clutch overtime goal by the Blackhawks’ Brent Seabrook in Game 4 tied the series 2–2.

NHL, the NHL Shield and the Stanley Cup are registered trademarks of the National Hockey League. NHL and NHL team marks are the property of the NHL and its teams. © NHL 2022. All Rights Reserved.