Things to Do in New Orleans During College Football Championship Weekend 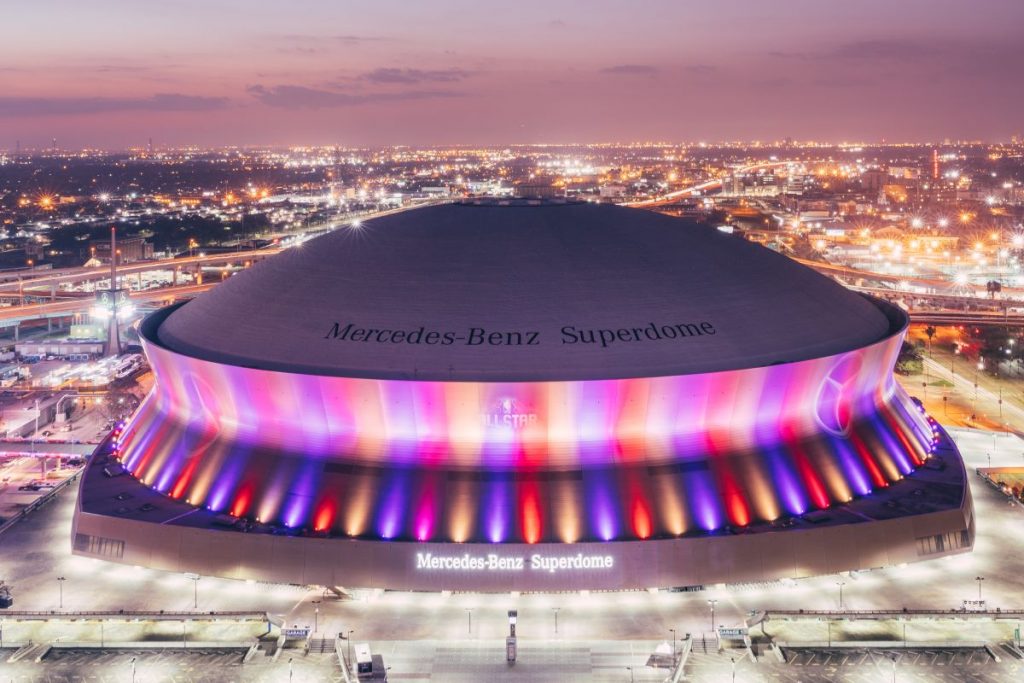 On January 13, the sports world will converge on the Mercedes-Benz Superdome in New Orleans for the 2020 College Football Playoff National Championship Game. The winners of the Chick-fil-A Peach Bowl and the PlayStation Fiesta Bowl will face each other to determine the best team in college football. While everyone awaits the big game on Monday, there are countless things to do throughout the weekend for fans of all ages in New Orleans, from game-related events to all the attractions that bring people to the Big Easy anytime of the year.

Party for a Good Cause

Food + Football = Fun! Join us for a one-of-a-kind culinary experience on the eve of the CFP National Championship and as a bonus, support the CFP Foundation at the same time. #ChampTaste #CFBPlayoff #CFPExtraYard

What could possibly be better than having a good time in New Orleans while also doing some good for other people? The College Football Playoff Foundation and their Extra Yard for Teachers initiative are hosting several events for both teachers and the general public, including the Extra Yard for Teachers Summit on January 11 at the Fillmore New Orleans, the Eckrich Taste of the Championship Presented by Thrillist on January 12 and the Extra Yard 5K, also on January 12. All three events will support resource-strapped teachers nationwide.

Hang Out at Playoff Fan Central

We're proud to be named a #BestPlaceToWork by New Orleans @city_business! If you want to work with us, visit MCCNO.com/Careers!

The Xavier University of Louisiana Convocation Center will host the participating teams, media and fans on Saturday, January 11, as part of a unique media day experience. Fans will get to sit and listen in as more than 1,000 credentialed media members pose questions to the players and coaches. The Fiesta Bowl champions will appear between 8:30 and 9:30 AM CST; the Peach Bowl champions will go on between 10 and 11 CST.

Rock Into the Evening

The AT&T Playoff Playlist Live! features two nights’ worth of great music, with free concerts at Woldenberg Park in the run-up to the championship. Two-time GRAMMY®️ award-winner H.E.R., hip-hop legend Nas and MAX will perform on Saturday, January 11, while Meghan Trainor, Bastille and Trombone Shorty & Orleans Avenue will take the stage on Sunday, January 12.

The Allstate Championship Tailgate Plaza is your fan headquarters for partying before the game. Located at the Jax Brewery Lot, Tailgate Plaza features ziplines and barbecue, and will also serve as ESPN’s base for the duration of CFP Championship weekend. Nearby Woldenberg Park will become part of Tailgate Plaza on Monday, January 13, with a kickoff celebration featuring performances by country music legend Tim McGraw and Judah & the Lion.

Stunning cemeteries. Tropical colors. Iconic landmarks, wrought-iron balconies, and intimate courtyards. New Orleans owes so much of its one-of-a-kind character to its Hispanic heritage. ⁠⠀ -⁠⠀ Celebrate #HispanicHeritageMonth and discover the treasured ties and diverse traditions of Hispanic culture in New Orleans. Follow our link in bio for our Hispanic Heritage Month guide to NOLA!

From Bourbon Street to the Cafe Du Monde, New Orleans has plenty to offer any day of the year. Though the city won’t be celebrating Mardi Gras until February 25, visitors craving an early taste of the annual bacchanal won’t be disappointed by a visit to some of the finer establishments in the French Quarter. Other noted landmarks include Jackson Square, the Audubon Zoo, the Audubon Aquarium of the Americas and the National WWII Museum.