Things To Do in Las Vegas for a Bachelor Party 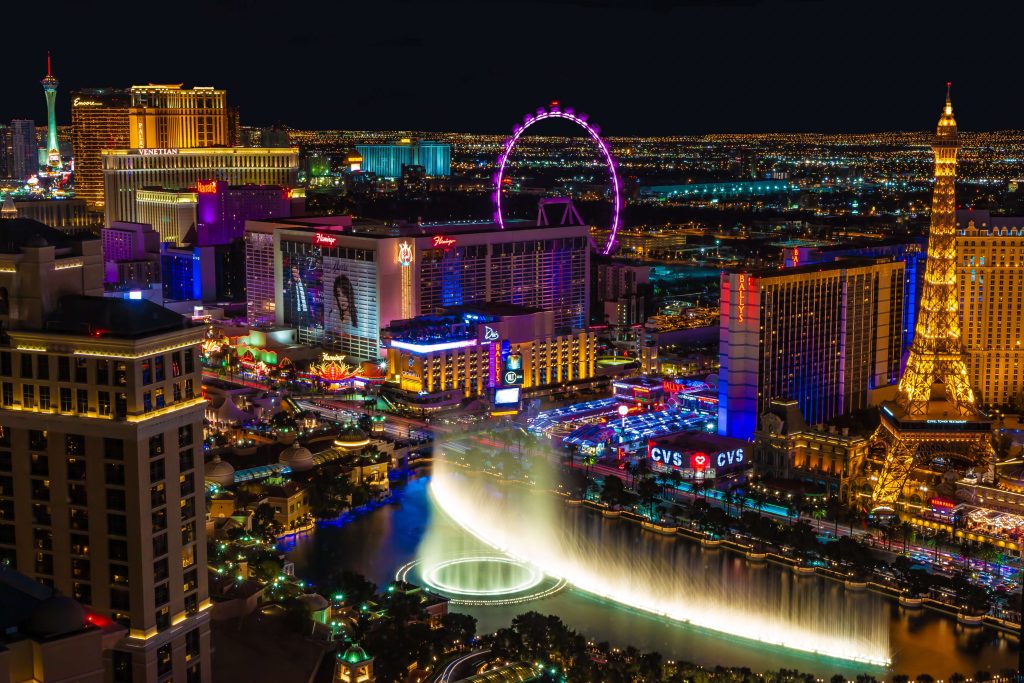 If you or someone in your inner circle recently got engaged, congratulations! Getting married is a hallmark event in any person’s life, and should be celebrated as such. For the groom and his crew, nothing quite says a good time like hosting the bachelor party in Las Vegas. Sin City has an array of events and activities to satisfy everyone’s craving. Beyond the gambling and parties, there is also a vast selection of shows and attractions to attend. As your group looks to plan an itinerary and check out things to do in Vegas for a bachelor party, consider these ideas.

Music. Comedy. DJs. Extreme sports and thrilling performances. Las Vegas has a diverse lineup of shows at both indoor and outdoor venues. Best practices are to cross reference an events calendar with the group’s corresponding dates; below are shows offered year-round.

If you are looking for an awe-inspiring spectacle, then look no further than Cirque du Soleil, the Canada-based organization known for high-quality artistic entertainment enjoyed by more than 180 million people since the group’s start in 1984. With high flying acrobatics and immersive experiences, Clique du Soleil ticket options offer various experiences at half a dozen venues ranging from The Beatles’ “LOVE” at The Mirage Hotel to “O” at the Bellagio. Another mainstay in Las Vegas is the Blue Man Group performing weekly at the Luxor Hotel and Casino.

If Cirque’s spectacle is something that lures you in, then the incomprehensible illusions by legendary superstar magician Criss Angel might also be something to check out. His performance includes mind-bending illusions, hair-singing pyrotechnics, and more. Dubbed “the #1 magic show of all time,” by the Las Vegas Sun, the “MINDFREAK” performance plays five times a week at Planet Hollywood.

While less extreme than Criss Angel, Penn & Teller also offer a phenomenal spectacle, taking audience members behind the scenes of how magic is really done. The complementary duo perform classic ball tricks, card moves and transparent cups with a comedic flair. The imposing Penn and silent Teller perform every night at their designated theater at the Rio Hotel and Casino.

A post shared by House of Blues Las Vegas (@hoblasvegas)

Las Vegas is arguably one of the best cities in the country for A-list live music. Not only are there resident headliners year-round like Shania Twain and Katy Perry, there’s also resident DJs performing at rooftop pool parties, not to mention nearly every top-tier artist stops by on their tours. Additionally, there is at least one concert hall or venue in every hotel and casino on the strip, like the House of Blues in Mandalay Bay or the Garden Arena in the MGM Grand. Check the Las Vegas concert schedule for your travel dates and book your show today.

If you’re looking for things to do in Las Vegas for a bachelor party, Sin City has acquired professional sports franchises in both the NHL® and the NFL. The Vegas Golden Knights™ hockey team is an expansion franchise founded in 2017. They play in T-Mobile Arena in downtown Las Vegas and are one of the few expansion franchises across American professional sports to have success in their inaugural season, qualifying for the playoffs for the first four years of their existence, including making it all the way to the 2018 Stanley Cup Finals en route to their Western Conference championship.

The Las Vegas Raiders relocated from Oakland to downtown Las Vegas in 2020 after announcing their plans to make the move three years earlier. The Raiders play at Allegiant Stadium, a premier football stadium that also hosts the UNLV Rebels college team and the host of Super Bowl LVIII in 2024. Catch a Raiders game for your bachelor weekend in Vegas against one of their division rivals like the Los Angeles Chargers or Kansas City Chiefs.

If you want to take a day away from all the commotion during your Vegas bachelor party, then consider seeing some of the sites. You can start your day seeing some of the signature spots on the Las Vegas Strip like the High Roller Wheel at The LINQ, the canals at the Venetian or the Fountains at the Bellagio. Then you can pop over to Fremont Street, the original strip of Las Vegas, and a spot locals love. Finally, you can take in glorious views of nature at Red Rock Canyon National Conservation Area. Red Rocks has some of the best hiking, camping, climbing, backpacking, and sightseeing in the entire United States. But if you plan to stay overnight, make sure you pack appropriately. The swings in temperature in such a dry, arid climate can leave unprepared campers in a dangerous situation. Make sure you plan accordingly with your schedule.

Las Vegas has an abundance of things to do and sites to see for the whole group. Sure, there are conventional things your bachelor party can do like drink and gamble, but if you’re itching for something more to do or something outside the box, consider our recommendations above. The best bachelor parties usually have a balance of things to do, which is why Vegas is such a staple. There is always something to do 24 hours a day, both in the city and in surrounding areas. So poll your group, get out your calendar and start planning your Vegas bachelor party today.