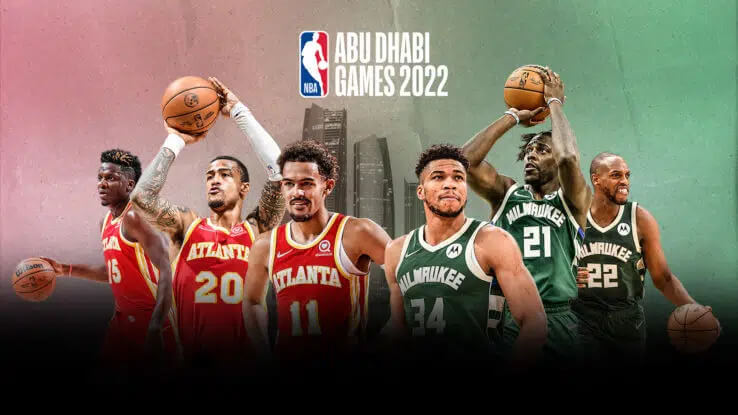 Two pre-season NBA games will take place in Etihad Area, Yas Island in Abu Dhabi on October 6, 2022, and October 8, 2022. This will be the league’s debut in the Arabian Gulf region, with a very exciting matchup between the 2021 NBA champion Milwaukee Bucks and the Atlanta Hawks!

Get your tickets here

The players to watch on the Atlanta Hawks include two-time all-star player Trae Young. He is the second player in history to lead the NBA in assists and total points. Young’s teammates include all-rookie team players John Collins and Bogdan Bogdanović.

The Milwaukee Bucks are the 2021 NBA champions and boast a very strong team lineup. The team includes fan favorite Giannis Antetokounmpo, who holds a two-time Kia MVP title. The Bucks also have a strong defensive side, anchored by Jrue Holiday, a three-time NBA all-defensive star.

When is the Abu Dhabi NBA game?

There will be two games, both taking place in October 2022 — one on Thursday October 6, and the other on Saturday October 8.

Where will the games take place?

When do tickets for the Bucks vs. Hawks go on sale?

Tickets are available now on ticketmaster.ae.