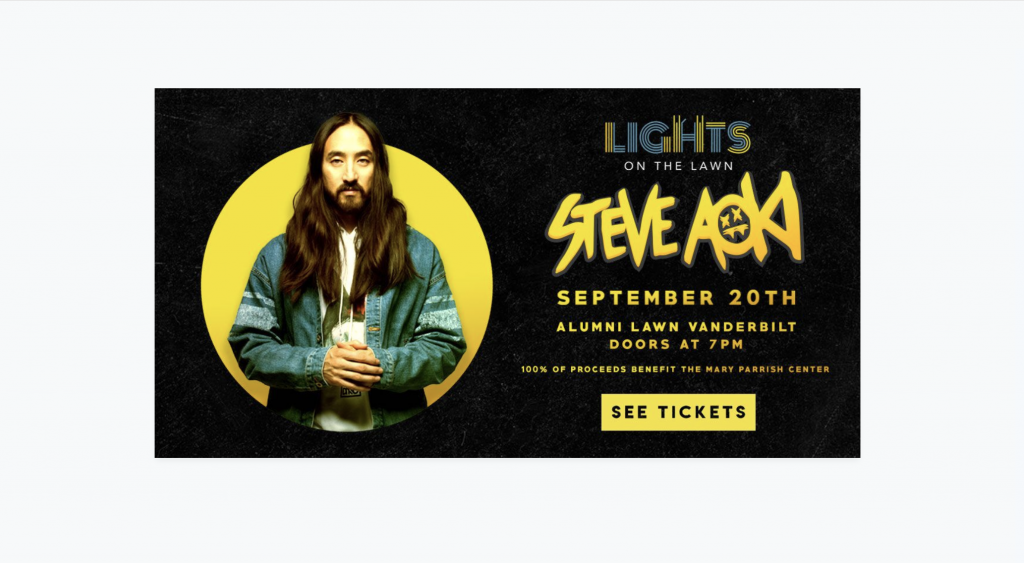 The annual Lights on the Lawn Benefit Concert has become known for bringing big name EDM artists to the city of Nashville over the past seven years.

From The Chainsmokers, to Gryffin, to Louis The Child, to this year’s headliner Steve Aoki, the show has featured the best of the genre’s emerging talent, all for a worthwhile community cause.

Since 2013, the event has raised over $457,000 for the Nashville-based Mary Parrish Center for Victims of Domestic & Sexual Violence, and this year that number is set to rise again.

The show will return for its seventh time with Steve Aoki playing to an audience of thousands on Vanderbilt University’s Alumni Lawn on Thursday, September 20.

Lights on the Lawn Tickets

Behind the music and the philanthropy is a group of students who work for months to organize the entire event, under the direction of its founder, Teddy Raskin, and partner, Shane Selig.

Started in 2012 during Raskin’s junior year, Lights on the Lawn originally began as a fundraiser to help his paralyzed fraternity brother return to campus. Planned almost entirely on his own with the help of his friends Shane Selig and Dan Feldman, the first year was headlined by The White Panda, and raised $90,000 for their cause.

“The first show completely blew away my expectations. I had never felt so accomplished and so exhausted at the same time. I knew I wanted to do it again, but I couldn’t do it on my own.”

In the years since, planning the event has become a group effort by students who wanted to carry on its legacy, along with Raskin himself, who took a role at Ticketmaster, and has continued to stay involved with Lights on the Lawn as an adviser since graduating from Vanderbilt.

With his help, the show has grown from a campus benefit to one that has attracted the interest and attendance of the greater Nashville community. This is due in part to the support its provides for the Mary Parrish Center, as well as the big name acts they attract to the city.

This year continues to solidify its growing legacy. Headlined by EDM mainstay Steve Aoki, Lights on the Lawn is set to raise record donations, while staying true to its roots, and this year the event is elevated by way of this legendary headliner. 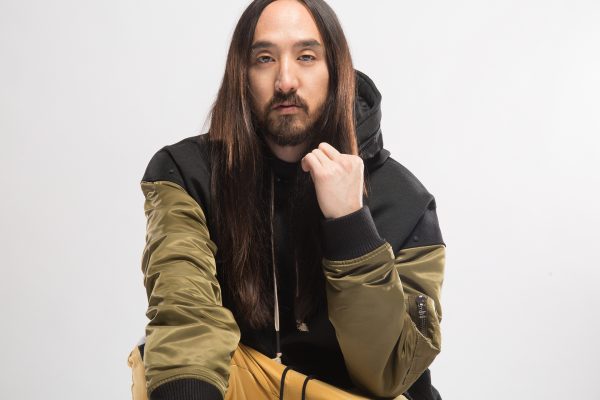 Past Lights on the Lawn headliners like Louis The Child (2017), Gryffin (2016), and The Chainsmokers (2014) drew crowds of thousands in Nashville for high-energy sets, and have become some of the most recognizable names in the genre.

No strangers to festivals like Ultra, Coachella, Lollapalooza and more, they brought similar energy to Music City, creating unforgettable experiences for concertgoers.

“This event has always been a celebration of life and the amazing women at the Mary Parrish Center who fought back for theirs,” said Raskin. “We want to celebrate that spirit with everything we do.”

From cryo to lasers to the soundstage at the center of the vast open-air venue, Raskin and his team have spared no effort to make that celebration “Live Nation caliber,” meaning that along with the music, fans can expect a festival-quality experience. 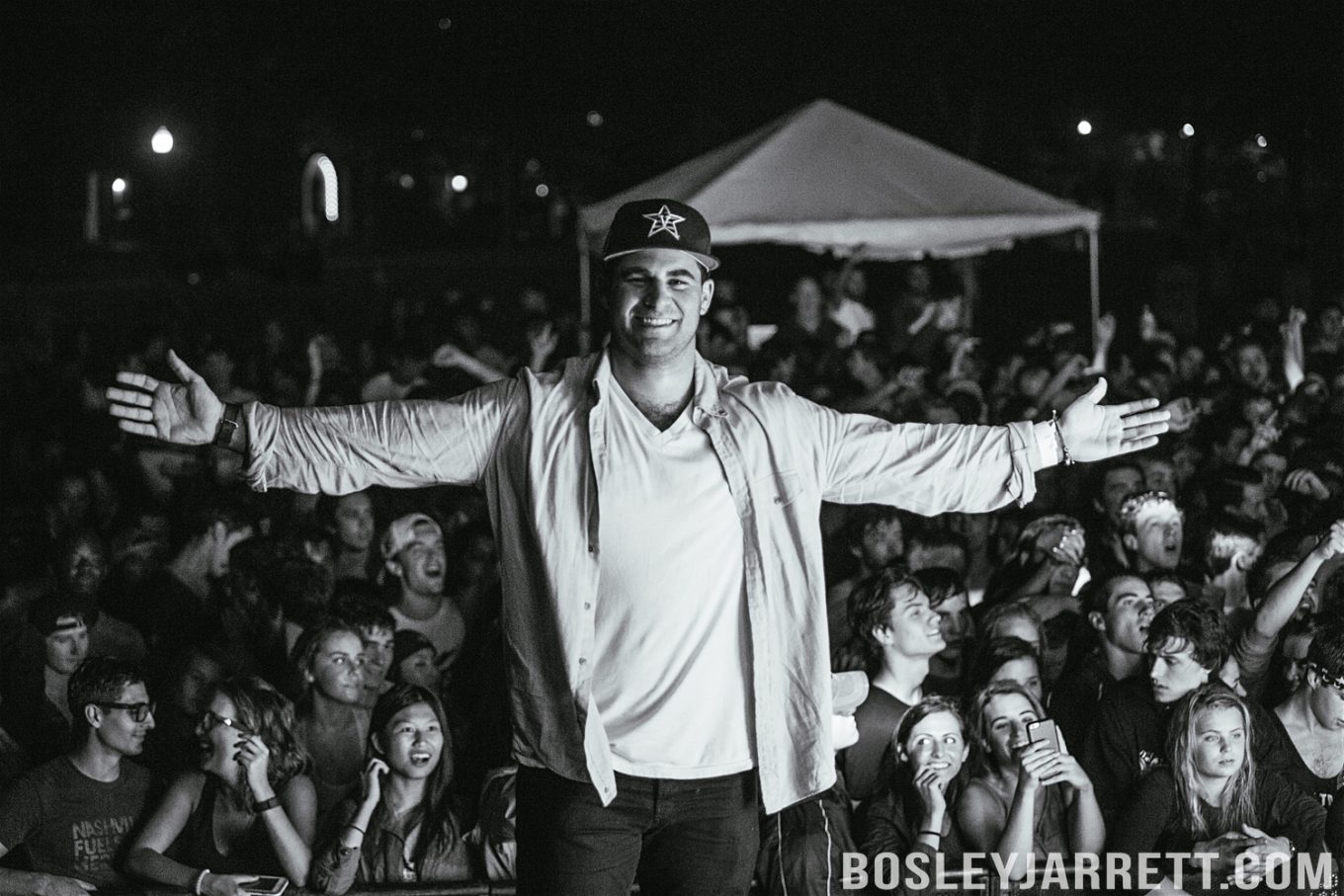 But amongst all the planning and excitement, one priority underlies everything for Raskin and his team—the cause they’re supporting.

“It’s special to build something, but to be in that moment where you’re bringing joy to a couple thousand people and potentially changing the lives of 11 families—that is hard to put into words.”

Watch Lizzo Video Interview It all starts with a shot of tequilla. A wiggle. And the transfer of some energy among the squad. Ticketmaster Insider caught up ...