10 Hollywood Stars Lighting Up Broadway in 2015 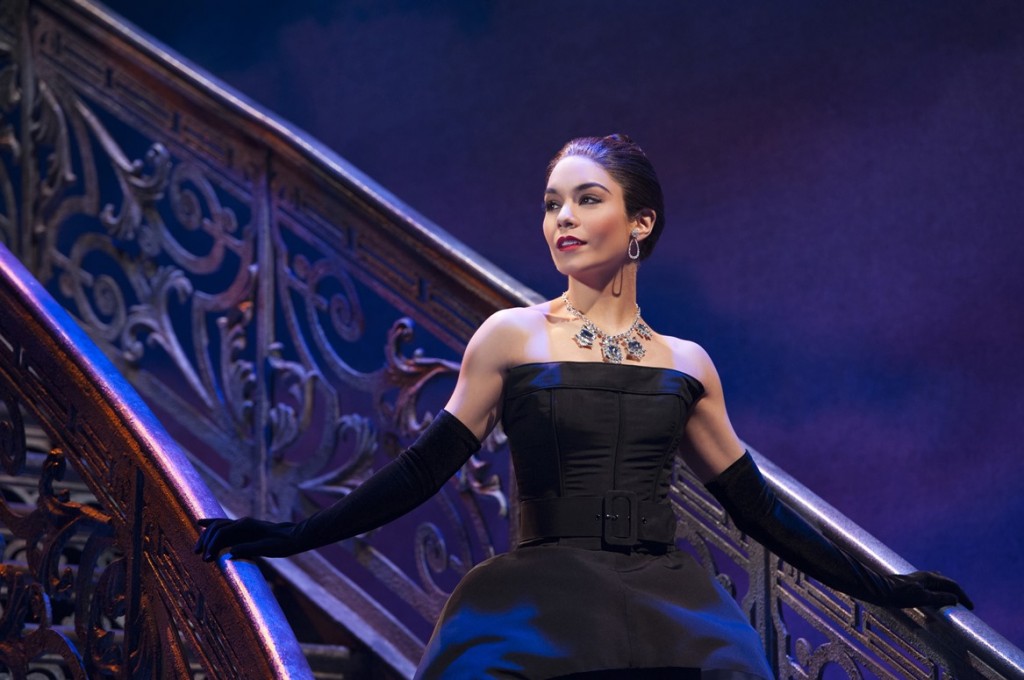 In the grand tradition of actors who’ve found success as recording artists (Jennifer Lopez, Jared Leto) and musicians who’ve achieved silver screen glory (Ice Cube, Justin Timberlake), an increasing number of A-list Hollywood actors are showing off their dramatic chops in high-profile Broadway roles. This latest trend in entertainment line-blurring doesn’t come as much of a surprise — many film actors get their start in stage productions — but it certainly adds a fun and glamorous twist to the already-dazzling allure of Broadway productions.

The 2015 show schedule is in and it promises to be one of The Great White Way’s most star-studded years yet, with more big names than ever hitting the stage in a variety of top-notch productions. From Broadway newcomers making their debuts to seasoned veterans making triumphant returns, here are the 10 actors we’re most excited to shout “bravo” for in 2015.

Vanessa Hudgens – Gigi
The Disney sweetheart turned indie ingenue is set to make a splash in 2015 as Gigi in the musical adaptation of Collette’s famous novel — the same role that launched Audrey Hepburn to stardom more than half a century ago.

Larry David – Fish in the Dark
The brilliantly bumbling comedian behind beloved HBO series Curb Your Enthusiasm makes his Broadway writing and acting debut in 2015 with this star-studded black comedy, which follows 15 relatives as they deal with a death in the family. The highly anticipated production is already one of the season’s hottest tickets — its advance sales shattered Broadway records.

Anna Chlumsky – You Can’t Take It With You
Emmy darling Anna Chlumsky replaces fellow A-lister Rose Byrne as Alice Sycamore in this staging of the beloved George S. Kaufman and Moss Hart play. She’ll be joined by a bevy of Broadway heavyweights including James Earl Jones, Kristine Nielson, and Annaleigh Ashford.

Keira Knightley – Thérèse Raquin
Fresh off her 2015 SAG nomination, the period-piece veteran travels back in time once again to portray the titular character in Helen Edmundson’s new adaptation of the novel by Émile Zola. With a torrid plotline involving an arranged marriage, infidelity, and murder, this is one Broadway debut not to be missed.

Jake Gyllenhaal – Constellations
The Oscar-nominated superstar takes a break from his steady diet of big-budget Hollywood productions to topline this British two-hander (a story with only two characters), where he plays a beekeeper engaged in a cerebral romance with a scientist studying quantum mechanics.

Elisabeth Moss – The Heidi Chronicles
Moss, the Golden Globe-winning actress best known for her role as Don Draper’s secretary in AMC’s Mad Men, stars as the eponymous Heidi in this revival of the Pulitzer Prize-winning drama, which follows the life of an art historian as she grapples with love, feminism, and the glass ceiling. It’s the first time The Heidi Chronicles has graced the stage since its original run in 1990, making it one of the year’s most anticipated openings.

Jason Biggs – The Heidi Chronicles
The American Pie star and Orange is the New Black cast member joins Elizabeth Moss and Bryce Pinkham in the buzzed-about revival, where he’s sure to amuse and infuriate as philandering magazine editor Scoop Rosenbaum.

Carey Mulligan – Skylight
Academy Award nominee Carey Mulligan stars opposite Bill Nighy in the Broadway transfer of this London hit, a tumultuous story of love and loss that won the Laurence Olivier Award for Best New Play upon its debut in 1995.

Sam Rockwell – Fool For Love
The scene-stealing actor in films such as Matchstick Men and The Hitchhiker’s Guide to the Galaxy returns to the Broadway stage in 2015 to replace fellow actor Chris Pine as Eddie in Fool For Love, an emotional masterwork that explores the deeply complicated bonds of a pair of ex-lovers.

Nina Arianda and Sam Rockwell will star on #Broadway in an acclaimed revival of Sam Shepard’s drama “Fool for Love” http://t.co/HVdT0rVRf6

With so many big stars taking bows on Broadway in 2015, there’s plenty to look forward to. Let us know who you’re excited to see in the comments.

All this theater talk got you in the mood? Browse shows on Broadway or see what’s happening close to home.