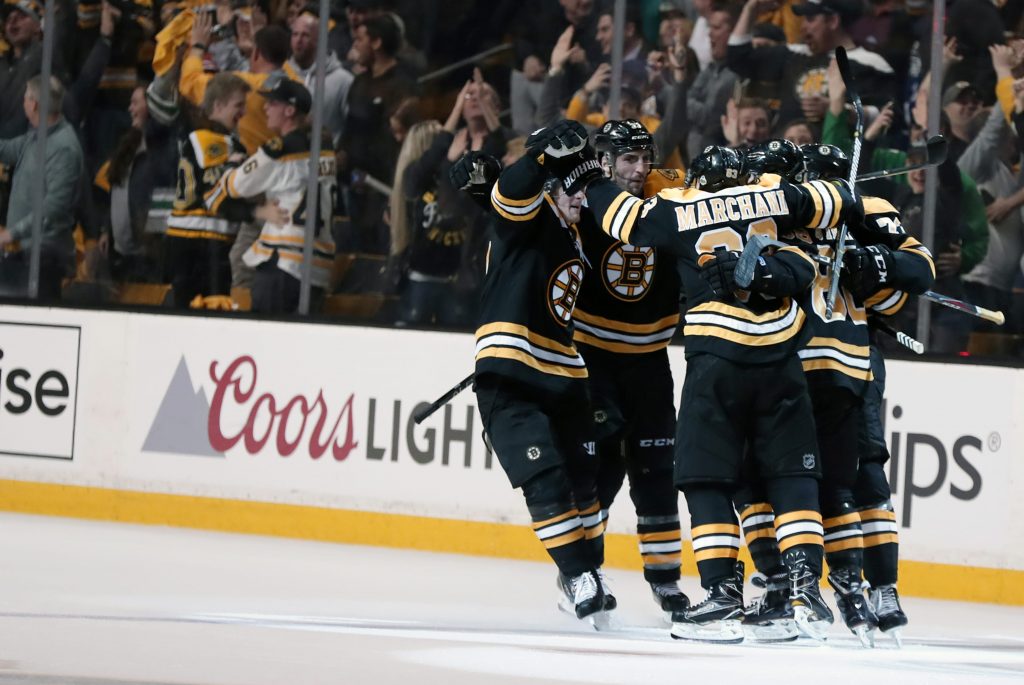 When Do the Boston Bruins® and the Philadelphia Flyers® Play Next?

Are the Boston Bruins® and the Philadelphia Flyers® Rivals?

Who Are the Biggest Rivals of the Boston Bruins®?

Along with the Philadelphia Flyers®, the Boston Bruins® have a strong rivalry with the Montreal Canadiens®, Toronto Maple Leafs® and the Tampa Bay Lighting®. All placed in the Atlantic Division of the Eastern Conference, these teams consistently match up in the playoffs, leading to a strong resentment for each other.

Who are the Biggest Rivals of the Philadelphia Flyers®?

The Philadelphia Flyers® are rivals with the Boston Bruins®, the Washington Capitals® and the New Jersey Devils®. They also maintain a heated rivalry with the Pittsburgh Penguins®, dubbed “The Battle of Pennsylvania.”

The Boston Bruins® and the Philadelphia Flyers® first met in 1967; however, the rivalry didn’t take off until ‘70s when the Bruins and Flyers met in four different playoff series. Known respectively as the “Big Bad Bruins” and the “Broad Street Bullies,” each team was dominant in the ‘70s. The Bruins were led by the legendary Bobby Orr and Phil Esposito and the Flyers by NHL® Hall of Famer Reggie Leach. Their first playoff meeting was in 1974 when the two hard-hitting teams met in the Stanley Cup® Finals. During this season the Bruins led the league in offense with their four players, Esposito, Orr, Ken Hodge, and Wayne Cashman being the 1st through 4th top-scoring players in  the league. The Flyers were also an impressive team. Their defense tied the Chicago Blackhawks® for the lowest number of goals allowed, and their goalie, Bernie Parent, had a record 47 wins. That record wasn’t broken until the 2006–2007 season.   This win was even more impressive due to the Flyers’ 4-20-4 record against the Bruins since the development of their team in 1967.

Since this first playoff meeting, the rivalry was born. The Flyers beat the Bruins again 4-1 in the 1976 Semifinals. This was followed by the Bruins beating the Flyers the following two years in the Semifinal games 4-0 in 1977 and 4-1 in 1978. The rivalry ebbed and flowed over the next few decades until their next meeting in the 2010 Conference Semifinals. The Flyers had an immaculate comeback, winning the series after they were down three games. The following year, the Bruins defeated the Flyers 4-0 in the 2011 Conference Semifinals. The two teams met once again in the 2020 Eastern Conference Round Robin games (Round Robin was due to the shortened season because of the COVID-19 pandemic) with the Flyers winning 4-1. The Philadelphia Flyers® have won four playoff series to Boston’s three, with an all-time record of 133-77-21-13 favoring the Boston Bruins®.t

Where Do the Boston Bruins® and the Philadelphia Flyers® Play?

The Boston Bruins® have played at the TD Garden in Boston, Massachusetts, since its opening in 1995. TD Garden was the replacement for the Boston Garden, which was the Bruins’ home from 1928–1995. (Read more: Step Inside TD Garden)

NHL and the NHL Shield are registered trademarks of the National Hockey League. NHL and NHL team marks are the property of the NHL and its teams. © NHL 2022. All Rights Reserved.