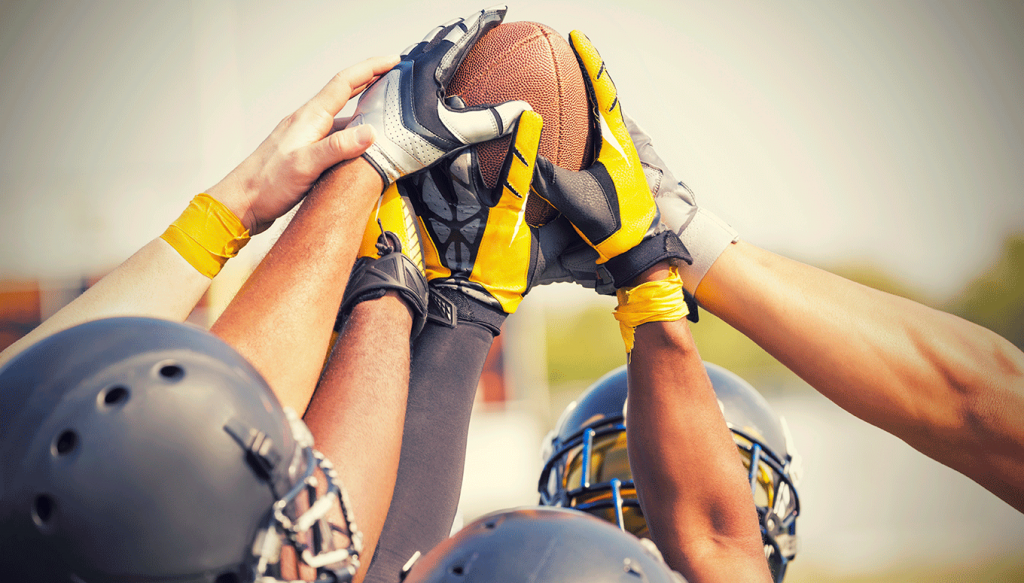 The Super Bowl can regularly be counted on to produce indelible moments in football history. Now, thanks to the rise of social media and smartphones, not only can viewers witness the jubilation of winning players on the field and the crowd in the stands, but also fans at home.

Reaction videos have become as fun to watch as the winning touchdown sometimes, and here’s 10 of our favorite fan reactions in the social media era

We start with Captain America himself, Chris Evans. Hailing from Massachusetts, Evans was on-hand to watch his favored New England Patriots complete their stunning comeback victory against the Atlanta Falcons in Super Bowl LI. After James White scored in overtime, Evans went into a jumping frenzy, wildly high-fiving mates and screaming his lungs out, celebrating as if the Avengers had just saved the world again.

For No. 2 we take you back to February 2010, Super Bowl XLIV. It was a season of destiny for the New Orleans Saints. Five years after Hurricane Katrina, the Saints brought home the long-coveted Lombardi trophy, and boy can you feel the collective happiness in this video. Shot as Tracy Porter returned a Peyton Manning interception for a touchdown, the entire New Orleans bar erupts in chaotic wonder and cheering. The scene culminates in a spine-tingling rendition of “Who Dat?” the team’s cheer with an accompanying song recorded by Baton Rouge native rapper Kevin Gates.

You can practically hear the “Go Pack Go” chants rolling across the frozen tundra now. Imagine how loud it was in 2011 at Super Bowl XLV when the team from Title Town, USA, bested the Steelers. Better yet, just listen to crowd in the video watching the game not a mile from Lambeau Field. After an incomplete fourth-down Steelers pass sealed the win for the Packers, the entire state of Wisconsin and the fans in the video were discount double-checking all over the place and tossing the cheesehead hats in the air in joyous celebration.

You knew it was coming, didn’t you. When Malcolm Butler intercepted Russell Wilson’s goal line pass to earn the Patriots a victory in Super Bowl XLIX, the entire watching world was stunned. Patriots fans, on the other hand, were overcome with wild emotion (and a good mix of disbelief) after seeing their Pats take home the trophy yet again. This family runs the whole gamut, from a despondent “just let him score” to sibling bodyslams and “ARE YOU KIDDING ME.” It was a sight unseen in Super Bowl history, and one that spawned countless incredible reactions like this one.

Alas, not all reactions to the Butler INT were happy ones. Seahawks fans in particular were left aghast, confused, heartbroken and so on. Check out the reactions at this watch party, it’s almost like a Renaissance painting. The more you look, the more you see. There’s the large contingent of Seahawks fans promptly distraught at the turn of events and the pocket of quietly fist-pumping Pats fans, but the best is the lady in the red cardigan on the first couch whose mouth remains open in astonishment for a full minute. Chins up Seattle, you still have that championship beatdown of the Broncos to turn to.

It’s been 30 years since the Chicago Bears last tasted Super Bowl success, but after Devin Hester returned the kickoff of XLI for a touchdown in the most magical Bears season in recent memory, you couldn’t blame fans like Bill Swerski from thinking they’d soon hoist the trophy again in 2007. Even though we join this reaction video midway through, the intense delirium these Bears fanatics are whipped up into is a heart-pounding scene and total pandemonium. Though it wasn’t meant to be that year, the sports world will always have “Devin Hester, you are ridiculous!”

The Baltimore Ravens will always remember Super Bowl XLVII for the clutch, three-point victory they engineered against the San Francisco 49ers. After time runs out and the win was in the books, this fan-made video takes a great panorama view of the Ravens fans rejoicing in jubilation.

Listen, we’re breaking the rules a little bit here, given this a reaction to a NFC Championship game, but there’s no possible way we couldn’t include this dad’s energetic, adoring love letter to Larry Fitzgerald delivered to the TV after the Arizona Cardinals earned the right to play in Super Bowl XLIII. Some of our favorite lines include: “You are the best!” “Nobody else comes close to you!” “Holy cow, Fitzgerald!” “Nobody will ever stop you!” Watch, and bask in the awe of the Larry Fitzgerald-loving dad.

The Cardinals’ opponent that game? The Pittsburgh Steelers. And in a game that came down to the final plays, it was one prescient youngster in this reaction video who knew what it would take to win for Steeltown to win the Super Bowl. After bringing up Santonio Holmes before the snap, the kid and his family soon jump up in excitement when Ben Roethlisberger hooks up with Holmes for the winning TD at the back of the end zone. After seeing a replay of Holmes’ two feet inbounds, the family (and their dog, seemingly very confused, but also excited, by all the clapping and yelling) really let loose.

There’s nothing more tense than a mixed watch party. When the New England Patriots and New York Giants tangled for second time in a championship, you knew one fanbase would be out for revenge, with the other out to prove it had enough to win again. Red shirt guy is the one to watch in this Giants-Patriots fan reaction video. From planking on the ground (hello 2009 fads!) to uproarious and frenetic body spasms that follow his Giants win, this is one for the ages.

Enjoying Super Bowl LIII Outside of the Big Game

Installations, memorabilia, live music, and so much more.

U.S. Bank Stadium is considered one of the loudest stadiums in the country, as the translucent roof and walls create an acoustically reflective environment. ...